Whiskey with Wes: Van Winkle 12 year is better in cocktails (and ice cream!)

You haven't lived until you've tried bourbon in your peach cobbler a la mode.

Share All sharing options for: Whiskey with Wes: Van Winkle 12 year is better in cocktails (and ice cream!)

The Van Winkle family has a long history of making the best bourbons in the world. As was pointed out in the comment section of my first review, Pappy 20 might be one of the best bourbons of all time. Van Winkle makes a 10 year, a 12 year, a 15 year, a rye, a 20 year and a 23 year. For this tasting, we'll be trying the the 12 year -- specifically the 2013 Lot B 12 year. 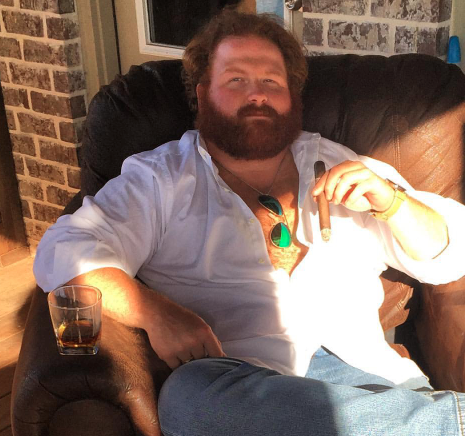 I am very reluctant to write about this tasting because of the potential negative feed back, however, I can say that the 2013 Van Winkle Lot B 12 Year whiskey was underwhelming, at least neat. I know what you all are thinking, "Pappy, you are hating on Pappy"? Well... yes, I am.

I was at a dear friend's house Sunday -- let us call him El Jefe -- and we decided to pour some great bourbons. I took out my trusty Four Roses Mole Skin and began to take some notes on the evening. The tasters in question were myself, El Jefe, The Reaper, and lets call my other friend Harjo. Is there any better way to enjoy the Fourth of July on the 3rd with your bros than drinking whiskey? The answer is no!

Color: The color is a light golden amber. Not quite Jurassic Park mosquito in amber, but a clean, clear, young looking amber.

Aroma: The initial smell had a dusty-burlap-sack-full-of-corn-dust smell that was pleasant and intoxicating. The nose on this thing is that of a barn filled with hay and wood from 1890. I picked up some earthy wood qualities that had me intrigued, as well as a lovely red pepper spice.

Palate: The initial taste was a burning on the upper lip. This bourbon seemed to be slightly oxidized to me. The drink covered my entire palate like a tannic wine, but not as pleasing. The Reaper added about a quarter ounce of water to his, which was too much and diminished the flavor. To get a better feel for this whiskey I added seven drops of water to open it up. I then picked up a nutty vanilla but it was faint. Although this bourbon is only a little over 90 proof, it has a mouth gripping burn that was somewhat unpleasant.

The Reaper turned to me and exclaimed, "Julien probably mixes this bourbon, let us go make a cocktail". I had brought an array of bitters and some expensive vermouth, so we decided to make a couple of cocktails. The first drink we made was an Old Manhattan, and the second was a Bourboned Sazerac.

These cocktails were fantastic and the Old Manhattan was one of, if not the best cocktail I have ever had.

Later on in the night, Mrs. Jefe made peach cobbler and homemade vanilla ice cream, which gave me an amazing idea: I added an ounce of Lot B to the ice cream and the peach cobbler. Suddenly, the world was not such a bad place. If you are drowning and someone tosses you a life raft on one side and a peach cobbler ice cream bourbon on the other, take the latter and die happy. Try this immediately, maybe add bourbon to a milkshake or some grilled peaches. Oh now I am hungry.

Lot B isn't the best whiskey to drink neat -- I think it needs to be given another 3 years and not be cut as much in order to be an all time great like its older brother, Pappy 15. With that said, Lot B for me is a one of the best cocktail whiskeys money can buy.

The point is, you wont know until you try it. Go try some bourbon, and happy Whiskey Wednesday!