There were a lot of really tough picks but it ultimately came down to Kentucky being really, really good.

It's finally here! That crazy time of the year when everyone at work is not working and instead hiding in the bathroom to tune into pointless 5 vs. 12-seed games on their phone; that insane time of the year when everyone is fighting for bragging rights against peers, friends and significant others over who can select the coolest mascot or the dopest school colors that go best with your J Crew chinos.

Yes, it is March Madness time. And the Ole Miss Rebels have put on their dancing shoes and joined in on the fun. They'll take on the Cougars of BYU on Tuesday in the play-in game to face Xavier in Jacksonville, Fla. It's not the easiest test for an Ole Miss team that fizzled down the stretch, but they're in nonetheless.

My bracket is sure to be an absolute disaster. Just like everyone else filling one out, I'm picking Kentucky to win it all in Indianapolis. Why you ask? Is it because I have #SECBASKETBALLFEVER after being in Bridgestone Arena with 15,000 Ashley Judd groupies? No. Is it because the Wildcats are 34-0 and it looks like John Calipari is playing a video game? Yes, pretty much.

Here's a look at my bracket (click to biggify): 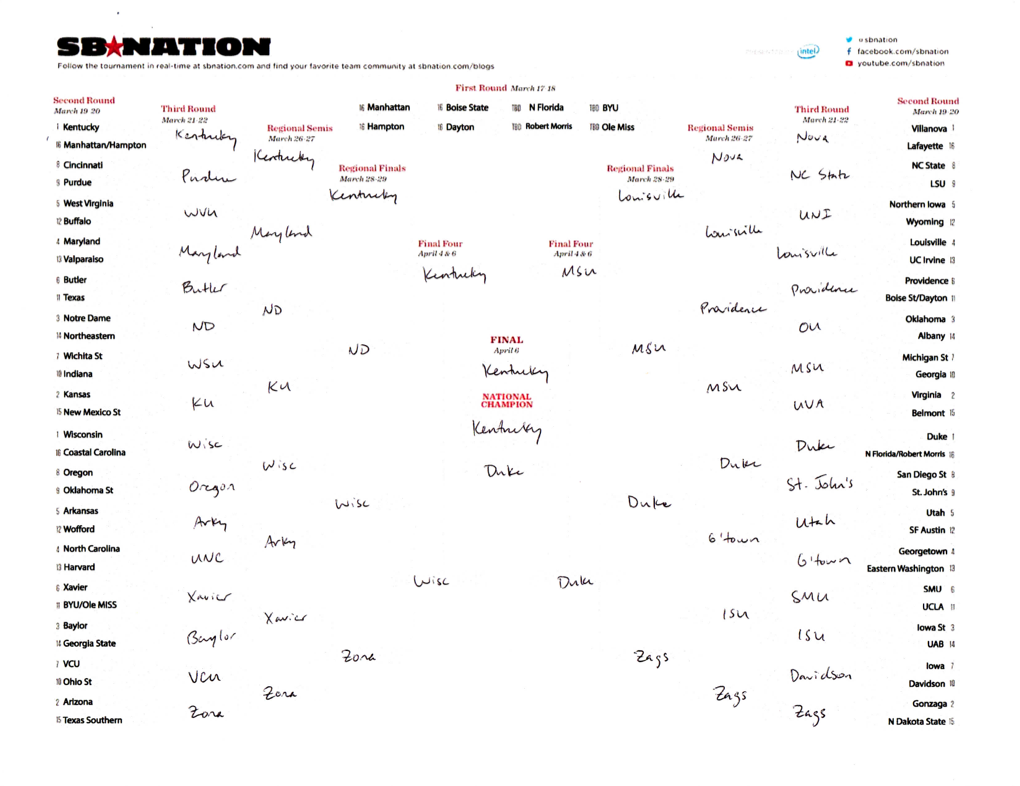 As far as my non-Kentucky picks, here are some scolding hot dumpster fire takes on how I conjured them up.

Think my picks are dumb and awful and yours are way better? Join Red Cup Rebellion's bracket pool and prove it! Happy fill-out-a-bracket-and-get-incredible-angry-at-yourself-for-picking-that-team season!