The Rebels travel to LP Field in Nashville to take on a Commodore team that got their pants pulled down by Temple last week.

Share All sharing options for: Ole Miss vs. Vanderbilt 2014 preview

I mean, really, what the hell was that, Vanderbilt? An SEC team coming off of three winning seasons playing at home against a team whose most famous football alumnus is Bill Cosby doesn't lose that game. And they sure as hell don't do it by 30 points.

Thirty. Three zero. The fewest times you can score in American football to earn thirty points is four, so there were at least four moments last week when the Temple Owls scored unanswered points against the Vanderbilt Commodores.

Even bad, pre-James Franklin Vanderbilt doesn't lose to Temple by 30. Which is where the second fold of my "what the hell" comes in - Vanderbilt is in no way the kind of team to lose that kind of game in that kind of fashion with any sort of regularity. Last week's shocking Commodore beatdown was most certainly an aberration.

Vanderbilt isn't going to go through their season turning the ball over seven times a game, they're not going to have routine special teams blunders, and they're not going to shuffle among three different quarterbacks and find none to be more consistent or valuable than the others. They'll play much better against the rest of their schedule than they did against Temple, and that begins this Saturday when they face our Ole Miss Rebels.

Vandy's QB situation is a mess

If you got two quarterbacks, you got none. So what does it mean when you have three?

Vandy's QB situation is a mess

This in no way means the Rebels are bound to lose or even fail to cover the 20-point spread. Vanderbilt still doesn't have the talent, particularly on offense, to keep themselves competitive against most of the Southeastern Conference. They're almost guaranteed to lose this one, and likely by a large margin. But, given how poorly they performed in week one, few margins of a Rebel victory within reason will be enough to qualify as anything other than disappointing in the eyes of college football fans and pundits alike.

So, really, what the hell, Vanderbilt? Why'd you have to go and completely flip the script on this game and give us nearly nothing to look forward to? And just when we had a good thing going there, too.

No. 15 Ole Miss vs. Vanderbilt

Derek Mason and his staff looked clueless while cycling through a three-quarterback rotation against Temple last week, and they still haven't named a starter for Saturday. The most likely candidate is Rivers, an LSU graduate transfer who tallied 63 percent of the snaps and was the only one capable of moving the ball against Temple. The other option is Robinette, who won the job out of camp but was benched less than two quarters into the season after starting 4-of-6. One of those two will have to be able to establish some semblance of a rhythm if the 'Dores hope to stay in this game.

One partial explanation for Vandy's offensive ineptitude last week was the absence of their top running back. Seymour, who led the team in rushing and tied a school record with 14 rushing touchdowns last season, missed the Temple game with an undisclosed injury but is back on the depth chart this week. Mason clearly wants to establish a ground game for his inexperienced passers to lean on, and said earlier this week he intends to hand the ball to Seymour and backup Ralph Webb "as many times as they can carry [it]."

With Denzel serving a one-game suspension and Bryant getting ejected during the second quarter, the Rebs were down to their third-string outside backer against Boise (although Keith Lewis was spectacular off the bench). Denzel's suspension is over and since Bryant's transgression came in the first half, he's also available for Saturday. In the likely scenario that Vandy uses the ground game and passes to the flats to help their quarterbacks, the pair of athletic linebackers will be critical in stopping both. 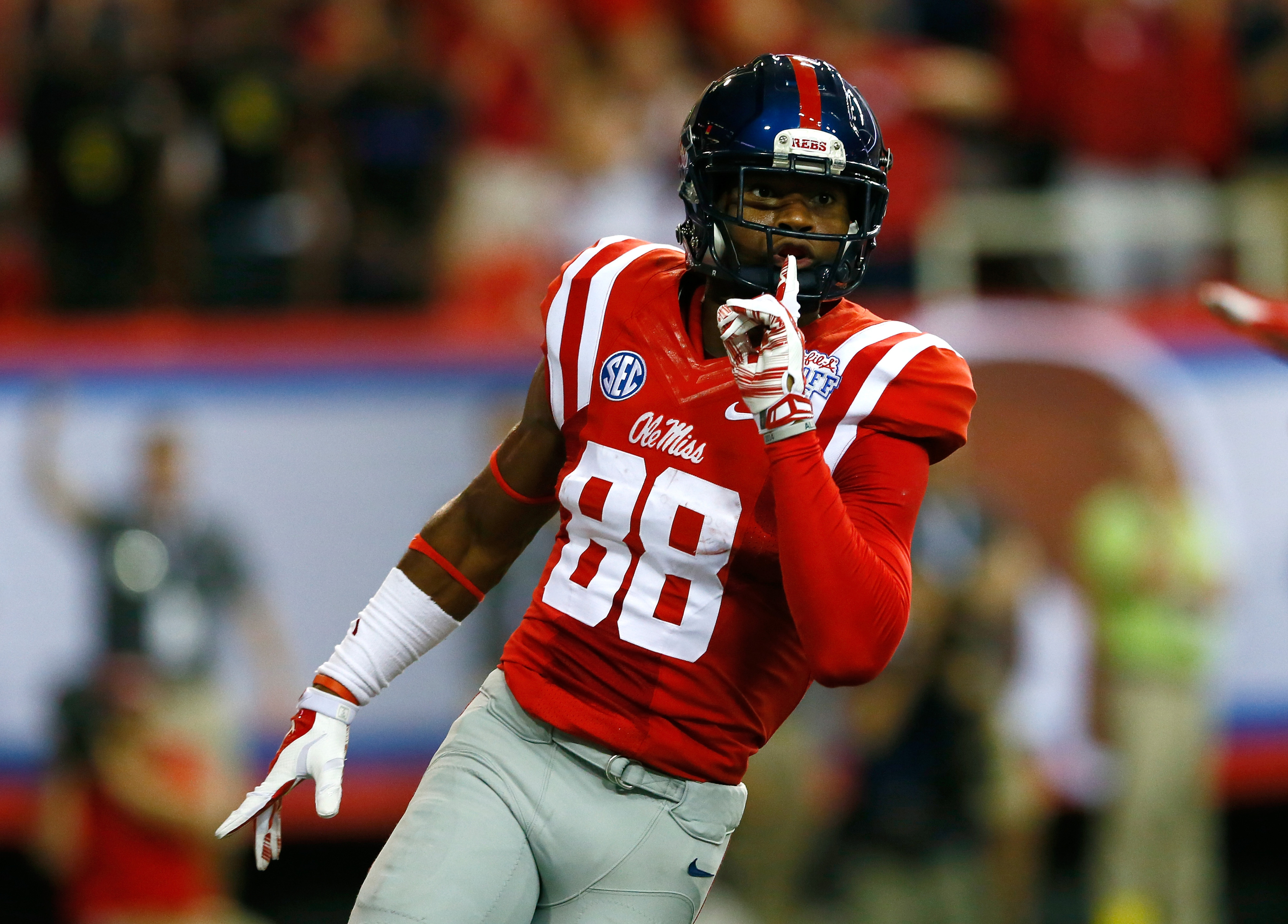 Force Vandy to throw the ball

Until the 'Dores prove they have a reliable quarterback, put the pressure on them. The Rebs can accomplish that in two ways: 1) shut down the run game and 2) build an early lead. On defense, look for defensive coordinator Dave Wommack to stack the box and dare the quarterbacks to beat them through the air. If they can make Vandy one-dimensional, the defensive line can pin their ears back and one of the best secondaries in the league can feast.

If the defense can force the Vandy quarterbacks into early mistakes, their already fragile psyches will start to fray. On the flip side, letting them get into an early rhythm will foster confidence. The moral of the story here is play the run, force them into passing downs, then blitz the hell out of 'em.

For as much time as we've spent harping on the Vandy offense, the Rebels didn't fare much better against Boise up until the fourth quarter scoring splurge. While Bo Wallace's interceptions are an easy coverall, a lot of that had to do with an offensive line that, outside of Laremy Tunsil, was underwhelming. Five of the eight false starts were on the O-line, and an inability to open holes in the run game led to a measly 2.1 yards per carry.

Hugh Freeze said he won't change the starting lineup, but be prepared to see more rotations. Robert Conyers, the only bright spot outside of Tunsil last week, will come in at center and right tackle, and freshman Rod Taylor, who didn't play against Boise, will provide relief at both guard positions.

With a head brewer and founder whose roots are found in Mississippi, Nashville's Yazoo Brewing Company should be your go to beer this Saturday afternoon. Many of their beers are worth your dollar, including Sue, a high-gravity smoked porter, and the ever varying Hop Project IPA. But what has put them on the map is their Dos Perros, a take on dark Mexican beers that doesn't really compare to anything else out there. It's one part Negra Modelo, one part Lazy Magnolia Southern Pecan, and one part something you'd expect out of a tap at a rural English pub. Even then it's more than the sum of its parts, which has made it one of the more celebrated Southern beers.