Back to the Grove, y'all!

Share All sharing options for: Louisiana-Lafayette vs. Ole Miss 2014 preview

Finally football is back in Oxford. After two weeks spent in "neutral" NFL stadiums, the Ole Miss Rebels open their home slate against the Louisiana-Lafayette Ragin' Cajuns. Favored by nearly four touchdowns Ole Miss fans should expect a good time in Oxford, highlighted by a lazy afternoon in the Grove and a raucous evening on the Square.

While inappropriately angry and from Louisiana, there won't be much hostility between the supporters of the Rebs and the Cajuns. We're too excited about this season to get all that upset, and our recent memories with Lafayette have been pleasant to say the least. This past June, the best Ole Miss sports accomplishment of the past year came when the Diamond Rebs won an NCAA Super Regional on the road against a Ragin' Cajuns team believed by many to be the best college baseball team in America. Mike Bianco's Super Regional Curse ended, Ole Miss went back to Omaha, and Rebel fans everywhere tossed a celebratory beer shower.

So thanks, ULL, for being unable to stop Holt Perdzock's base clearing prowess or slip a grounder past Errol Robinson's glove. We can't help but love y'all for that. So welcome to Oxford, enjoy yourself a drink or two, and take your 30-point loss with a smile. Because even if Mark Hudspeth is probably going to treat this game as an opportunity to bolster his resume and find an in to an SEC job, Hugh Freeze ain't one to lose to Sun Belt teams. 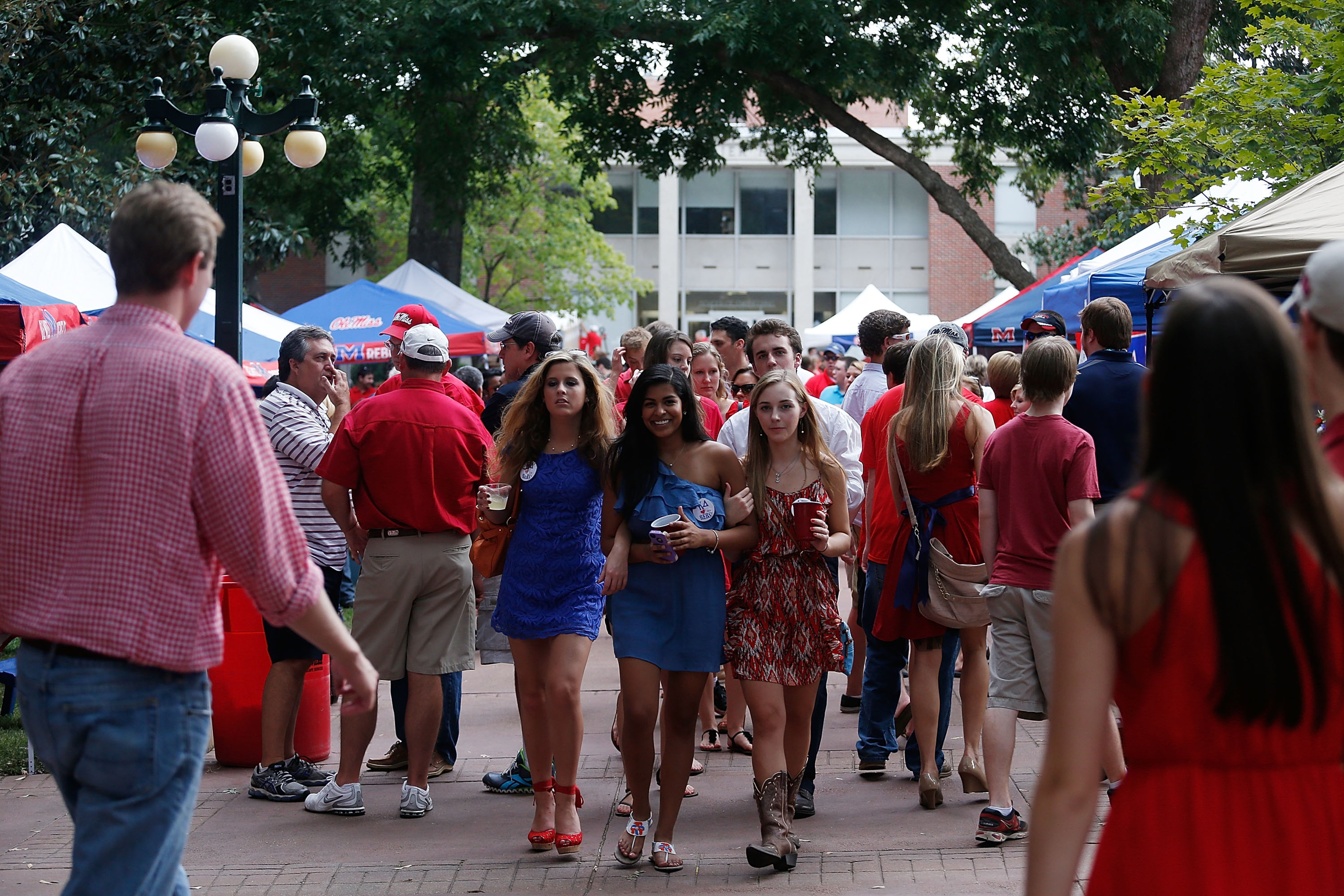 ULL at a glance

Keys to the game

Let's be honest, there's no reason the final score should be within three touchdowns, so it's hard to point to a key area Ole Miss needs to succeed in -- they should dominate every aspect of the game. Still, piling on points early has a three-fold effect:

This has nothing to do with the football game. It's gonna be a long day in the Grove, freshmen. Don't be that guy throwing up in your parents' friend's tent.

Ole Miss came into the season worried that their starting cornerbacks were too small, but the 5'9 duo of Mike Hilton and Senquez Golson have eased those concerns by leading a secondary that ranks first in the nation in passes defensed through two games. Here's the thing though: outside of Boise State's Matt Miller, the Rebel corners haven't faced a starting receiver larger than 6'1, 192 pounds (the 6'3, 213-pound Miller had six catches for 81 yards). We'll have a much better idea of how they fare against bigger opponents after they've faced ULL's Robinson, who comes in at 6'4, 205. Deep routes are the potential weakness of the Rebs' new press-man scheme, and Robinson's team-high 20.1 yards per reception and two touchdown grabs prove he's a downfield specialist.

Lost amidst the offensive fanfare against Vandy was the fact that the offensive line was once again underwhelming (3.6 yards per carry, 28 yards worth of tackles for loss). Morris, who struggled with penalty problems in Week 1, was the worst of the bunch, routinely allowing penetration or failing to get to the second level. If Morris and his buddies can't get it together over the next couple weeks, it could get ugly when the big boys from Bama roll into town.

After claiming he'd scrapped the Big Lig quarterback package during fall camp, Hugh Freeze has put the 300-pounder in the wildcat with increasing regularity through two games. Liggins had four snaps at quarterback against Vandy, running the ball each time. He'll be a valuable short yardage asset moving forward, and every rep makes him more comfortable. Look for Freeze to put the ball in his hands against ULL. One of these days he's gonna throw the ball, and Joe Tessitore's gonna lose it.

This week, you'd be remiss if you didn't enjoy some Cajun cuisine in honor of our Acadian opponents. But let's be honest, it's already Saturday morning, and you don't have time to monitor a good roux. With that in mind, we're drinking a Cajun spiced Bloody Mary with whiskey. Reach for your home bar's bottom shelf, pull off some Old Crow or some other whiskey you don't care about (this is a non-conference game after all). For your mix, grab everything spicy, briney, and smokey from your spice rack: Worcestershire, cumin, horseradish, Tobasco, pickle juice... just go to town on some tomato sauce. Pour a little bit of Coke or Dr. Pepper in that mixture to round out the flavors, and garnish with a chile pepper and some pickled green beans.