We're simulating our own College Football Playoff by pitting Ole Miss teams against each other.

Share All sharing options for: Ole Miss Football and the College Football Playoff: 2013 vs. 2008 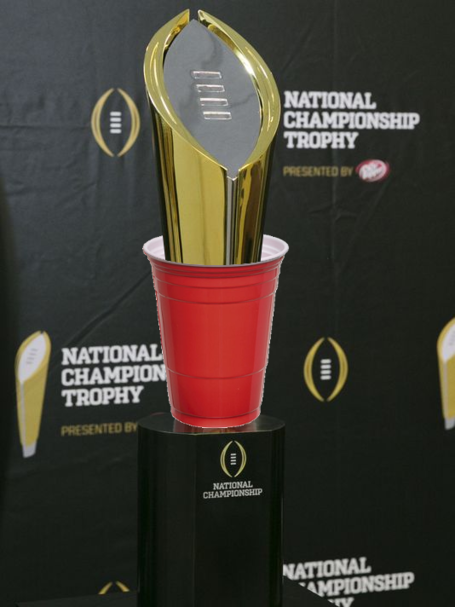 In honor of the new College Football Playoff system, we've decided to conduct a four team historical Ole Miss playoff. We picked four teams to pit against one another for Ole Miss modern era supremacy. Apparently the fourth team was much easier to divine than I had anticipated as I wrote about here.

That playoff begins today. We'll have the other first round poll tomorrow and ultimately culminate with the championship "game" later this week. Yay, offseason.

First off in this experiment, we'll match the 2008 squad against the 2013 squad.

Think back onto the names we associate with that 2008 team. Michael Oher. Peria Jerry. Mike Wallace. Jevan Snead. Houston.... Nutt.

Surprisingly star-studded, the 2008 team was one that recovered from going winless in the SEC to win nine games including an epic comeback in the Cotton Bowl against an 11-1 Texas Tech team. By the end of the year, it seemed they could beat anyone. Everyone remembers that. What people may not remember as easily is that the same team lost to Wake Forest, Vanderbilt, South Carolina, and Alabama.

The team featured likely the best wide receiving corps in school history in Shay Hodge, Mike Wallace, and Dexter McCluster; a solid offensive line; adequate runners in Brandon Bolden and Cordera Eason; one of the better quarterbacks in school history; an incredible defensive line which helped the team lead the SEC in tackles for a loss; two safeties who are currently starters in the NFL; a solid if unspectacular linebacking corps; and a general swagger that led you to believe they could beat anyone. At their apex, they were incredible.

Let's now compare them to the 2013 Rebels. Last season's Ole Miss team featured five Freshman All-Americans. It broke tons of offensive records and unexpectedly beat a top ten LSU team even with countless Rebels out to injury (or suspension in the case of cornerback Senquez Golson). It had a prolific, if inconsistent, passer and capable but otherwise unremarkable runners. The secondary was capable, even without much of a pass rush. While I said the 2008 team probably featured the best receiving corps in school history, you could make an argument against that for this team - Moncrief, Treadwell, Logan, and Sanders made a pretty great group.

It seems pretty obvious how this vote will go, but just for the sake of argument, let's think this out.

I'll break down the units into which team I think was better.

I don't think it's quite as obvious as this vote will likely reflect. I think the 2008 team could hold their own (assuming we're not talking about the portion of the season when Bo's arm was totally shot).

So what do you think? How do you think the matchups would actually work out? What would happen in a hypothetical game between the 2008 and 2013 Rebs? Who would advance if they were in a four-team playoff, a la the new College Football Playoff?