You may need start bringing more beer to the student section, because the 2014 Rebs have brought the long ball back to Swayze.

The Ole Miss athletic department plans on setting off fireworks at the conclusion of every Friday home SEC game this season, a process that began last Friday in a surprisingly impressive presentation of aesthetically pleasing explosions. It's only fitting then that the Rebel baseball team would choose last weekend to set off a fireworks show of their own.

The Rebs pummeled the baseball during a three-game sweep of Missouri, hammering out five home runs in Games 1 and 2 alone. Three of those came from Sikes Orvis, who surged ahead of Will Allen to take the clubhouse long ball lead with six.

We said in our season preview that the success of this Rebel team depended in large part on Orvis and Allen's ability to put up power numbers, a task they weren't up to a season ago. Nearly two months into the 2014 campaign, they're both slugging better than even the most optimistic among us would have expected. Both guys currently rank in the SEC's top 10 for slugging percentage and homers, and Will Allen is tied for the league lead in RBIs. The Rebs went yard just 23 times a season ago, ranking them 12th in the SEC. They're already at 19 this season and sit in second place behind Kentucky.

Sure all of those jacks last weekend came against a frankly miserable Mizzou club, but there's no doubt the beer showers are back at Swayze.

Keeping with the theme of uncomfortably close midweek games, the Rebs needed a two-run, seventh-inning rally to sneak past the Redwolves. Dalton Dulin delivered an RBI single to tie the game at three, and two batters later Braxton Lee executed the first successful Mike Bianco squeeze bunt special to take the lead (that success obviously led to a second, not-so-succesful squeeze attempt later in the week). Jeremy Massie got knocked around in the early going and couldn't manage to make it out of the fourth inning. Scott Weathersby grabbed the win and Josh Laxer earned his second save of the season.

Austin Anderson and Sikes Orvis both went yard in the first inning to open a 3-0 lead and Will Allen did what Will Allen does by driving in another run in the fourth. Chris Ellis bounced back from a lackluster start against South Carolina to allow just one unearned run through 7⅓ innings, but things got sketchy when Bianco opted to pull him in favor of Wyatt Short in the eighth. The freshman surrendered the first two runs of his young career and allowed the Tigers to cut the lead to one, but Laxer entered and shut the door.

This one was tighter than the score suggested, as the Rebs capitalized on a six-run eighth inning to surge past Mizzou late. Missouri ace Brett Graves, who was knocked quite literally out of his usual Friday start by a bizarre stray warmup ball to the head (more on that below), dominated the Rebel bats for the better part of seven innings. With the Tigers leading 3-2 heading into the eighth, Graves was inexplicably pulled and the Mizzou bullpen imploded. The Rebs batted around to turn it into a laugher. Sam "Sunday Sizzle" Smith was decent, allowing two earned runs over six innings.

Past the foul pole 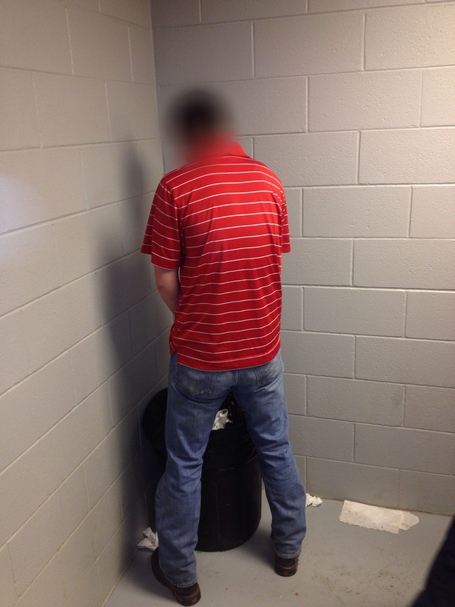 Because Rebelvision has stopped showing the cup races, I have no idea who won what this weekend. Whoever is running @OMSoloCups has completely dropped the ball and they never provide updates. I'm relying on you, Cuppers. Drop it in the comments if you know who won.

Younger kid behind me: 'Dad, why do they throw up water after the home run?'#RebsBSB