I know the lot of you are probably glued to the No. 12 Diamond Rebs and their pursuit of an upset over the No. 1 South Carolina Gamecocks in Columbia, but there's plenty of other Rebel sports action to enjoy this weekend, not the least of which is the Roundball Rebs' second round matchup against the Georgia Bulldogs in the SEC Men's Basketball Tournament. 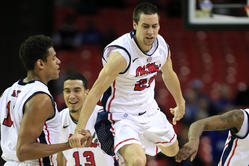 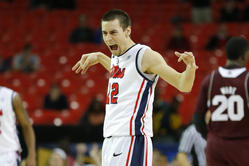 The Rebels, with much social media fanfare, overcame a double-digit deficit last night, turning it into a double-digit victory over the arch Rival Mississippi State Bulldogs 78-66. Georgia, as the No. 4 seed in the SEC Tournament, has yet to play in the conference postseason.

Georgia finished the regular season with an 18-12 (12-6, SEC) record and notched notable wins against Arkansas, Mizzou (twice), LSU, and our Ole Miss Rebels. The two met on February 15, where the Rebs lost 61-60 on a Charles Mann free throw shot with one second to go. Mann, who led the Bulldogs this season with 13.4 points along with Kenny Gaines, had 18 points that night.

Other Bulldogs of note are Marcus Thornton (led team with 6.0 rebounds per game) and Nemanja Djurisic (led team with a .478 3pt %), but really the offense of this squad flows through Mann.

This Georgia team is, as evidenced by their SEC record, a more-than-capable team. The Rebels will be recovering from last night, but if they can play two halves of basketball as well as they played the second half of last night then they should win - and yes, this even assumes the inevitable that the Classic City Canines outperform their Starkvillian counterparts.