Drones, beer showers and catcalls -- the Rebs may not have pulled off the sweep of Georgia State, but it was still a rowdy weekend at Swayze.

A blown lead late on Sunday kept it from being a perfect week, but the Ole Miss baseball team continued to impress in their second round of action. They dropped UT-Martin in the midweek contest, then rolled to wins on Friday and Saturday to take the weekend series against Georgia State.

Much more significantly, baseball returned to Swayze after opening on the road in Florida last weekend. The sun was out and the temperature was in the mid-60s, which made for absolutely perfect Right Field lounging.

Shoutout to The Nkemist for scouting, photos and video. If you ever encounter him in Right Field, walk up and hand him a beer. He'll be the one yelling louder than anyone else. 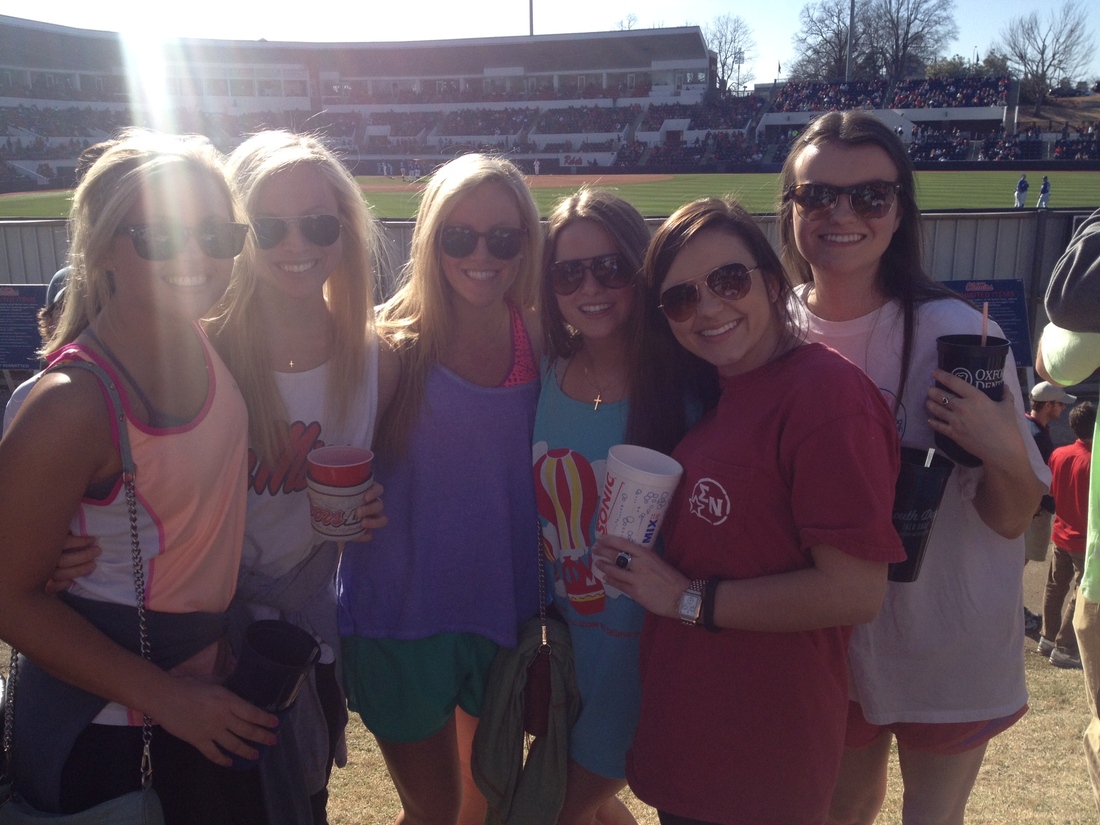 These ladies wanted to be in Right Field Review, so we obliged them.

It started off sketchy for Jacob Waguespack, whose pair of walks in the first inning helped set up the Skyhawks with a one-out, bases-loaded situation. Wags was able to roll a double play to escape the inning, and settled down for the next three. In total, six Rebel pitchers combined to allow just four hits. Scott Weathersby struck out the side in his only inning of work. Ole Miss was clinging to a 2-0 lead heading into the eighth, but broke away with four runs that inning.

Chris Ellis tossed a complete-game shutout, allowing just five hits and humiliating Georgia State's hitters in front of God and everybody. Will Jamison sent a rope to right field in the second inning to bring in the first run, and Preston Overbey came around to score as the Panthers were preoccupied throwing Jamison out at second. The Rebs had a big chance to add on with ducks on the pond in the fourth, but could muster just one cheap RBI on a bases-loaded walk.

Relive the weekend that was.

The bats started off slow on Saturday, with the Rebs leaving men stranded in scoring position in three of the first four innings. Then the fifth inning happened. Auston Bousfield (3-for-6, 4 RBIs) sent a solo shot out to left for the first beer shower of the season, and four batters later, Sikes Orvis (2-for-4, 4 RBIs) sent a three-run bomb into the student section to break the game open. Ole Miss scored all nine of its runs in back-to-back innings. Christian Trent looked great for a second straight outing, overcoming an early earned run to strike out six and walk none over seven innings.

Coming into Sunday, the Rebel staff had allowed four runs in its first six games. Three of the runs on Sunday came off of Sam "Sunday Sizzle" Smith, who contrary to his nickname, did not sizzle. He did leave with a 4-3 lead in the sixth, but the Panthers jumped ahead for good in the seventh with a two-run homer off freshman Cheyne Bickel.

Aaron Greenwood continues to be a cause for concern, as he gave up a solo home run after entering in the eighth. Over four innings pitched this season, he's allowed four hits, three runs and two walks. Those aren't the numbers you want in a closer.

Past the foul pole

Former Rebel bullpen mates Tanner Bailey and Brett Huber were both in attendance in Right Field on Friday, and Bailey made a joke about Preston Overbey being slow as shit.

@PrestonOverbey1 with a triple? What! Did someone fall down and break there leg? #speed