Rarely does this game go according to script. The Rebels are hoping to upset the Bulldogs and blow up the College Football Playoff.

"They remember in November."

Houston Nutt, by way of Frank Broyles, was fond of that college football axiom -- so fond, in fact, that he had it printed on a wall in the IPF. Coaches, players, media and fans have all demonstrated a propensity for short, reactionary memories that focus not on how football teams start their season or even on their overall bodies of work, but rather how they finish.

No rivalry game over the past couple of years demonstrates this quite as well as the Egg Bowl rivalry does. Last season, a 5-6 Mississippi State team fresh off of an overtime win over Arkansas hosted -- as underdogs -- a 7-4 Ole Miss team that had just fallen at home to a top-10 Mizzou team in unimpressive fashion. The Rebels were favored by the oodsmakers to win in Starkville which, as we all painfully know, didn't happen. Ole Miss went on to unimpressively beat Georgia Tech in the Music City Bowl and Mississippi State would blow out Rice in the Liberty Bowl.

Ole Miss, despite having a higher record, was thought of by fans of both schools as having a less impressive season because, again, "they remember in November."

This November has already been one that Ole Miss fans would rather forget. The month kicked off with a heartbreaking loss to Auburn and a gruesome injury to a fan favorite player, continued with what were essentially two weeks off, and reached this point after an absolutely embarrassing 30-0 defeat in Fayetteville. It's been tough for coaches, players and fans. But, the opportunity to play spoiler -- something we'd rather not be in a position to do -- and deny our in-state rivals a chance at the first ever College Football Playoff would definitely make this November worth remembering. 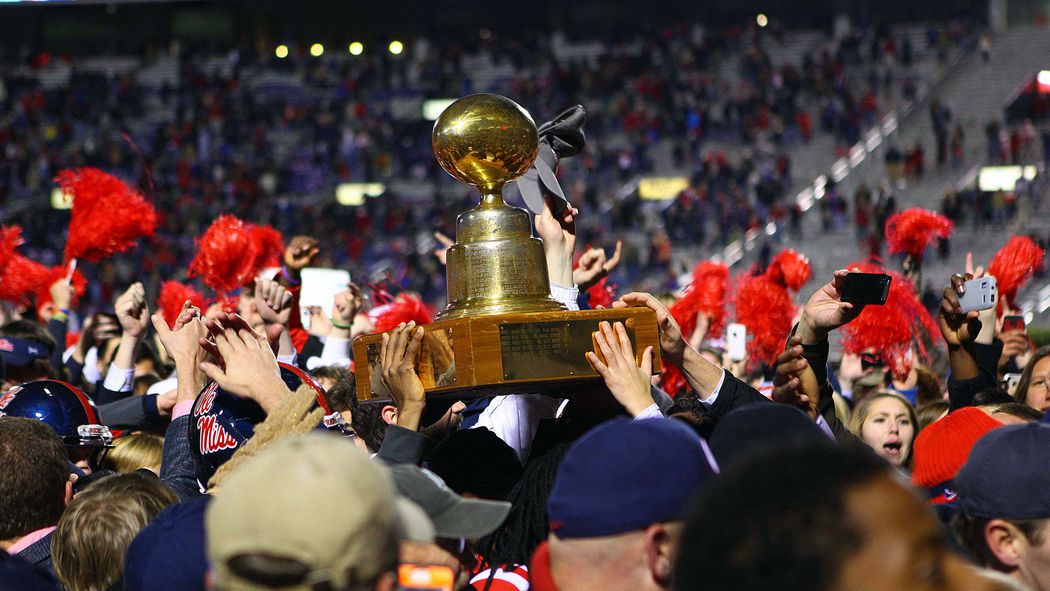 How to tune in

Bo Wallace limped off with a bum ankle during last week's disaster in Fayetteville, and although he returned to the game, it's limited him in practice this week. The good news is that Hugh Freeze said he expects his quarterback to play ("He's looking better every day ... You would have to chain him down to keep him from going"), but how healthy he is will be a major determinant to this game. Limited mobility means an ineffective read-option and a sitting duck for a State defense second in the league with 35 sacks. Bo has rightfully taken heat after yet another turnover debacle, but don't get it twisted: Ole Miss cannot win this game without him. 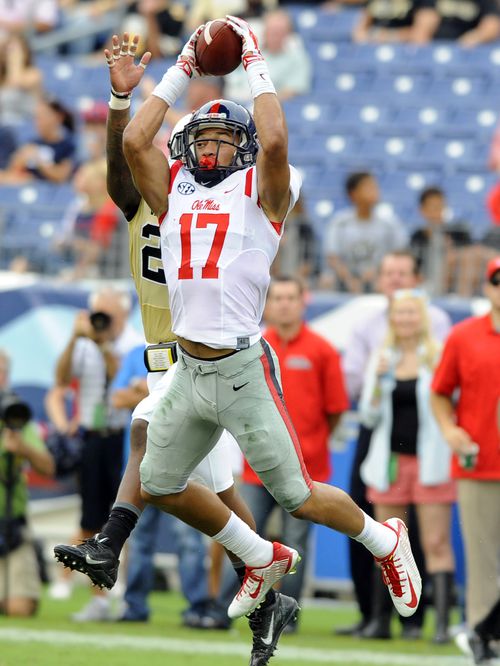 The Rebels' first conference game without Laquon Treadwell did not go well. While that probably had more to do with a collapse of the entire offense than it did the loss of one player, the Ole Miss receiving corps nevertheless needs to step its game up. As the most talented target still upright, that starts with Engram. He was supposed to have a breakout year, but inconsistency has limited his impact. He's had two games over 100 receiving yards and five games with one reception or less. He did haul in five receptions for 65 yards against Arkansas, one of the few positive signs last Saturday. State's secondary has improved as of late (they've allowed an average of just 211 passing yards over the last four games) but it's still the weak point of their team and a vulnerability Ole Miss has to take advantage of to win.

Freeze has a fondness for unorthodox play calls (to a fault, in my opinion) and we've seen it come out in the Egg Bowl. Last season it was the whole Robert Nkemdiche as a 290-pound running back, a ploy that had mixed results and ended when somebody pointed out you can't have two No. 5s on the same offense. If Freeze is willing to pull that type of ploy as a favorite, imagine what he'll do with his back against the wall in a must-win home game. We haven't seen a whole lot of trickery from the Rebels so far this season (Treadwell and Jeremy Liggins passes excluded), so you know Freeze has a bucketful of plays he's just dying to run.

I'm usually not a fan of that sort of thing (when they go wrong it's usually with catastrophic results), but what the hell, it's the Egg Bowl.