Ole Miss vs. Arkansas 2014: Preview, how to watch and predictions

The Rebs are off to Fayetteville to face an Arkansas team still high from their first SEC win in two years.

Share All sharing options for: Ole Miss vs. Arkansas 2014: Preview, how to watch and predictions

Amongst the Ole Miss faithful, there seems to be two camps when it comes to the Rebels' upcoming trip to Arkansas. Camp 1 is your pretty typical optimistic group of college football fans, who think that a top-10 team shouldn't have any issue dispatching a 5-5 team, even on the road in the SEC West. Camp 2 is looking at a slim -3.5 point line, Arkansas' shutout of LSU last weekend, their knack for playing tough competition close (even in defeat), and the shroud of the Ozarks to conclude that this is a letdown waiting to happen.

Well, frankly, I don't know how any of us should feel about this game. Should we be confident that our defense will be strong enough to limit the Hogs offense and give Bo Wallace enough breathing room to guide his offense to the endzone? Should we think that a team that lost half of their games -- even if they've been close ones -- shouldn't reasonably contend against a team that still has an outside shot at a conference title? Should a healthy and rested Laremy Tunsil, Cody Prewitt, and Robert Nkemdiche be enough to overcome the weaknesses that hindered the Rebs against Auburn and the second-half LSU?

Or does Bret Bielema finally have in place a team that's capable of getting over the losing-a-lot-of-close-ones hump and into bowl eligibility? Will Arkansas' physical defensive front limit the already struggling Rebel run game and force Dr. Bo to make bad throws? Will Ole Miss struggle on the road as they did a month ago in Baton Rouge?

I don't know the answer and neither do you, but we're all hopeful that after Saturday the Rebs' extremely slim SEC West championship chances will still be alive. And we have to hope that is motivation enough to will this Ole Miss team to victory. 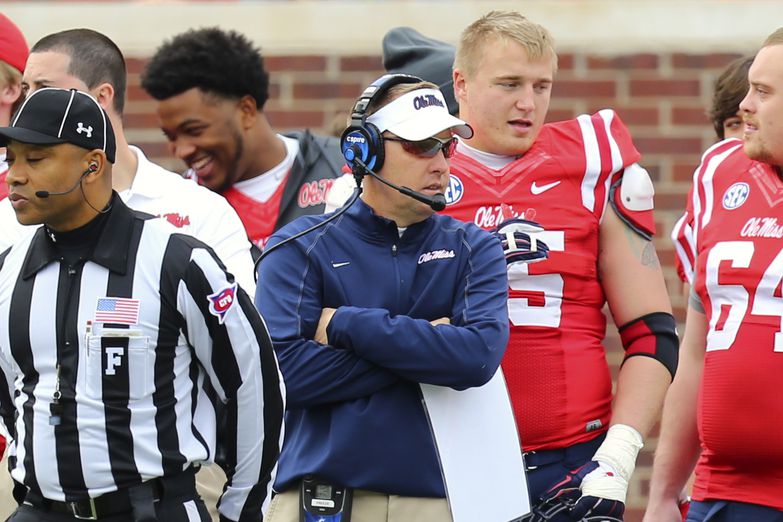 How to tune in

Arkansas' offense presents a problem for the same reason LSU presented a problem: they run a downhill, power run attack that will challenge the Rebels' athletic but undersized front seven. As you'll remember, that attack wore Ole Miss down in Baton Rouge, climaxing in a 95-yard, game-winning drive of which 12 of the 13 plays were runs. The scary thing is that Arkansas runs it even better than the Tigers -- the Razorbacks average roughly 28 more rushing yards per game and over a full yard more per carry. The Arkansas offensive line is massive (they average 325 pounds a man) and Alex Collins and Jonathan Williams form the league's best rushing duo outside of Athens. 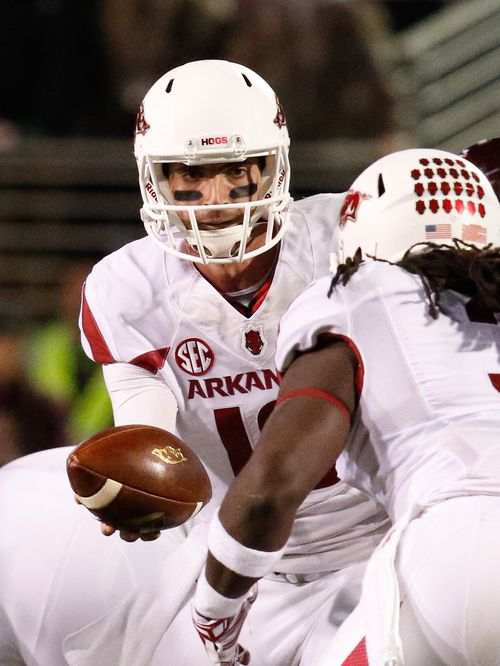 Fortunately, Arkansas' offense also has the same weakness as LSU's: they don't have much of a passing game. They rank ninth in the SEC with 199.9 passing yards per game and tenth with 16 passing touchdowns (Ole Miss is fourth and second in those two categories, respectively).

With that said, Allen has been quietly efficient, throwing 15 touchdowns to just five picks. He's perfectly capable of doing what Bret Bielema's system asks him to do, which is to complete short passes to tight ends and backs off of play action. Take away the run, however, and Allen doesn't have the ability to push the ball downfield himself. If Ole Miss can at least slow the ground game or force Arkansas to play from a sizable deficit, Allen could be in for a long day against the country's best secondary.

A cupcake and a bye week couldn't have come at a better time for an Ole Miss team slammed with injuries after the LSU and Auburn games. Hugh Freeze said this week that outside of Denzel Nkemdiche and Laquon Treadwell, who are done for the season, everyone should be back for this weekend. That includes Cody Prewitt, Robert Nkemdiche, Aaron Morris, Ben Still, Trae Elston, I'Tavius Mathers and, most importantly, Laremy Tunsil. Keep in mind, however, that we've heard something similar about Tunsil before. He was all set to play through that strained bicep against Auburn, then decided during warmups that he didn't have enough strength in the arm and sat the game out. After what amounts to a three-week break, you'd think the training staff has him ready, but you never know what could happen once he starts going full contact in the game. If Tunsil isn't absolutely critical against Arkansas, he certainly is against State, so we'll be keeping a cautious eye on him to make sure he's fully recovered.

Ivory Tower: What the Rebs do to the Hogs on Saturday will, pursuant to Arkansas state court precedent, make Bob Nkemdiche and Brandon Allen common law cousins.