Alabama vs. Ole Miss 2014 preview and how to watch

Share All sharing options for: Alabama vs. Ole Miss 2014 preview and how to watch

This is the game we've all been waiting for.

Ole Miss, ranked as one of the SEC's top teams, is hosting the Alabama Crimson Tide, the most dominant SEC program of the past several years and arguably the best team in all of college football. ESPN's College GameDay is making its first ever visit to the Grove. Vaught-Hemingway Stadium's attendance record will be broken. The Grove will feel like a ten acre can of sardines. The Square's bars and restaurants will be breaking all sorts of fire code violations. There will be CBS cameras, Verne, Gary, Robert Nkemdiche, Nick Saban, celebrity sightings, and probably a blimp or something.

It will be huge, and the eyes of the college football watching world will be upon us.

It's big, and while not a now-or-never moment for Coach Hugh Freeze and company -- one can't help but think that there are games like this coming again in the near future -- it's a situation where a win goes a long way. It keeps the football team undefeated, gives Ole Miss a leg-up in recruiting, excites fans and boosters, and cements Ole Miss as a legitimate top-10 team this season in the eyes of currently skeptical fans and pundits.

A loss... well, it's just a loss. Alabama's still Alabama, and Ole Miss is still Ole Miss. It doesn't exactly kill the program or halt this staff's progress. But it's a failed opportunity and that sucks.

But never mind all of that. This is a huge weekend unlike anything we've seen in years. There's Ole Miss football and all of its accoutrements just waiting to be celebrated. We've waited years for this type of spotlight to be thrust upon us and it's finally here. The only question left is... Are you ready? 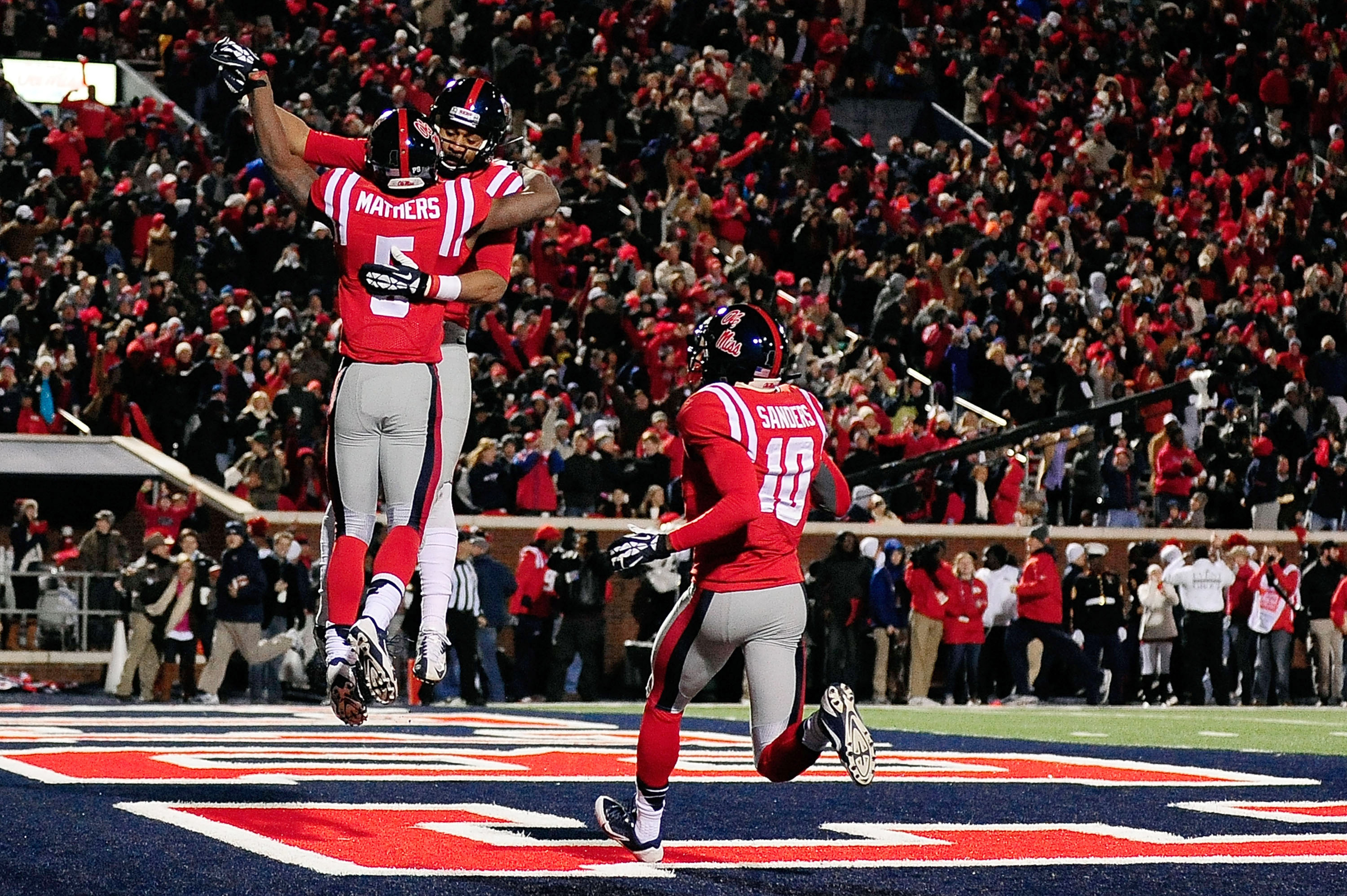 The Rebel offensive front has underwhelmed in run blocking against mediocre-to-bad opponents, and now they face a Bama defense that's allowing just 62 rushing yards per game, third best in the country. Ole Miss ranks 11th in the SEC with 4.0 yards per carry, thanks in large part to an offensive line that has failed to create running lanes and is allowing its ball carriers to be tackled at or behind the line of scrimmage on nearly a quarter of their attempts. If the Rebels can't establish a reliable run game, the pressure shifts entirely onto Bo Wallace. We don't want that.

Bama secondary vs. the spread

The whole "Saban doesn't know how to handle the spread" line is wildly overhyped considering the man has won three national titles during the scheme's rise, but there is some truth to the notion that the Tide's secondary has struggled to handle big wide receivers in space. Against West Virginia this season, they allowed the 6'3, 230-pound Kevin White to pile up 143 yards and a touchdown. The presence of Laquon Treadwell (6'2, 229), Cody Core (6-3, 196) and Evan Engram (6-3, 227) give the Rebels their only bona fide advantage going into this matchup.

Dr. Bo vs. throwing the ball to the wrong team

This pretty much goes without saying, but I'll mention it anyway. If Ole Miss is going to pull of this upset, Wallace is going to need to play a near-flawless game. We saw him do it against LSU last season, so we know he has the ability to step up on the big stage. It helps that despite Bama's defensive reputation, they've forced just two interceptions this season.

Cooper may be the best wideout in the country, and he has 655 yards and five touchdowns to prove it. Ole Miss counters with one of the best secondaries in the country, but the 6'1 Cooper will be a matchup problem for diminutive Rebel corners Mike Hilton and Senquez Golson. That's assuming Golson can stay on the field -- he's been nursing a hamstring injury that cost him much of the second half against Memphis. This would be a great time to have the rangy, athletic Tee Shepard, who was lost for the year back in fall camp.

Coming into the season, Sims was supposed to be a place holder while highly-touted transfer Jake Coker got accustomed to the offense. Instead, the senior has grabbed the reins and become one of the biggest surprises of the young college football season. A break from the game manager mold of A.J. McCarron, Sims is an athletic playmaker who can work outside the frame of the offense -- an ability that lends itself well to avoiding the Ole Miss pass rush. He had a national coming-out party two weeks ago against Florida, torching the Gators for 445 yards and four touchdowns through the air.

It's time. Time to quit being cute. Time to dispense with all formalities. Time to step up our game. If we drink in this manner, maybe our Rebels will play in this manner. With that in mind, let's keep it simple. Get your best whiskey, pour it in your best glass, and try not to get any on your best shirt. Hotty Toddy.