The game was more about Marshall Henderson going 4-of-18, but I've been dying to use that Cox line.

With four seconds remaining and Ole Miss trailing by two, Marshall Henderson jacked up a Marshall Henderson three-pointer from somewhere in the fifth row and airballed, sending the Rebels to their first loss of the season in a frustrating 61-58 game against Kansas State.

Henderson went just 4-of-18 from the field and was 0-of-8 from three land until dropping a big trey with just under six minutes remaining. That shot tied the game at 49 with 5:40 on the clock and looked to be the momentum shifter the Rebels needed, but shaky shooting and even shakier defense doomed Andy Kennedy's squad down the stretch.

In defense of Bo Wallace 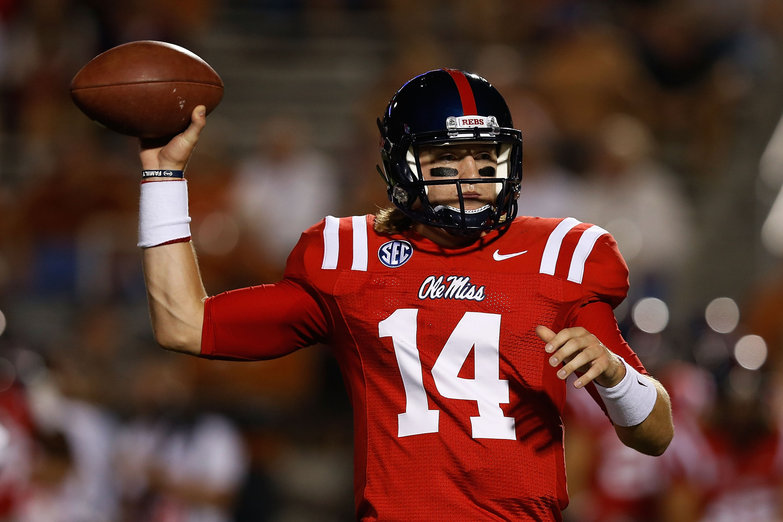 Some people think Dr. Bo should be benched next season after his horrendous performance in the Egg Bowl. Here's why they're dumb and stupid for thinking that.

After shooting 43.5 and 46.2 percent in their last two outings, Ole Miss was just 37.9 percent from the field Thursday night, going 3-of-18 from behind the arc in the process. Henderson, who came off the bench sporting a shitty new haircut with zig-zags cut into it, had just one bucket from the field in the first half, which ended with the Rebs trailing 31-29. Demarco Cox, fresh off a tournament MVP performance in New York, had just three rebounds and nine points.

While the loss isn't all that bad from an RPI standpoint, it marks a wasted opportunity to pick up a quality non-conference win against a very beatable Wildcat team. Ole Miss will likely lose its second straight game on Sunday against No. 13 Oregon (I'm an emotional pessimist. Sue me).

buster_bluth may be along shortly with a more in-depth recap. Or he may not. I don't care.