A family emergency has led to Scott's departure from Nashville, and he'll be one of three offensive starters to miss the game. The good news is that tight end Evan Engram has been cleared to play.

Ole Miss will be without running back Jeff Scott, left tackle Laremy Tunsil and wide receiver Ja-Mes Logan Monday when they take on Georgia Tech in the 2013 Music City Bowl, but they will benefit from the return of tight end Evan Engram, according to Hugh Kellenberger.

Scott left the team over the weekend to travel back to his home in Miami, where a family member is apparently dealing with a serious illness. Hugh Freeze said the running back is unlikely to play in the bowl, making it the fifth game Scott has missed during an injury-plaged senior season. 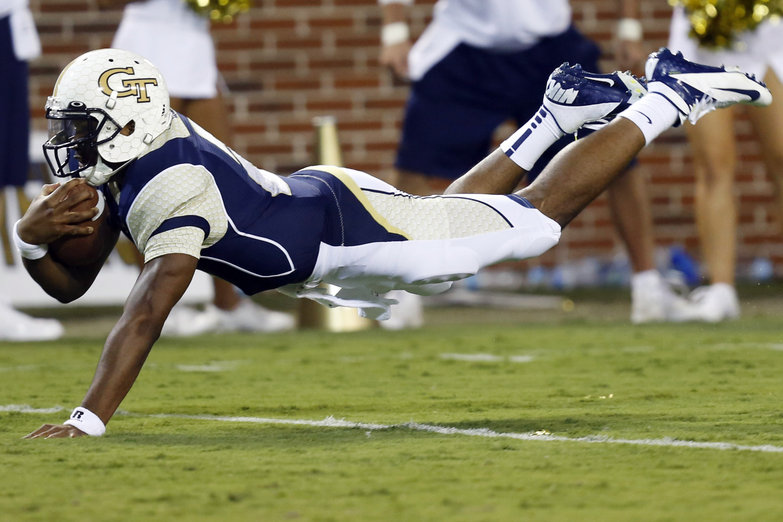 Breaking down how the Rebels and Yellow Jackets match up.

Reserve tight end Nick Parker has also left Nashville with a family emergency and will miss the game.

Tunsil is still nursing a knee injury suffered against Mississippi State and has been ruled out. Senior Emmanuel McCray will start at left tackle in his place.

Logan has been declared academically ineligible, something we've been expecting for a couple weeks now.

Offsetting all that bad news, at least partially, is the confirmation that Engram will play Monday. The freshman hasn't played since injuring his ankle against LSU in October and was expected to be out for the season following subsequent surgery. He's back at practice, though, and Freeze said he expects Engram will see about 30 snaps in the bowl.

In other good news, safety Cody Prewitt, who somehow broke his nose earlier this month, and defensive tackle Woodrow Hamilton (stress fracture) have also been at practice and are expected to play.