A look at Georgia Tech's playmakers and a comparison between the Rebs and the Jackets.

[Fit4LifeLLC put in a ton of effort this season to comb through and compile stats on the Rebels and their opponents. He deserves at least a modicum of our gratitude, y'all.]

On Monday afternoon, the Ole Miss Rebels will try and extend their bowl game win streak to six, not to mention and ten victories in the last 11 appearances, when they face the Yellow Jackets of Georgia Tech in the Music City Bowl. The game will kick off at 2:15 PM, and will be broadcast on ESPN.

Jeff Scott among several starters out for Rebs 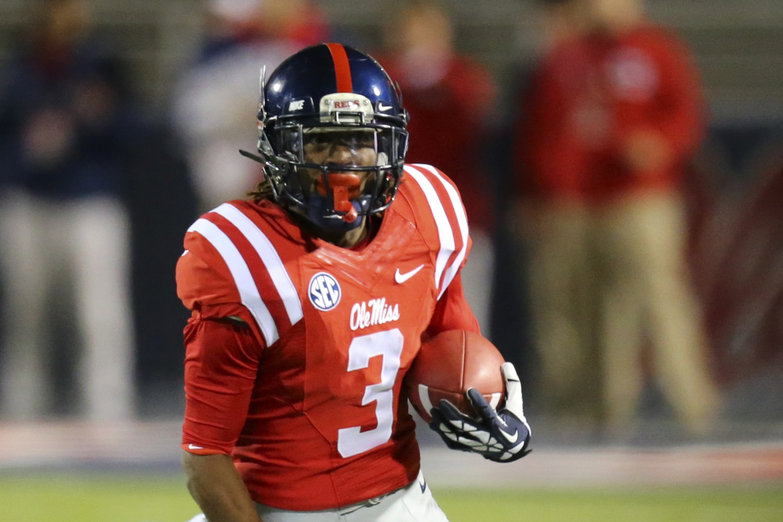 Ole Miss, per usual this season, is banged up.

Georgia Tech is appearing in their impressive 17th straight bowl and, led by the old-school Paul Johnson, they hope to utilize their option attack to win their second straight.

The match up between the Jackets and Rebels is an intriguing one. After both teams dropped their in-state rivalry games to close the season in on sour notes, it will be interesting to see which of the two 7-5 teams is more motivated and prepared to win.

Regarding styles of play, these two teams could not be more different, with the Rebels trying to play an up tempo style of play characterized by read-option runs and quick passes contrasting with Georgia Tech's run heavy triple option attack. If you like "non-traditional" (see: "not found much in the NFL") football, then this bowl matchup is perhaps one of the most interesting ones you'll find this offseason.

In an article linked on the Cup earlier this week, some of the guys at From the Rumble Seat, SB Nation's Georgia Tech community, provided some great statistical analysis for this game. Here we will offer a slightly different perspective by looking at individual and team statistics, to highlight who for the Jackets team has performed exceptionally well while looking at what these teams have done on the aggregate.

Georgia Tech is led by Vad "Is-that-short-for-‘Vadamir'-or-something" Lee at quarterback. Although, Lee is not asked to attempt many passes per game in this scheme (just under 12/game), he is averaging close to 9 yards per attempt and has 10 TD's through the air on the year.

On the ground, look for David Sims to get a load of the carries aside from Lee. Sims could go over the 1000 yard mark on the season with a big game against the Rebels. Ole Miss will also need to keep a close eye on Robert Godhigh, as he has tons of big play capability. He is second on the team in rushing and the Jackets' leading receiver.

Tech is strong defensively, and have one of the better rush defenses the Rebs will have faced. They are somewhat more vulnerable against the pass, but they do manage to keep opponents from scoring - which is obviously the most important thing they can do.

Tech also has good special teams, plays well on third down, and is highly effective in the red zone.

Looking at the Jackets, one must wonder if their discrepancy on defense between the run and pass is a function of facing a run heavy offense in practice. I also haven't looked at their box scores this season, but such figures might also be a function of their lead margins and the down-and-distance their opponents face on 2nd and 3rd downs. The Georgia Tech secondary has been very opportunistic in forcing interceptions, a lot of which has to do with the pressure placed on opposing quarterbacks by of this has to do with Jeremiah Attaochu who leads the Jackets with 12 sacks and 15.5 TFL's.

Keys for a Rebel win: