The safety prospect out of Meridian is one of the top defensive backs in the Southeast.

Share All sharing options for: CJ Hampton Reaffirms His Commitment to Ole Miss

CJ Hampton, who was kinda already committed to Ole Miss to begin with, committed to the Rebels tonight at a press conference held at Meridian High School. The 6'2', 196 pound safety prospect is rated by Rivals.com as a four star prospect. He is a top-20 safety prospect nationwide and a top-5 player in Mississippi, per the same service. 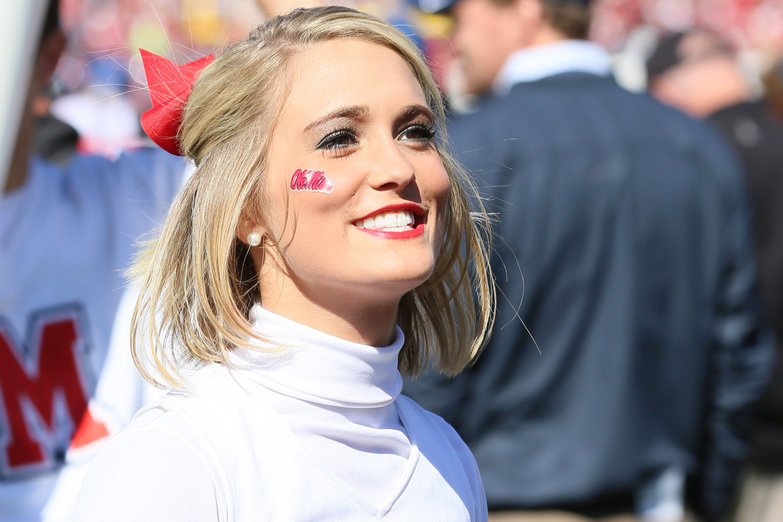 So this one's actually a new commitment, and he too is a damn good one.

To say he was a heavily recruited athlete would be an understatement. He can boast offers from Florida State, Arkansas, Alabama, and several others, and was recently rumored to be heavily interested in the Crimson Tide in spite of his longstanding Ole Miss commitment. During the regular college football season, Hampton took several unofficial visits to Tuscaloosa, and had many Rebel fans worried (and Crimson Tide fans optimistic) that he'd drop his Ole Miss pledge for Alabama. He didn't, however, and he even had the now-standard college football recruiting baseball cap ceremony to prove it.

And, yes, he even wore a bowtie. To think that some of y'all were worried this guy wasn't a Rebel all along:

CJ Hampton with his hats getting ready for his announcement. pic.twitter.com/RHvOrkV3Sw

At first it may seem odd that a player who was already committed to a program would have a press conference to simply reaffirm what we already presumed to be the case. That's because, frankly, it is. But with Hampton being a December graduate, and with recruiting being the media-heavy phenomenon that it has become, he wanted his moment in the limelight, and he wasn't going to get it on National Signing Day along with much of the reset of the Class of 2014's blue chip stars.

Can't say I blame him.

Welcome (back?) to the Ole Miss Rebels, CJ.

Next Up In College Football Recruiting