The Rebels could be without Prewitt and Tunsil against Georgia Tech. On the positive side, they'll benefit from the return of Charles Sawyer, Jeff Scott and perhaps even Evan Engram.

The Ole Miss Rebels will welcome back Charles Sawyer when they take the field in Nashville for the Music City Bowl, but could be without All-SEC contributors in Cody Prewitt and Laremy Tunsil. Both guys are considered questionable for the Dec. 30 bowl, as reported by Rebel Grove.

I'm not quite certain what Prewitt's deal is. He's apparently tweaked himself somehow, be it against Mississippi State or in practice since. In any event, Hugh Freeze seemed rather optimistic that the first-team All-SEC safety would be available against Georgia Tech.

"I anticipate him being back," Freeze told Rebel Grove at practice earlier in the week. "The best-case scenario will be him being back when we arrive at the bowl site. We won't push him too fast. But he's out there [at practice] learning everything and he knows what we're doing." 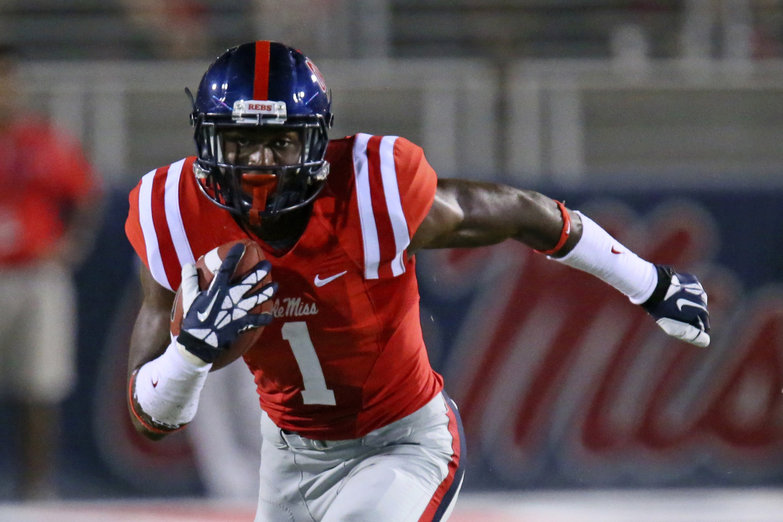 We knew the 2013 signing class would make an immediate impact, but not like this.

Tunsil, who was named to the SEC All-Freshman team last week, was knocked out of the Egg Bowl with a knee injury, and Freeze seemed less confident about his availability. The left tackle's absence could spell serious trouble for a Rebel offensive line that imploded after his first-quarter exit in Starkville. Georgia Tech defensive end Jeremiah Attaochu is tied for the ACC lead with 12 sacks, and Tunsil is about the only thing Ole Miss has that can slow him down.

The Rebs do get a bit of good news in the return of Sawyer, who was sidelined for the final month of the regular season with an injury suffered back in mid-November against Troy. Hampered by multiple injuries, a one-game suspension and, frankly, rather pedestrian play, the senior cornerback's final year in Oxford has been about as underwhelming as could be imagined -- he's recorded just 10 tackles and one interception -- but he'll get one last shot to make an impact for the Rebels in Nashville.

With Sawyer back in the fold and Prewitt limited, Freeze said Mike Hilton, who has filled in at corner during Sawyer's absence, will see some time at safety.

Perhaps the most interesting injury news to come out of practice this week concerns freshman tight end Evan Engram, who was thought to be lost for the season after injuring his foot back in October. Freeze left the door open on a possible bowl game return, but noted a determination would not be made until Dec. 28.

Here are a few notes on other Rebel injuries: