Tony Conner, Robert Nkemdiche, Laquon Treadwell and Laremy Tunsil have been listed among the league's top newcomers this season.

Back in February, Hugh Freeze and Ole Miss signed what ESPN deemed to be the fifth-best recruiting class in the nation, an unprecedented and historic haul in Oxford. With four five-star prospects and the nation's No. 1 recruit studding the bunch, we knew this group would be special.

But even the most optimistic among us couldn't have foreseen they would be this special, this quickly.

On Thursday, the league announced its 2013 SEC All-Freshman team, and four Rebels -- Tony Conner, Robert Nkemdiche, Laquon Treadwell and Laremy Tunsil -- were included on the list. Treadwell was also named the SEC Freshman of the Year, the first time an Ole Miss player has received the award in the history of the program. 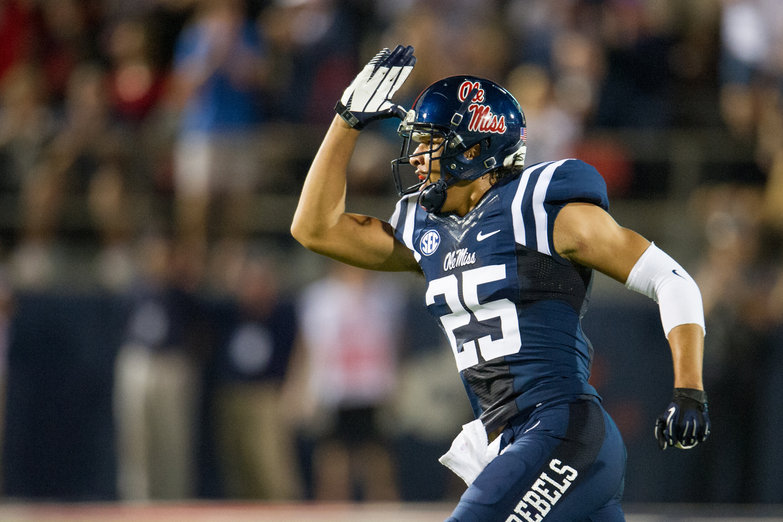 ALL THE AWARDS IS OURS

Treadwell, a five-star receiver out of Crete, Ill., set Ole Miss freshman single-season records for receptions (67), receiving yards (557) and touchdowns (five). He ranks third in the conference -- regardless of year -- in receptions per game, a result of Freeze's reliance on the youngster's size and physicality in the screen and short passing games.

Tunsil arrived at Ole Miss as the nation's top-rated offensive tackle, and immediately put together the most impressive season seen from a Rebel lineman since Michael Oher. The six-feet-five, 315-pounder grabbed the starting left tackle job in just the second game of the season and is one of only two freshmen in the entire nation to serve as a his team's full-time starter at the position. Amazingly, he allowed just one sack all year.

Conner was absolutely unstoppable at times from his "huskie" position, showing instincts and play-reading abilities the likes of which are rarely seen in a freshman. The five-star product out of Batesville, Miss., whose first play as a Rebel was an interception against Vanderbilt, finished the regular season third on the team with 59 tackles and added four tackles for loss, one sack, one interception and six passes defended.

Even more awards: Cody Prewitt is an All-American

Nkemdiche, of course, was the top recruit in the country in 2013. It speaks to the absurd depth of this freshman class that he was, at best, the fourth-best freshman on the roster this season. That's not to discount his first year in the SEC, however: the massive defensive end started all but two games on the defensive line (an injury knocked him out of those two), piling up 29 tackles, eight tackles for a loss and two sacks.

Notably absent from the list was tight end Evan Engram, who was named second-team All-SEC by the Associated Press earlier this week after catching 20 passes for 265 yards and three touchdowns. There's little doubt he would be on this list had a foot injury not ended his season just seven games in.

Ole Miss tied with Arkansas and South Carolina for the most players on the All-Freshman squad. The entire team can be seen at the SEC's official website.