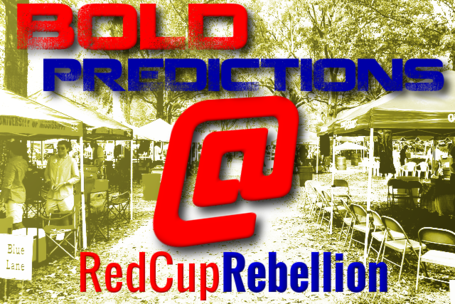 Well hello again folks, it's time for your favorite time of the week! That's right, it's time to make your bold predictions. Previously, we predicted how our wounded Rebels would fare against the prolific attack out of Baton Rouge that is the LSU Tigers. In case you were in Idaho scouting our opponent this week, you know that our Rebels emerged victorious on the field of battle. We now turn our attention to the Idaho Vandals, a team that plays in a barn.

3. Moncrief is the best WR on either side of the field

Mettenburger inexplicably throws not two but THREE interceptions! I don't know why he decided to regress back to his mean for our game, but I'm damn sure glad he did. The effort of our defense cannot be praised enough; such heart, such passion, such a rebellious attitude!

Special teams were HUGE for the Rebels. Last year the complete failure of the unit cost us the game, and I'll be damned if Korvic didn't try to make it happen again.

Monciref ate. He may not have scored, but he definitely ate. Dude came on strong, and I'm hoping he continues this type of performance for the remainder of the year.

The Rebels had 176 yards rushing on the night, which is astounding considering how anemic our rushing attack had been the past few games. Bo chipped in 18 to the total but, for the most part, Walton and Mathers had their coming out parties like a 1980s Diana Ross.

Again, Moncrief decides that his fast is over; he denied Satan in the desert and is on his way to the Promised Land!

Bo was so clutch this game. I thought he may should have been maybe picked twice, maybe. But he wasn't, and he hit his targets and made good decisions. Huzzah.

So that's that. I'll be honest, I didn't make a pick because I didn't believe we would be able to pull off the upset. I haven't been the world's biggest Freeze supporter, but last Saturday showed exactly how good of a coach he really is. Our second and even third team were well coached enough to go up against a team full of four and five star talent and - for the most part - beat the shit out of them. It's Thursday night and I'm still amazed. Hotty Damn Toddy.

Who believed more in Hugh Freeze and the Rebels than Les Miles and the Tigers?