The Rebels have come a long way in such a short period of time. They also have a long, long way to go, however. 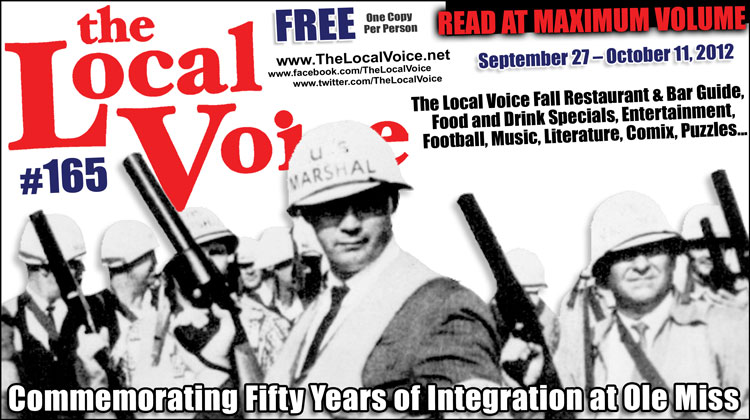 After the disaster that was the 2011 Ole Miss Rebel football season - a season which has been likened by many to a gigantic flaming garbage receptacle - it is both surprising and fairly uplifting to see the Rebels sitting at 3-1 so far on the season and coming off of a week which saw them shut out the Tulane Green wave while scoring 39 points in the process.

Of course, the Green Wave are not exactly the apex of college football talent and tradition, but the point remains that this team has largely looked like a competent one, which is more of a step in the right direction than many of us would have anticipated just a few months ago.

This gives Rebel fans such as myself and whoever you may be cause to think that perhaps this team could very well defy the expectations of pundits, fans, and foes alike and - please don't jinx it - wind up winning enough games to go bowl eligible. For now, that is a fine enough goal for this program and it seems attainable enough given what we know of the competition for the rest of the way.

Adding to this newfound optimism is the absolutely abysmal performance put out by the Arkansas Razorbacks through four weeks, in which interim Hog head coach John L. Smith has shown exactly why it is he has not been a head coach for a while. To that we can add the underwhelming Auburn Tigers who, aside from an excellent defensive performance against LSU, has not shown any promise to compete well against SEC competition this year. Then there's Vanderbilt seemingly regressing to the mean, Texas A&M remaining largely unproven, and Mississippi State improving the hordes of morons who vote for the Associated Press poll by beating the snot out of the likes of South Alabama and Jackson State.

Now I am not in any way suggesting that any of those games are sure wins or even tossups for this team at this point. What I am suggesting, though, is that they all have shown to be significantly flawed or have not yet shown themselves to be capable of anything particularly remarkable. It is that uncertainty about our opponents and, frankly, ourselves, that gives us cause for excitement regarding the remainder of the season.

This team has shown it can move the football and score points. This team has shown that, against less-than-elite talent, it can get the necessary defensive stops to win. This team has shown that it cares and plays and coaches with effort and, to borrow from Coach Hugh Freeze, passion. What is so odd about suggesting that, with a perfect storm here or a lucky bounce there, the Rebels could win just a few of the eight games remaining on their schedule and earn bowl eligibility?

Perhaps in a perfectly awful little twist of fate, the number one ranked Alabama Crimson Tide fall on the Ole Miss schedule this weekend and, barring some incredible, wholly welcomed, yet unforeseen circumstances, are almost certain to earn the win over our Rebels. I do not mean this in a pessimistic manner, but rather matter-of-factly. They simply have a systemic advantage and significant momentum behind their program that we cannot match. That, and a lot of NFL-ready talent. Of course I, like you, want a Rebel win, but to expect or even anticipate it would be a bit much right now.

I say this all to remind both you and myself that, while there are a lot of things for which we can be excited regarding this football program right now and its future prospects, there are still some realities we must face. Just as the Texas Longhorns showed us two weeks ago that we just are not ready to compete with top-flight teams yet, Alabama will make a victory against the Rebels look easy.

This in itself though should not weaken the optimism and outlook about which this column is directed. Rather, it should serve as a good barometer for how far we have to go. Certainly we realize that we have come a long way, but we are a long way still from where we can be.

That said, I look forward to seeing the Rebels play in Tuscaloosa this weekend. Who knows, maybe we will learn something else about this team and glean even more positives about the future of the still very young Hugh Freeze era at Ole Miss.