Share All sharing options for: TLV #162 - A Back To School Primer on Ole Miss' Football Opponents 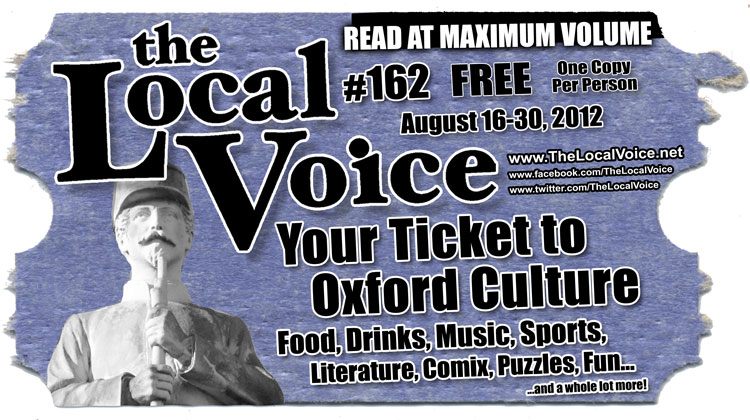 So here we are, on the verge of Red Cup Rebellion's (nee, Solo Cup) fourth football season and full calendar year with The Local Voice, and yet this all feels like a brand new beginning of internet-and-sometimes-print-based Ole Miss Rebel football coverage. That is because former head football coach Houston Dale Nutt, Lafayette County's own Lord Voldemort of sorts, has given way - or, rather, has been forced away - in favor of Hugh Freeze, a young and successful, albeit grossly inexperienced, football coach with longstanding ties to Ole Miss and north Mississippi.

This comes on the heels of a season which, by many measures, was the worst in the history of organized football at the University of Mississippi, adding another level of intrigue and ironic rejuvenation to our Rebel football fandom: expectations so blissfully low, they might as well not even exist. Not only is there a new coach in town, but there might as well be an entirely new football program altogether, a thought which is oddly exciting in its own right.

This means that the 2012 football season could very well be one of the more anticipated seasons in recent memory in Oxford. Football games surely won't all be won, but undoubtedly all parties will, as Ole Miss fans and their visiting counterparts are sure to make this one of the enjoyable seasons in recent memory with little regard to the actual goings-on within Vaught-Hemingway Stadium.

This is why we, in this back to school issue of The Local Voice, wish to prime you for every opponent coming to Oxford this year - as well as one away opponent - in order to hopefully impart to you a completely unreasonable set of expectations and ideas regarding just how thrilling this football season will be. First up...

Central Arkansas - Their team is named the bears. Unironically dumb college football fans, irrationally angry Ole Miss fans, and generally unclever people will be sure to point out that our team's mascot too is a bear, despite our team bearing the moniker of "Rebels." The weather should be nice, and every one of their three dozen visiting fans are bound to be hospitable.

UTEP - The UTEP Miners are one of three teams from the Lone Star State which will be visiting Oxford this season. Fun fact about UTEP: when they were "Texas Western College" back in, like, the sixties or something, they won the NCAA basketball tournament over the University of Kentucky with the first championship team to feature a starting five of exclusively non-white players. Disney made a movie about this entitled "Glory Road". Be prepared for a lot of "Glory Road meets The Blind Side" type of comments from the mainstream sports media.

Texas - This is the one we've all been waiting for. The University of Texas, as I'm sure you'll see, is like a gigantic, wholly more powerful, and significantly more affluent University of Mississippi. Political power, affinity for off-beat-yet-still-slightly-mainstream things, a sense of entitlement and a general disdain for those unlike themselves are qualities of Longhorns fans which we Ole Miss Rebels can easily duplicate. For this weekend, I suggest you arrive early and stay late for everything, as this one is bound to be one of the better college football weekends in all of the Southeastern Conference this season.

Tulane - So this one's not a home game, but for all intents and purposes, we're treating it like one. Yes, there's travel to New Orleans and a half-empty football stadium that is not our own to spend three hungover hours inside of, but this is more of a "destination wedding" than a "vacation." You'll be with family, because nobody watches Tulane football and Ole Miss people love spending a weekend in New Orleans eating, drinking, and making horrible decisions with money. Just make sure you keep your wits about you well enough; we wouldn't want you waking up in the bathroom of a Bywater shotgun shack, reeking of Abita Amber and lightly dusted with powdered sugar or anything.

Texas A&M - If the University of Texas is a gigantic Ole Miss, then Texas A&M is a gigantic Mississippi State with a few billion dollars to spare. They've got agricultural and pseudo-military traditions, maroon and white color schemes, canine mascots, underwhelming college towns, and the general bitter goofiness that make them both seem like long lost collegiate brothers. Expect their behavior, especially with regards to the University of Texas, to somewhat match that of their Magnolia State counterpart. This is a nice way of saying "they're probably annoying, and we'll do what we can to ignore them."

Auburn - It's interesting that Auburn is somehow one of the least memorable opponents we have on our schedule this year. After playing host to half of the state of Texas and a weekend in New Orleans rife with things we're bound to regret, will we even notice these Tigers at this point?

Vanderbilt - Vanderbilt's getting better at football, and this is something of which their fan base is actually becoming aware. Prepare yourself for Vanderbilt fans to actually behave like other SEC fans. It will be strange.

Mississippi State - You, regrettably, already know these people well. They're like that weird cousin of yours that you'd much rather avoid 354 days out of the year, but always seem to get stuck sitting next to each other come Thanksgiving. When the family gets together to play board games - you hate this - he'll accuse you of cheating the entire time you're winning, and spit in your face as soon as you lose. He'll then wonder why it is you don't really like spending time with him. Also, he's got some weird spinal problem and super awful acne.

Undoubtedly, this is one of the more intriguing home schedules the Ole Miss Rebels have had in a very, very long while. The football team may be rebuilding, but we can most certainly say that our affinity for Ole Miss football and Oxonian autumns is fully rebuilt.