TLV #158 - Is Our Gameday Atmosphere Detrimental to our Football Program?

Share All sharing options for: TLV #158 - Is Our Gameday Atmosphere Detrimental to our Football Program? 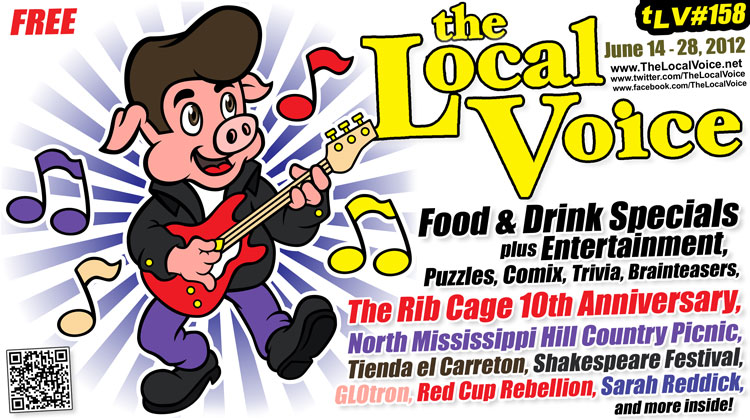 This summer, spend some time outside of Mississippi. Better yet, spend some time outside of the Deep South. Expand your horizons a bit and see some place you've always wanted to, but never have had the gumption to. When there, if and when people ask you from where you come, be certain to make note of their reactions. Pay especially close attention to their reactions if you so happen to have the opportunity to answer the common get-to-know-ya question of "so, where'd you go to school?"

Upon your smiling response of "Ole Miss," they're sure to give you one of a few kneejerk responses.

The most surprising of these responses, at least to anyone from outside of SEC country, is a "what" or "where's that" type of response. As shocking as it may sound to anyone who has grown up east of Texas and south of Kentucky, a lot of people from outside of the South don't really know very much about the South, nor do they care for SEC football. Yes, these are real people. Just keep calm in their presence, for they know not the transgressions they commit.

Less surprising, but equally as frustrating and perhaps just as common, is any sort of response involving race relations, the 1962 integration riots, and other things that likely took place well before you, the young hip reader of Oxford's finest local newspaper, were even born.

But, the most pleasant and likely most often heard response to your boastful announcement of your having attended (or even graduated from!) Ole Miss, is a response along the lines of Southeastern Conference football, the Mannings, an unjustly attractive student body, and the Grove. This is America, and America is made up of football fans, so these are going to be the types of things that people know Ole Miss - admittedly, a football school - for.

It's happened to me numerous times. It's not exactly something I beam with pride over, but it's certainly nothing about which to get embarrassed. Ole Miss is a place known for its atmosphere on fall Saturdays. We're known for our attractive and well-dressed student body, our unique approach to tailgating, our hospitality, and our inability to allow a gridiron defeat to squelch our desire to cut loose.

That's all well and good. I do not intend to advocate against those things for which we are known, mainly because the current alternative is likely much worse. I do intend though, with this edition of RCR via TLV, to raise a question, the answer to which is oft debated in these offseason months, and that's "is our game day atmosphere detrimental to our football program?"

The argument here is that there are too many people who are concerned with "winning the party" and not nearly enough concerned with their football team actually winning the game for which the party is thrown. I can see that argument, to an extent. The Grove is fun - more fun than watching your favorite football team lose. It is so fun, in fact, that people are willing to invest loads of their time and money just to be a part of the Grove experience. That, though, raises a question as to whether or not that time and money could be better contributed to the football program in the form of donations, season tickets, and a continuously full football stadium.

We all know that thousands of people come to Oxford every year during football weekends with no intention of actually attending the football game. They're content enough to watch football on their flat screens in the shade of a towering oak, sipping clandestine beers and telling off-color jokes with their old schoolmates. We also know that many football fans make a pilgrimage of sorts to Oxford, Mississippi, just to see what the Grove is all about. Then you've got the opposing fans - most notable for this fall being those of Texas - who, like Ulysses S. Grant's men in 1962, attempt to overwhelm our small hamlet by sheer force and numbers. When you hear rumors of entire floors of local hotels or entire restaurants being rented out by the alumni associations of our upcoming foes, you have to ask yourself whether or not such would happen in Starkville or Hattiesburg?

Ultimately, one has to accept that, while Oxford is one of the best small towns in America, people aren't exactly flocking to Lafayette County, Mississippi every other fall Saturday to shop at Nielsen's or eat at Ajax. They're coming here to not only potentially watch an Ole Miss football game, but also, and mostly, to mingle with old friends over a few red Solo cups worth of sinful beverage. They're here to nibble on lukewarm Abner's chicken tenders and gossip about "ol so-and-so and what's-her-face" while wearing whatever Brooks Brothers shirt they just snagged off of an online sale while vicariously living out their college years through the painfully attractive and hardly sober coeds they see strutting about. I know this, because that description isn't far off from me myself. As for the opposition, well they're here because all of this has rendered Ole Miss as one of the more sought after road trips in all of college football. It's an attractive destination, for plainly obvious reasons.

It's fine to love the Grove. It's wonderful to win the party. There's nothing wrong with eschewing athletic negativity. I just hope that we as fans can, in the coming seasons, be as committed to actually winning the game as we are to winning the party.

Oh, lest I forget, you're also likely to encounter someone who responds to your "Ole Miss" mention with a bizarrely confident "oh, Mississippi State?" Hit them. It's your only option.