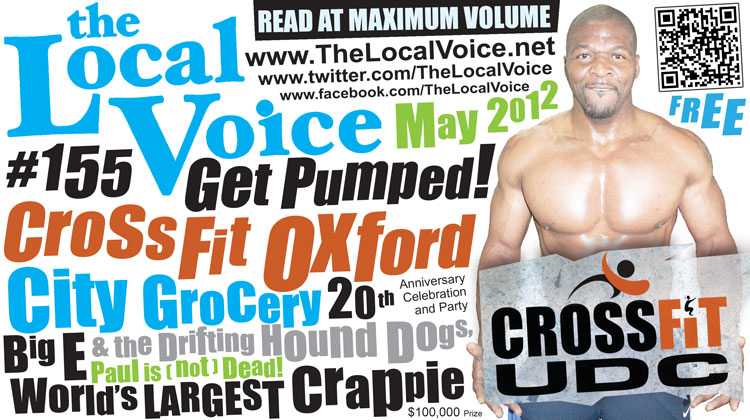 The greatest day so far in the lives of hundreds of young men transpired this past weekend, as the NFL Draft came and went, giving many of our most celebrated and despised college football players an opportunity to live out what must surely be a childhood dream of theirs. Having endured the rigors and sacrifice of "amateur" football for the past several years, these guys now have a shot at the big(ger) stage and, more notably, a hefty professional football paycheck.

Our Ole Miss Rebels, coming off of what is literally the worst football season in the history of Ole Miss football, were not exactly loaded with NFL-ready talent. That aside, though, there were a handful of players, including offensive tackle Bobby Massie and halfback Brandon Bolden, expected to go somewhere in the Draft's seven rounds. Both, however, fell victim to the imperfect and oftentimes dangerously effective practice of NFL scouting, leading both into situations which we, and our Rebel biases, posit that they did not deserve.

Bobby Massie was a junior this past year and, being only three years removed from high school, had just received eligibility to try out and declare for the NFL draft. This would make him one of the youngest and least experienced players in this draft, meaning that were he to depart school for a professional opportunity he would certainly need a pretty good reason to justify such a decision. This is, of course, based on the assumption that his staying in school another year would only serve to benefit whatever future professional decisions he were to make, a safe assumption to make if prior NFL drafts are any sort of indicator.

What could have served as motivation for Bobby Massie to leave school early, aside from the very normal and human desires for fame and fortune? I could be argued, I suppose, that NFL scouts had him projected as one of the better tackles among eligible offensive linemen, with the grand poobah of draft scouts, Mel Kiper Junior, penciling him in as a first round selection (to be fair, Massie's decision to leave did come before Kiper's evaluation). He was largely convinced that he was a desirable tackle prospect and made the risky choice to leave school a year early based on that conviction.

Massie was not drafted in the first round, nor the second, nor the third. Instead, he fell to the fourth round - the latter half of the draft - and was picked by the Arizona Cardinals.

Okay, that's not all that bad. It really isn't. He was still drafted and will still sign a contract, albeit one much smaller than a first rounder would sign, but it's not like he went from being one of the top prospects at his position all the way to an undrafted free agent, a la Jevan Snead two seasons ago. Snead, as you may recall, was touted by Todd McShay, an influential scout in his own right, as one of the best quarterback prospects available in 2010. Snead left Ole Miss with one year of college eligibility left assuming he'd earn a pro contract that he never got.

Being overrated, though, is hardly the worst thing that can happen to a player. As with the other Rebel many of us expected to earn a selection in the 2012 draft - running back Brandon Bolden - certain players can earn certain labels, marks of shame even, from NFL scouts who recklessly jeopardize players' careers by making harsh judgments about them and their personalities.

After a junior season which saw him account for 1,320 all purpose yards and 17 touchdowns, Bolden was heralded as one of the better backs in the SEC, something which all but guarantees a respectable contract with an NFL franchise come the draft. His senior season, unfortunately, wasn't nearly as productive, as Bolden suffered through a fractured ankle and a one-game suspension related to an academic issue. That, apparently, was enough for Bolden to be labeled as a player with "character issues." Worse than that is the fact that, once such a distinction is hastily and lazily made, said label is spread across any relevant form of media - again, lazily and hastily.

[EXCLUSIVE ONLINE CONTENT! What I am referring to specifically - and I hesitate to link this because I'd hate to suggest that I actually read Bleacher Report - is this story. The reason I found it is because it, incorrectly, reported that Brandon Bolden had signed with the Washington Redskins, causing a bit of a shitstorm on Twitter. They eventually corrected their error, but have yet to fix their mistake, notably that "Bolden also comes with a bonehead warning and a history of suspensions and negative headlines." It's hastily written nonsense masquerading as a news outlet, and it is yet another product of the oftentimes reckless world of NFL scouting.

"History of suspensions?" So one suspension is now a "history"? And a "bonehead" warning? What does that even mean? I have no real reason to stick up for Brandon Bolden, because I don't know the guy and I too was very disappointed in him during his academically-related suspension (that's another thing, it's not like he was suspended for some sort of crime), but I felt that this whole mislabeling of him as someone with character issues blew itself way the hell out of proportion as soon as it reached the internet. Scootie McDooderson, or whoever at B/R wrote that piece, should be embarrassed to have perpetuated such nonsense.]

That, my friends, is never a good thing for any aspiring NFL star. With the NFL becoming stricter with regards to their players' behavior off of the field, character issues are legitimate concerns for coaches and managers. They rely largely on scouting reports, as well as personal interviews, to determine if certain players have the character qualities they desire. Brandon Bolden, a guy who was admired by his coaches and teammates enough to be named a team captain during his senior year, wasn't given the benefit of the doubt. Instead, someone somewhere saw "suspension" and jumped to a poor conclusion on the young man's character. This, arguably, cost him a draft selection.

Scouting is a completely legitimate business. NFL managers and coaches can't themselves watch, meet, and analyze every single prospect who declares himself eligible for the draft year-in and year-out, so they rely on the impressions and analysis of others. These scouts, though, are human and do succumb to prejudices and kneejerk reactions. They also operate in a completely unscientific practice. So while what they do is something for which there's a real market, they're far from perfect. They do, oftentimes, get it right - see Patrick Willis' or Eli Mannings' draft stocks before their respective selections. But when they don't, the players are the ones who are the most adversely affected.

As of press time, Brandon Bolden has not yet signed a free agent contract with any NFL team, although rumors, which have been since denied by the Rebel running back via Twitter, of him signing with the Washington Redskins and New England Patriots have surfaced. We at the Cup sincerely wish him the best of luck where ever he finds himself professionally.