TLV #156 - This Weekend's Series is Important for the Rebel Baseball Postseason, so Pay Attention

Share All sharing options for: TLV #156 - This Weekend's Series is Important for the Rebel Baseball Postseason, so Pay Attention

[ED: Press time on this was before we lost to Arkansas State, so read this as if I both assumed we won and didn't care at all to mention said outcome.] 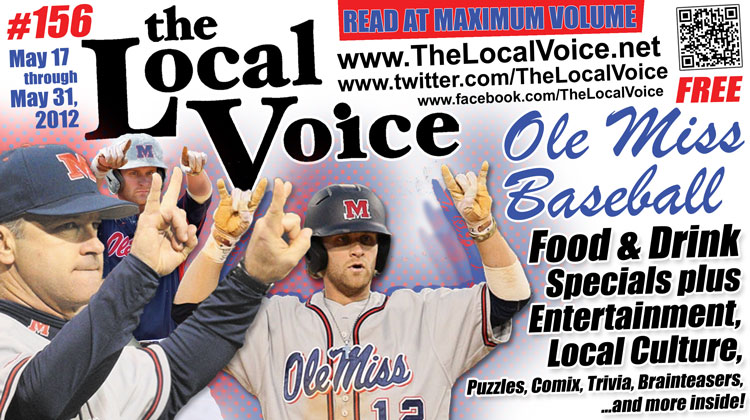 So this is it. This is the final weekend of the regular season of Ole Miss Rebel baseball, a weekend which will yet again be spent somewhere outside of the confines of Oxford-University Stadium at Swayze Field. The #22-ranked Rebs will instead travel to Nashville to take on the inconveniently resurgent Vanderbilt Commodores in a series which will have significant impact on this team's position heading into the SEC Baseball Tournament and the NCAA postseason thereafter.

Naturally, the Rebels are riding a bit high, coming off of their lone SEC sweep of a, frankly, bad Tennessee team last weekend. The Commodores, however, have suddenly emerged as one of the hottest teams in the conference, coming off back-to-back series wins against LSU - in Baton Rouge, no less - and SEC standings leader Kentucky in Nashville. This was a team which was pegged as one of the SEC's championship contenders early, but with early losses - admittedly, most of which were to very good teams - and an inconsistent SEC season for the most part, Vanderbilt really slipped out of the SEC's collective baseball psyche as a threat. Now, though, it seems that they have begun to play at the level we all initially thought them capable of, which is unfortunately fitting for where it is we fell on each others' schedules this year.

So while we Rebels may be excited about the current second place position in the SEC West and fifth overall conference position, weeks removed from being a step away from the conference cellar, we should perhaps tone our optimism a bit against this Commodores squad.

For the Rebels to win this series, they'll need to first win the Thursday night matchup. Ole Miss has a winning formula for these opening games, even if said formula isn't always followed. Sophomore pitcher Bobby Wahl has been on point for the Rebs for much of the season in his starting role. When he is supported by ample runs and capable fielding, Wahl has the look of a dangerous SEC starter. This could spell good things for Ole Miss, as Vanderbilt has not done well at all in series opening games. In fact, Vanderbilt has only won one SEC series opener: their Friday night 5-4 win over Auburn in mid-April.

If the Rebels are to win that Thursday game, then the gameplan will undoubtedly be to throw the kitchen sink at the Commodores on Friday. At that point, the Rebels would simply need a series win to keep in good shape for postseason play, meaning they'd have little incentive to be frugal with the bullpen in anticipation of Saturday's game.

As it stands today, Ole Miss is the #5 seed in the SEC Baseball Tournament. If the tournament were to begin now, Ole Miss would face a talented and underachieving Arkansas team. The alternatives, though, to an Arkansas matchup are Auburn or Mississippi State - teams which Ole Miss has lost to this season - assuming a good performance against Vanderbilt, or a team like Florida or South Carolina, assuming a poor performance against Vanderbilt. The point of this being that our Ole Miss Rebels are in a bit of a position to either make their tournament first round easier or more difficult, depending on the outcome of this weekend.

Taking that one step further, if Ole Miss is to perhaps make some noise and upset a few teams in the SEC baseball tournament, the possibility of NCAA postseason baseball returning to Oxford - one of its rightful homes - becomes much more real. The Rebels are not at the moment in a position to host an NCAA tournament regional due to their away losses and RPI. Wins against Vanderbilt and in the SEC tournament, coupled with a few other teams slipping up elsewhere, could see the return of right field beer showers and "throw it in the dirt" chants one final time in 2012 in early June.

The series begins tonight, with that particular game being aired on ESPNU. Don't have ESPNU? Well you're holding a copy of The Local Voice, so thumb through this thing and find out which bars are airing it and serving whatever special it is you're in the mood for and patronize them. If you call yourself a fan, you haven't an excuse to miss out on at least the first game of the last series of this rollercoaster ride of a season.