Share All sharing options for: What's the Lesson to Learn here, Kids?

Last night, one of the SEC's most talented gameday coaches and the leader of a program our Ole Miss Rebels play every season, was immediately fired for, simply, a litany of offenses that would have gotten you, me, or anyone outside of any significant public spotlight fired and, perhaps, sued.

Bobby Petrino, the head coach of the Arkansas Razorbacks, was fired "with cause" (meaning that he's ineligible to receive a penny of his $18M buyout) due to violating a clause of his contract which states that he wasn't to behave in a manner that "negatively or adversely affects the reputation of the [University of Arkansas'] athletics programs in any way." Of course that's a clause which leaves such a determination up to the discretion of Petrino's immediate supervisors - University Chancellor David Gerhart and Athletics Director Jeff Long - but in reviewing what we know about Coach Petrino's conduct in the past few weeks, we can see that it wasn't a particularly difficult decision for either to make.

You all surely know the story by now, that Bobby Petrino was caught having an affair with an employee of his after wrecking his motorcycle with said employee, presumably, as a passenger on said motorcycle, all before being caught attempting to cover the whole incident up. But the questions this raises are "is that itself worthy of being fired, and what can we learn from this?"

First, let's totally dismiss the fact that Bobby Petrino has admitted to having an "improper relationship" with a woman - Miss Jessica Dorrell - who was not his wife. That's not relevant to his employment, nor is it something for anyone outside of the Petrino's and Miss Dorrell to be concerned with. Simply, cheating on your wife doesn't get you fired. It gets you slapped across the face with a cast iron griddle and some income-crippling alimony payments, but it won't get you terminated.

Where he did go wrong, though, was hiring this mistress of his into a role within the football program which was directly subordinate to the head coach. No only that, but he hired her out of a pool over over 150 applicants and after interviewing three separate candidates, per AD Jeff Long during last night's press conference. He was also reported to have, at some point, given a $20,000 "gift" to Miss Dorrell. That right there is workplace favoritism, a strong conflict of interest, and a textbook example of sexual harassment rolled into one. That is why Petrino was fired, not because of his philandering, but because he put his employer, the University of Arkansas, in a very tough situation by rendering them liable to many potential embarrassing and costly lawsuits.

No matter what your profession may and no matter how successful you are in that capacity, if you put your employer in a position to be sued, you're toast.

The icing on the beautifully frosted "you're fired" cake here, is that Petrino blatantly lied about his relationship with Miss Dorrell and his motorcycle accident to the public and his employers (to the point that the University issued false press releases on the nature of the accident). By lying, Petrino showed that he thought himself bigger than Jeff Long and bigger than the University of Arkansas. Long and Chancellor Gerhart, though, shut that down pretty quickly.

Just as my statement with regards to putting your employer in a position to be sued, if you attempt to cover up your own misdeeds and deliberately mislead your boss, you'd be canned too. You know this.

Coach Petrino abused his authority when over the past few weeks he made a staff decision and personal choices that benefited himself and jeopardized the integrity of the football program...in short, coach Petrino engaged in a pattern of misleading and manipulative behavior designed to deceive me and members of the athletic staff, both before and after the motorcycle accident.

It's simple, really. Long didn't appreciate having his authority subverted, and didn't take well to his subordinate, no matter how excellent said subordinate is was at his job, doing things to put the entire department or, worse, the university at large in jeopardy.

The only reason Long or any of us would have hesitated to fire coach Petrino is exactly because he has been quite successful over the past few seasons. He's got a Sugar Bowl appearance and a Cotton Bowl win, and put together a talented team to compete in this 2012-13 season. Successful coaches can bring a lot of money in to a university and can generate a lot of positive press for the same. That was obviously weighed against Bobby's ongoing scandal and what that could mean to the University and it, as we now know, lost.

So what's the lesson to learn here? Well, there are two. One is that people, for the most part, are exactly who they seem to be. Ed Orgeron seemed to be an intelligible yet hard-working oaf that was in over his head, and turned out to be just that. Houston Nutt seemed like a somewhat crazy, egomaniacal simpleton with a somewhat better than average resume and a propensity to disappoint. We hired him and, guess what, he turned out to be a disappointing, crazy, egomaniacal simpleton. Before being hired at Arkansas, Bobby Petrino seemed like a double-crossing, arrogant fraud teetering on the brink of collapse under his own acrimonious behavior. And, well, now look at the guy.

And, finally, when considering how exactly all of this - an SEC head coach's extramarital affair with an employee - was brought to light, giving cause for the lies and attempted cover up, lesson number two is...

...to buy one of these stupid things: 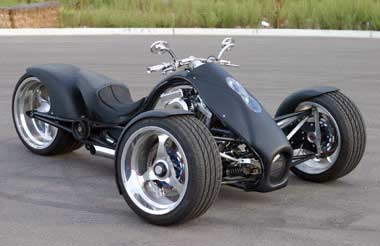 It's got a low center of gravity, a third wheel, and no room for the asscheeks of a 25-year-old subordinate/mistress. There's no way we'd ever have learned about Bobby Petrino's impropriety had he been zooming about the Ozarks on that stupid fucking thing.