TLV #149 - Signing Day Recap, And Optimism for the Future

Share All sharing options for: TLV #149 - Signing Day Recap, And Optimism for the Future 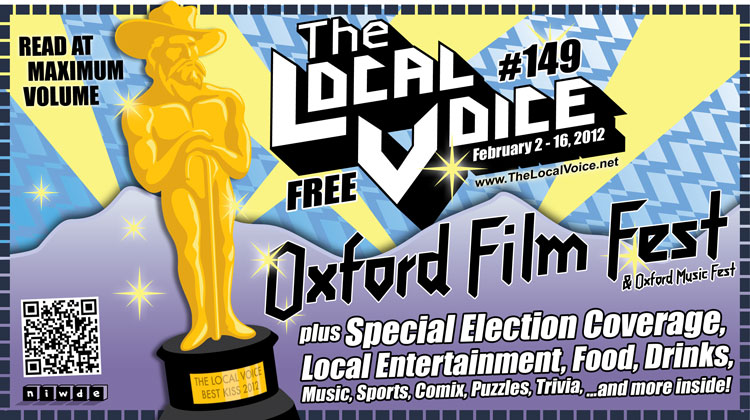 [Disclaimer: As of TLV's press time, National Signing Day has yet to take place, therefore, most of the signings listed herein are entirely subject to change, no matter how unlikely such may have seemed at the time. That's just how this whole college football recruiting thing works, y'all.]

Yesterday, National Signing Day, was the day of the year for those of us who most closely follow the bizarre, dramatic, and far to obsessed over sport-within-a-sport of major college football recruiting. All across this great football watching nation of ours, adult fans of their alma maters saw their emotions ebb and flow, wax and wane with every faxed-in letter of intent. Signing Day parties, wall-to-wall ESPN coverage, and endless fretting over online forums and social media marked the day, a day on which high school football players - technically still "children" - were first allowed to accept, sign, and submit their scholarship offers.

Does it sound silly? That's because it is; but it's important, too. Any good football program stays that way by recruiting the best talent it possibly can, while a struggling football program (that'd be us), attempts to get out of said rut via, largely, recruiting the players necessary to win. Ole Miss' new head coach, Hugh Freeze, knows this just as well as any other coach in the business, meaning that significant emphasis was placed on this class of 2012, his first as the Rebel head coach.

Despite that emphasis, though, this class won't wow much of anybody who follows recruiting, especially at first glance. Ole Miss Rebel fans looking to ink a top-25 2012 class are likely to be disappointed, as Ole Miss is recovering from a disastrous 2-10 football season - the worst such record in program history - and still getting acclimated to new head coach Hugh Freeze. While Freeze is known for both his offensive coaching style and his recruiting abilities, the young, energetic coach has had less than two months to recruit, convince, and influence prospective football players. Suffice it to say that our class this season will be smaller than classes past, and looks to address some immediate position needs where possible while adding depth at others.

Ole Miss' two biggest commitments on the offensive side of the ball are quarterback Bo Wallace and halfback I'Tavius Mathers. Wallace, a 6'5", 215lb quarterback out of East Mississippi Community College, was named the Junior College Offensive Player of the Year by the NJCAA. While at EMCC, Wallace set new NJCAA single-season records for passing yards (4,604), yards of total offense (4,810) and touchdowns thrown (53). His offensive production was key to EMCC winning the NJCAA national title. Wallace will likely compete to start immediately at his position.

I'Tavius Mathers is a 6', 200lb halfback out of Murfreesboro, Tennessee , rushed for over 2,000 yards and 25 touchdowns in each of his two final high school seasons. With the departures of Brandon Bolden and Enrique Davis, Mathers is sure to see playing time as a true freshman.

On defense, the Rebels' most heralded commitments are defensive tackle Isaac Gross and defensive ward Channing Ward. Gross, a product of South Panola High School, Ole Miss' de facto farm program, and Ward, a native of Aberdeen, Mississippi, were both named Under Armor All-Americans. Both played well in the Under Armor All-American game, with Gross being named a starter on his side of the ball. Ward is considered by many recruiting services as the best high schooler from Mississippi this year, as well as one of the nation's best high school defensive ends, making him a crucial get for Hugh Freeze's first class in Oxford.

Also of note are Jaylon Walton, an athlete out of Memphis, who could project at halfback, wide receiver, or returner; Andy Pappanastos, a kicker out of Montgomery, Alabama, who was an all-state selection at his position for three consecutive seasons; Robert Conyers, a big yet quick offensive lineman out of Miami; and Pierce Burton, a behemoth of an offensive tackle out of San Francisco who turned down offers from Florida and Kentucky to sign with our Ole Miss Rebels.

Regarding this class and the fact that many, myself included, are wont to consider it underwhelming, I am more than willing to give Freeze the benefit of the doubt regarding the difficulties he has certainly faced thus far as the Ole Miss head coach. This class alone shouldn't serve as prima facie evidence of Hugh Freeze's perceived coaching inadequacies - not by a long shot. There are some good, new players who will be suiting up in the red and blue this fall. Assuming they and this new coaching staff can return some wins to Oxford, I expect even more of such the day after 2013's National Signing Day.