Share All sharing options for: TLV #150 - On Race, Religion, and Recruiting 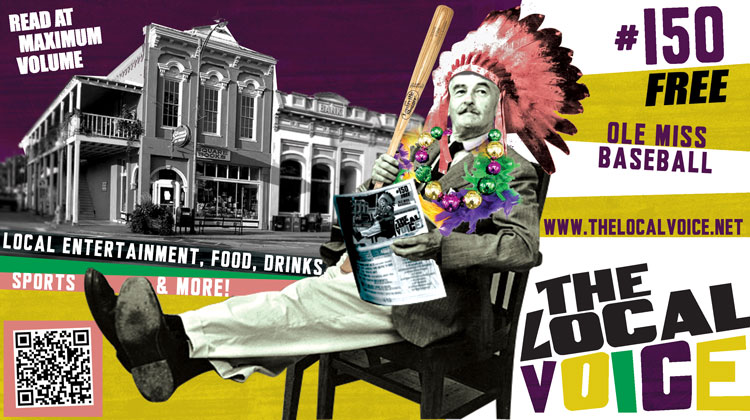 [EDITOR'S NOTE: Hurried by a fast approaching deadline and limited by a word count, my complete thoughts on these complex, nuanced, and difficult issues would have perhaps been better suited for the internet. Also, I babbled. But I gave it a go because, frankly, I like the thought of this stuff being in print. I have a lot to say on these issues, and wouldn't mind a nice discussion with you fine people on the matter. Of note is the fact that what is written beyond the jump and published in this issue of The Local Voice is entirely the opinion of yours truly. I'd love your opinions on this. Just remember that we do have rules around here so, even if the topics being discussed are rather sensitive, please keep it as mature and civil as you'd expect from a website whose name not-so-subtly references illicit alcohol consumpion. Thanks.]

On Race, Religion, and Recruiting

With Twitter, Facebook, and other social media platforms giving college football fans, coaches, and players unprecedented interaction, the lines which once kept everyone separate have become increasingly blurred. With this comes the dissemination of opinions and information, accurate or otherwise, amongst rival fan bases in an attempt to denigrate the other, knowing very well that the people whose opinions are aimed to be swayed - college football recruits - are watching. Miniature online slap fights over football games won and lost have expanded beyond the water cooler and are now accessible by anyone with a smart phone or an internet connection.

Such has recently spawned an unprecedentedly ugly war of (misspelled) words - waged on Facebook walls, in Twitter feeds, and across the various blogs and message boards which make up the SEC's online fan base - which has seen the oft taboo topics of race and religion come into play in a way that only serves to hurt all of those involved.

The most recent of these fights developed when Matt Wyatt, a former Mississippi State quarterback and co-host of the "Head to Head" radio show, made a hardly tenable claim that Hugh Freeze, while recruiting a player both Ole Miss and Mississippi State were after, called Bulldogs head coach Dan Mullen an atheist, as an attempt to sway said recruit against Mullen and State.

Now, the veracity of this claim is more than doubtable. It was reported once, and weakly so, on the aforementioned radio show, and never verified elsewhere. For those of you who aren't familiar with Head to Head, it's a show broadcast throughout Mississippi co-hosted by two men, one partial to Ole Miss and the other to State, whose primary goal as radio hosts is to entertain their listening audience via their ardent support of their respective alma maters. Not to detract from the Head to Head radio show, because it's a great listen, but it isn't journalism, nor does it even attempt to establish such a pretense. It's friendly banter, debate, and hearsay, sprinkled with a bit of news reporting and entertaining interviews.

So a guy, whose job is to be unashamedly biased towards Mississippi State on an sports entertainment radio show, offers little more than "I heard a guy who heard a guy who knows a guy" as evidence for his claim that Hugh Freeze made comments about Dan Mullen's religiosity or perceived lack thereof (for the record, I've been informed that Mullen's a practicing Catholic). This kind of unsupported claim is something which would only pass as "evidence" in a medieval court of law, yet, despite that, said "report" of Hugh Freeze's recruiting tactics went viral, and fast, with Mississippi State fans taking to social media to express their outrage and disgust with Coach Freeze.

But, while I do not at all believe that this happened - again, because I don't have any real reason to believe it did - I am more than willing, solely for the sake of this argument, to give State fans the benefit of the doubt and concede that this did indeed take place and that they are correct to be find such tactics offensive. Furthermore, they should be offended by subsequent online attacks from my fellow Rebel supporters, drumming up anti-Mullen rhetoric along similar lines.

You're all right. Coach Freeze and my Rebel colleagues are wrong. But not because calling out Dan Mullen for being irreligious is wrong, but because attempting to use a coach's religion, regardless of what that religion might be, as a negative recruiting tactic is wrong.

If Dan Mullen isn't religious, so what? Using that to recruit against him only displays the prejudice of the recruiter and potential prejudice of the recruited against the irreligious. If Dan Mullen is religious, as has been reported to yours truly, then Coach Freeze isn't only displaying a prejudice, but he's lying as well. Neither scenario is one that I, as an Ole Miss fan, can say that I'm comfortable with. I don't care what Dan Mullen's religion is, and neither should Coach Freeze.

Mississippi State fans, likely offended that their football program's savior was mislabeled as irreligious - a feeling itself which demonstrates religious prejudice - then took to YouTube to respond to this transgression by dusting off the tried and true "Ole Miss is racist" meme. In what is perhaps the most vicious manifestation of this horribly disgusting recruiting tactic, lengthy video featuring footage from the riots which surrounded James Meredith's 1962 enrollment was spliced under the Ole Miss script logo and set to music.

Never mind the fact that Ole Miss integrated well before many of the major public universities in the South, essentially bearing the onus of forever being emblematic of the struggle for American Civil Rights in our nation's universities. Never mind the fact that Ole Miss and Oxford are progressive, welcoming places. Never mind Ole Miss' large population of minority students. Because those retorts, frankly, fall on deaf ears.

Instead, my plea is simple: please do not trivialize our history. By taking the events in surrounding Ole Miss' integration - events which shook an entire nation, horrified everyday citizens of all races, and have left lingering effects on not only Ole Miss, but on all of the South - and using them as fodder in some bogus online contest of "whose football team sucks less," you leech them of their significance. Thinking that such important events are worthy of being reduced to talking points in the Egg Bowl rivalry is both insulting and offensive.

In recruiting and in online slapfights, leave race and religion out of it. In not doing so, we only serve to make ourselves look ignorant and foolish.