TLV #168 - A Pair of Milestones are on the Line this Weekend.

Both Ole Miss and Vanderbilt have something to play for this Saturday.

Share All sharing options for: TLV #168 - A Pair of Milestones are on the Line this Weekend. 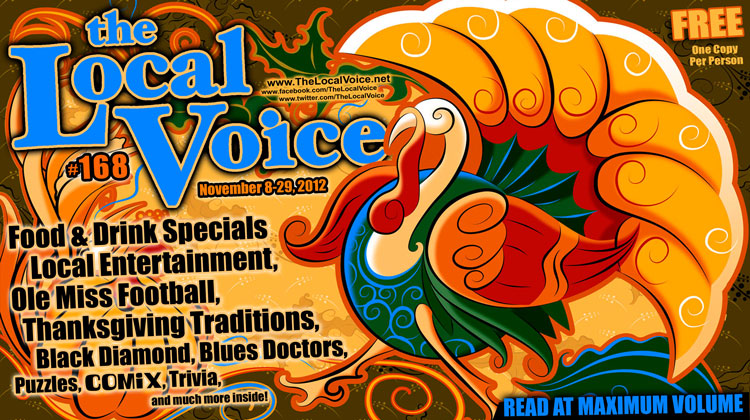 I know that we at Red Cup Rebellion via The Local Voice have said this statement enough this season to the point of rendering it a running gag, but we firmly assert that this weekend's game between the Ole Miss Rebels and the Vanderbilt Commodores is easily the biggest of his young SEC head-coaching career thus far.

We ascribed this label early to the Rebels first game of the season, because beginning his career on a positive note would prove critical to future successes. Then we did the same for the Alabama game, because he would need to mitigate the expectations of his players, fans, and staff in the wake of a loss. Then there was Auburn, his first believable shot at an SEC home win and Arkansas, his first such opportunity on the road. But Saturday, something far more significant than any of that is on the line, as his Rebels are vying for a bowl bid against the stubborn and surging Commodores.

If the Rebels are to win and earn a bowl berth, the team and program would benefit tremendously. First, the NCAA would allow the team to conduct extra practices in bowl preparation, something which is valuable for the development of the team's younger players. Second, Hugh Freeze would have something to point to as a success in year one, something which prospective football players are certain to notice, especially regarding the state of our program just one year ago. And third, there's bowl money. Bowl games have payouts for participating teams. That money could go to, who knows, more barbecue nachos in Vaught-Hemingway next season or something.

Coach Freeze and his staff certainly know how important this game is. That is an importance that is undoubtedly not lost on the competition either. Vanderbilt too is competing for a bowl berth, an accomplishment that would mark the first time in Commodore history that the team would be a part of postseason play in consecutive seasons. Considering that both of these teams could achieve significant milestones in the development of their programs on Saturday, this could be a very closely contested game in Oxford.

Vanderbilt, in a lot of ways, is similar to Ole Miss this season. Both of us are 5-4, with each of us boasting a pair of SEC wins over the worst teams in our respective divisions. Both teams are similar in most major team statistical categories, with Ole Miss holding an advantage over Vanderbilt on the offensive side of the ball and Vandy having the edge defensively.

Vanderbilt quarterback Jordan Rodgers as fewer yards and a lower completion percentage than his counterpart in Bo Wallace, but holds the edge in the touchdowns-to-interceptions ratio. His team's leading rusher, Zac Stacey is almost a mirror image of Jeff Scott in both playing style and rushing numbers. On defense, Vanderbilt has been impressive in defending against the pass and keeping their opponents from scoring, whereas the Rebels have been more of a playmaking D, leading in turnover margin and in sacks.

But perhaps the most interesting similarity between these two programs right now is the similarities between these two head coaches. As with Hugh Freeze, James Franklin is a young newcomer to the head coaching ranks in just his second year on the job at Vanderbilt. He is a skilled recruiter and a coach that players simply seem to enjoy playing for. Also, like Freeze, he has proven to be an adept game planner and play caller in just a short period of time.

I do not doubt our Rebels' chances of winning this one, because I do not doubt Hugh Freeze's ability to game plan and motivate for the Commodores. I can easily say the same about James Franklin and his coaching abilities, though, and because of that I think we will have a hell of a fight on our hands. The competitive edge in this one just may be home field advantage, something which is our responsibility as fans to maintain.

Rebel fans, Saturday could be a watershed moment for the Hugh Freeze era at Ole Miss. The game kicks off at night, and I'm certain that the fine folks of Kentucky are still distilling Bourbon, so if you're in Oxford not even cold weather should keep you from being in the stands to cheer on the Rebels. I know you'll do your part, and I have faith that the team and coaches will do theirs.

Hotty Toddy and beat the Dores!