Is rushing the field excessive and kinda corny? Sure. Was it totally awesome after the Egg Bowl? Yes.

Share All sharing options for: TLV #169 - In Defense of Storming the Field 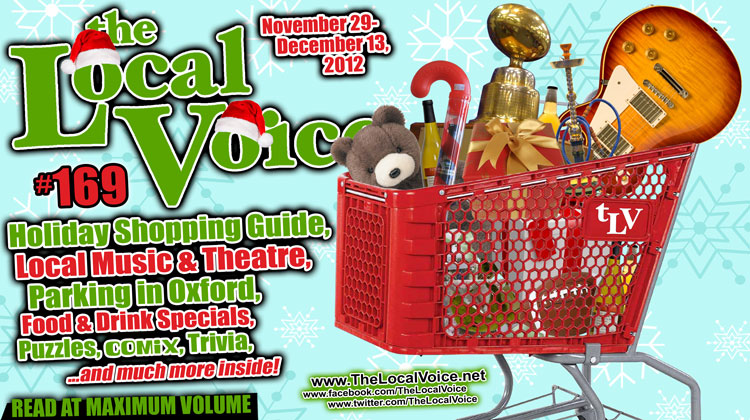 For those of us (i.e., me) who were very regrettably not at the Egg Bowl this past weekend, here are some videos of the postgame celebration taken on the field by SB Nation contributor and Friend of the Cup, Steven Godfrey.

So this is the crowd just before the Rebs take the field for the final play. It really is great to see a completely full Vaught-Hemingway Stadium, outside of the visitors section of course, in the throes of a full-throat celebration. Really y'all, my hat's off to you for sticking through the cold just to have the chance to send our seniors out with a bang.

And this is the actual storming of the field. There are some great moments in this, not the least of which is at about the 3:15 mark when a bowtie-clad fraternity pledge drapes his arm around the shoulder of Coach McGriff, himself looking both thrilled and a bit bewildered.

I'm truly jealous of every last one of y'all, especially those of you who are seniors. Your last game as a student in Vaught-Hemingway Stadium was one you're never going to forget.

Okay, on with the column.

In Defense of Storming the Field

Last Saturday night, as the game clock above Vaught-Hemingway Stadium struck zero, signaling an end to our Ole Miss Rebels' 41-24 domination over the Mississippi State Bulldogs in the 2012 Battle for the Golden Egg, Rebel quarterback Bo Wallace turned to the Ole Miss student section in the south end zone of the stadium, thrust his arms skyward, and then hurled the game ball thirty yards deep into the section, right as thousands of students poured down the steps and over the rails to join the team in the on-field celebration. Moments later, players, coaches, recruits, students, fans, and even alumni were on the field together, passing around the Golden Egg trophy, shouting out Hotty Toddies, and ensuring that the exiting Bulldogs knew just how damned pleased we are to have finally taken back what is rightfully ours.

But was it too much?

While not a common occurrence at Ole Miss, storming the playing surface of an athletics competition isn't all that uncommon in college athletics. College basketball courts are routinely mobbed by students and fans after underdog wins over highly ranked teams, conference championships, and other momentous victories. College football fields are too a regular site of fan pandemonium, typically after an unranked team betters a top-five type of team, as was with our last football field storming in 2002 when the unranked Rebels beat the number four Florida Gators.

But for an Egg Bowl win over an 8-3 Mississippi State team? As a 5-6 team that was far from winning any sort of championship this year? Was it appropriate for our students, fans, and players to celebrate the way they did?

The post Egg Bowl celebration was not just about that game itself. Oh, sure, I do not at all deny the level of excitement in Vaught-Hemingway Stadium that night, with the Rebel faithful sticking around through the blistering cold to watch every minute of the game, the players dancing on the sidelines for what seemed to be the entire fourth quarter, and the eternally catchy chorus of "Rebelz (Feed Moncrief)" blaring over the PA. But that excitement was not simply for the football victory, but rather for the context in which this victory took place.

Let's consider the 2012 season as a whole. During the preseason, few expected much out of this ballclub. Fans were not particularly optimistic, the press did not at all like our chances in the SEC, and even the players were having difficulty buying in to the new coaching staff and system installed by Hugh Freeze. There were first half struggles against Central Arkansas, an unconvincing win against UTEP, and a blowout loss to Texas early on. The team did come out strong against Alabama, putting up a lot of fight against the potential national championship Crimson Tide in Tuscaloosa, only to drop a fourth quarter lead to Texas A&M a weeks later.

That would become a bit of a recurring theme with this squad. They would lose in the fourth quarter to Vanderbilt and LSU as well, coming so close to significant victories and program milestones in the first year of this new coaching staff, only to fall short.

We fans didn't like it and, trust me, neither did the players. After those tough losses, players would sulk back to the locker room with towels draped over their heads to keep the fans from seeing the anguish on their faces. They wanted those wins as badly as any of us in those stands. They showed us as much by celebrating wins over struggling Arkansas and Auburn programs. They showed that they did not care who their SEC wins came against, but rather that they simply wanted them to happen.

And then there's Mississippi State and Dan Mullen. While I do mean to demonstrate that this game was about more than the rivalry, I cannot deny the significance of the past three years to this celebration. After losing to our in-state rivals for three consecutive years, and after having them make a point to continuously remind us of our football shortcomings, you're damn right we're going to turn right around and celebrate a victory, especially a convincing one, at their expense. Call it karmic justice or revenge or whatever you want; just don't be surprised that it happened. For those senior players and students on their last night in Vaught-Hemingway to finally get an Egg Bowl win, something which few of them have actually experienced, must have been thrilling.

So you take those factors, and mix them with this team going to a bowl game in Hugh Freeze's first year, something many felt would be a complete impossibility just a few months ago, and there is no doubt in my mind that the victory was absolutely the greatest feeling of the season for those players and our fans. Considering that, it's no wonder that everyone got in on the fun.

Storming the field against the Egg Bowl wasn't about the Egg Bowl per se. It was about this program turning a corner and showing glimpses of a bright future. It was about having something that Ole Miss students, alumni, and fans can be proud of on Saturday afternoons in the Fall. I am happy the players, students, and fans were able to connect like that and show what it means to be a part of the Ole Miss family.