[Whoops. We're like four days late with this. We've been getting distracted with bowl games, the NFL playoffs, Johnnie Walker, and SNOW OMG IT'S SNOWING OUTSIDE Y'ALL LOOK. Forgive us.] 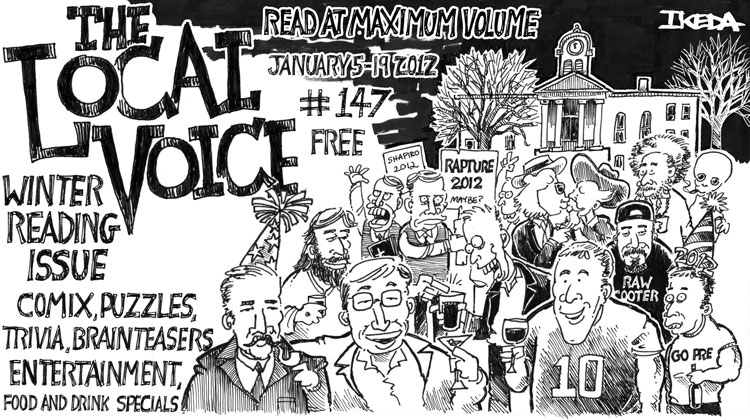 Another year come and gone, and another set of Rebel fan expectations suddenly and undeservedly dashed by jaw-droppingly inexcusable losses.

First there was the Ole Miss basketball team, failing yet again to make significant moves towards the NCAA postseason. (Also, at the time of this publication, it is already a foregone conclusion that 2012 will mirror 2011 in this regard; we hope this is not the case.) Then there was the baseball team missing NCAA postseason play for the first time in nearly a decade, putting fans of the diamond Rebels in an unusual mood come early summer. Then there was the 2011 football season, arguably the worst in the history of the Ole Miss program, a season which was marked with losses which were so bad that Rebel fans left the games more relieved to see them end than upset at their actual outcome.

By any measure, 2011 was an abysmal athletics year in Oxford. It is in that light that the eternal, slightly-delusional optimist that rests in all of us has already at some point said that 2012 will be a good year because "it can't get any worse, right?"

Cheer up, inner dialogue, because you're probably right this time! 2011 was just that bad, meaning that 2012 already has a leg-up in satisfying Rebel fan expectations.

The Baseball team won't be significantly improved over last year's squad, but they certainly have a realistic chance of bringing this program back to postseason play, an accomplishment which we've been able to treat as a foregone conclusion during the Mike Bianco era. While the pitching staff should be young and green, the bats have some experience and significant pop. With new hitting coach Cliff Godwin working to improve this team's offensive output, I would expect more points on the board out of Ole Miss in 2012. I also tip my hat to the Rebel coaching staff's most recent recruiting class which is generally considered one of the best group of freshmen baseballers anywhere in the country. Many of them will be able to contribute to the program's success right away, and all of them will serve as a foundation for future victories at Swayze Field.

The Football team, though, really gets a new beginning in this new year with a whole new coaching staff led by former Ole Miss assistant Hugh Freeze. There has been some backlash from throughout the Ole Miss fan base regarding not only Freeze's hire - he certainly wasn't the "splashy" hire many of us expected - but the hiring of his assistants, many of which are more dedicated to recruiting than actual coaching, but I don't think it can be understated how much of an impact this hire could have on our program simply from a cultural standpoint.

Allow me to use as an example a team which has been the peskiest thorn in our Rebel side for the past decade or so: Vanderbilt. In 2010, Vanderbilt was an atrocious ballclub (yes, they still beat our Rebels that year). They only won two games under the leadership of interim head coach Robbie Caldwell. In 2011, they were bowl eligible. They turned their moribund program around overnight under the direction of an energetic, smart football coach. They just seem to care about football now in a way they haven't in recent years. They play hard, smart football with an attitude bettered by few.

Yes, none of this is tangible, and little of it can be easily explained without detail or nuance, but suffice it to say that whatever new head coach James Franklin did to Vanderbilt, I want done to Ole Miss. I feel that such is fully possible under Freeze who, in many ways, mirrors Franklin's style and approach.

No, we aren't going to begin winning SEC championships in 2012, but we could feasibly be doing things like "playing in bowl games" and "beating other SEC teams," things which Ole Miss hasn't so much done as of late. I know this team is a rebuilding job, but I refuse to believe it's one devoid of talent or drive.

Oh, and then there's the basketball team. Look, let's just get real here: they're not going to make the NCAA tournament. They might not even make the NIT. The SEC is just that tough this year, and this team hasn't shown that it can consistently better even the most mediocre of opponents. They're young though, with a lot of freshmen and sophomores seeing time on the floor. I'd say we can count 2012 over for the roundball Rebs but... what about 2013? Anyone?