TLV #148 - Try Not To Take Recruiting Too Personally

Share All sharing options for: TLV #148 - Try Not To Take Recruiting Too Personally 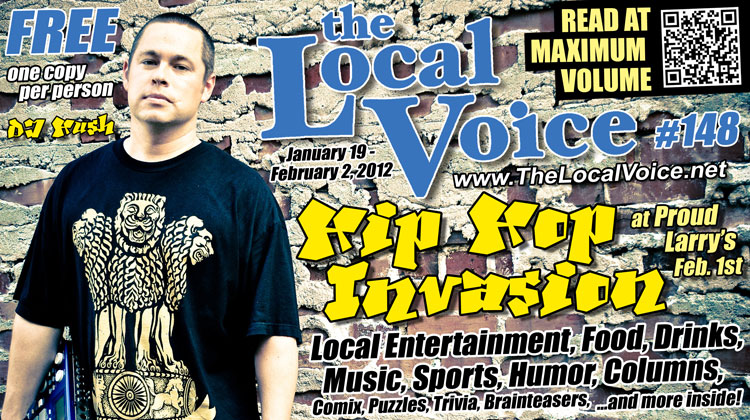 College football recruiting, despite the claims of its detractors, is very important. Just as with any organization – from a Fortune 500 company down to a fledgling Ole Miss fraternity – the recruitment of new people or, in this case, football players, is crucial to improvement or the maintenance of a status quo of success. In the case of an SEC football program, players graduate, declare for the NFL draft, drop out, succumb to injury, or downright quit, requiring the programs to aggressively compete against their peers and opponents for new talent every single offseason.

If it weren’t important, college football coaches and fans wouldn’t dedicate a lot of time and money towards it. It’s become so important, in fact, that many coaches are judged and hired almost exclusively due to their recruiting prowess. (Sound familiar? It should. And it should upset you.)

It’s a sport within a sport and, like fans of the sport of football itself, fans of the competition of college football recruiting tend to, at times, get a bit carried away with their fervor. This column is, primarily, for them.

Recruitniks, please stop taking all of this so personally. You can take it as seriously as you’d like. You can pump money into the coffers of Rivals, Scout, 247, and the other various dot coms dedicated to recruiting coverage. You can watch grainy highlights of high school football games on YouTube, pen and paper in hand, and jot down a bunch of meaningless drivel which you don’t understand – things like "footwork" and "field vision." You can even go to high school games and scout them in person, playing make-believe and imagining whoever the next big college star is draped in whichever uniform it is you hope he’d don on autumn Saturdays.

Seriously, go right ahead, do all of these things. Knock yourself out. It’s your time and your money. Just do us all a favor, and remember that these kids – they’re in high school, so they’re "kids" – don’t owe you anything; don’t take anything said or done by them personally.

Soon, a product out of Lafayette County High School, quarterback Jeremy Liggins, will announce his college choice live from Oxford’s own Irie. His announcement will be broadcast live on Rebel Sports Radio. This would leave many to conclude that he’s a Rebel through and through, right? Well, such isn’t clear as of The Local Voice’s publication time, as he’s currently choosing among LSU, Mississippi State, and Oxford. Now, while I fully expect many of the Rebels in attendance to boo or even angrily storm out of the joint were Liggins to flop a (presumably atrocious) Mississippi State baseball cap atop his head in a move reminiscent of Ashton Kutcher’s finest works, I would hope that any sort of vitriol directed at the young quarterback end right then and there until, at the very least, the scores a third touchdown against Ole Miss in Vaught-Hemingway during the 2014 Egg Bowl.

If Jeremy Liggins spurns his hometown Rebels, then we fans have the right to be upset about it because, as biased fans and alumni of Ole Miss, such would cause some pretty heady cognitive dissonance. ("He left Oxford for… Baton Rouge?! How?!") But that should be kept in the open, amongst fellow Rebels, and without the veil of the World Wide Web.

Before the 2011 signing day, a highly sought after linebacker named CJ Johnson, a Philadelphia, Mississippi native, decommitted from Mississippi State before signing with Ole Miss. Some Bulldog hearts were, understandably, broken, but what came immediately thereafter was even more troubling. Many Mississippi State students, alumni, and fans (not all, I don’t mean to paint with such a broad brush) took to the web and began insulting CJ. They began to suggest nefarious motives on his and his mother’s collective behalf. They hurled insults at him via Facebook, Twitter, and even his personal cell phone, and generally made asses of themselves in the process.

And why? Because they somehow felt entitled to him, and let that sense of entitlement result in a feeling of rejection, a feeling which hurt their feelings. In short, they took it personally. This is when the following of the recruiting process is taken too far.

Fans – Rebel, Bulldog, or otherwise – it’s okay to follow this stuff. I do it myself. Just remember that these recruits are people too. They’re not here primarily for our entertainment. They have their own goals, their own motives, and their own thought processes. They might not always line up with yours, nor should they. Let them make whatever decisions they’re going to make, and assume that they’re making these decisions for the reasons that are right for them.