We had a load of content yesterday, so I waited until this morning to publish this. I imagine you grabbed a hard copy anyway, right? Click the image to download the PDF, or click the jump to read the column's text. 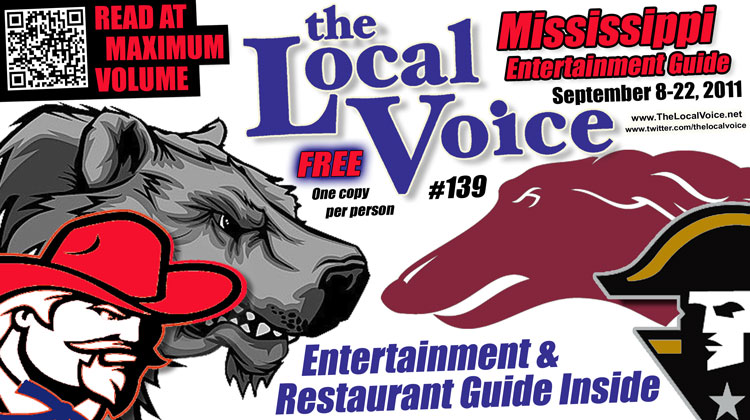 Out of the usual morass of wrestling emotions and cognitive dissonance we Rebel fans suffer immediately after a stunning Ole Miss football defeat, emerge a handful of questions we cannot help but ask ourselves.

"If X, Y, or Z would have taken place, could the Rebels have won that game?"

"Towards which coach - or coaches - do I need to direct the brunt of my ire?"

"Why do I spend so much dad-gummed time, money, and personal well being on this?"

I am certain that after this past weekend's nearly inexplicable and, in hindsight, entirely inexcusable loss to the Cougars of Brigham Young University, many of us caught ourselves asking those very things. We're fans; it's what we do. But after the weekend's haze was cleared from my mind, and the initial knee-jerk reactions subsided, one question regarding this football team's abilities, identity, and potential remained on my mind: can this team play well in the fourth quarter?

And by "this team," I do not mean the 2011 edition of the Ole Miss Rebels. I mean, simply, the Ole Miss Rebels. Surely I need not remind you all of last season's opening game, where the Rebels lost a double-digit fourth quarter lead, eventually falling to their opponent by one point (sound familiar?). And I am certain you all recall the last two meetings we've had with the Bayou Bengals, the most recent seeing an Ole Miss fourth quarter lead collapse and its predecessor seeing LSU fall just short of a miraculous fourth quarter come-from-behind victory. And then there is, oh, every other game the Rebels have lost for what seems to be as long as I have followed them.

Last season, the Rebels only outscored their opponents in the fourth quarter three times: against Auburn, Mississippi State, and UL Lafayette. As you know, only one of those games resulted in a Rebel victory. The other Rebel victories of 2010 either saw the Rebels outscored by their opponents in the fourth quarter (Fresno State) or tie them in the same time span (Kentucky and Tulane). No matter which way you look at it - aside from focusing primarily on outliers, something which even an amateur statistician could tell you proves exactly nothing - this football team cannot seem to finish a football game, and has not been able to do such for a while.

As with a bodily symptom which cannot, on its own, lead a doctor to a simple diagnosis - such as a fever - the Rebels' fourth quarter woes could be, and likely are caused by a whole myriad of problems with this team and program. Could it be that the players conditioned enough to endure a full sixty minutes of college football? Are the Rebel coaches, both currently and of recent administrations, unable to effectively plan for an entire game of football against their highly capable counterparts? Is athleticism and drive not enough to overcome inexperience and a lack of mental toughness? Is experience and mental toughness not enough to overcome a lack of athleticism or drive? Is there an overall issue with attitude that permeates this program which keeps it from realizing its potential?

Could it, dare I suggest it, be a little bit of all of the above?

With 2008's firing of Ed Orgeron and hiring of Houston Nutt, a few amongst the Rebel Faithful were ready to proclaim that Ole Miss was making a step to the next level. I won't let the semantics of that opinion trip us up here by asking how one defines "the next level" in Orgeronian terms, but suffice it to say that what I assume they meant by those sentiments have not, and are likely to not, be realized under this current football administration.

For a team to perform well for a full four quarters, they need to be deep, experienced, athletic, conditioned, well-coached and in possession of general football smarts. Even under a lot of coaching administrations, the aforementioned would be difficult to assemble and maintain in Oxford, but I am confident that such conditions will be tough to come by given the current men on the Rebel coaching staff.

This season, though, is still a young one. Yes, the Rebels allowed the final ten minutes of the opening game turn a thirteen point lead into a one point loss. And, yes, it put us all through some continued undue stress. But there's only one thing the coaches and players can focus their efforts on right now, and that's dominating the Southern Illinois Salukis from the opening kickoff to the final gun. Let's hope they do so and shown that they've got what it takes to make 2011 something worth remembering.