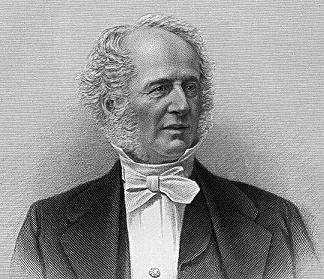 The Rebels travel to Nashville for a clash of mild proportions tomorrow morning as Vanderbilt looks to move to 3-0 for the second time in the past half century. The Rebels sit at 1-1 and face one of the most important games in determining the outcome of this season. Vandy is 4-2 in the past six years against Ole Miss, mainly due to the Rebels’ absurd amount of turnovers. Just glancing at our schedule, this game will be vital to our chance at a winter visit to the fine city of Shreveport. If we lose, I fear that we may be looking at a 4-5 win season.

When the Rebels are on offense
I hate to harp on something that we already know, but a lot of our offensive game plan will center on what Brandon Bolden can and cannot do. After suffering a "fractured" ankle in week one, Bolden received limited snaps at practice Tuesday and Wednesday. Jeff Scott should receive the start at tailback after last week’s impressive outing. We will again attempt to establish a running game early, but that will depend on the play of the offensive line. So far, Rebel ball carriers have averaged a meager 3.2 yards per carry. Considering that the OL was supposed to be our strength this season that should worry the Rebel faithful. We have to get a run game established in the first half unlike the past two weeks where the line has come out looking slow and at some points downright lackadaisical. However, at the end of the SIU game last week, Devin Thomas ran the same play 5 times in a row to close the game out. The offensive line seemed to find some unity and sense of purpose, so hopefully, Bradley Sowell and company will be able to open up some running lanes. Vandy has been stout against the run this season, but…well it was Elon and Connecticut. They should have looked good on defense against those squads.

Our wide receivers appear to be getting better each week and I didn’t notice any blatantly miserable plays from them last week. Ja-Mes Logan is looking more and more like a quality SEC receiver. Two things I’d like to see: Melvin Harris get a chance at some jump balls in second and short situations and some of our freshman showing up in a big way. However, the key to opening up our passing game will be the running game. If we are trying to throw our way out of 3rd and 8+, we’ll be limited in what we can do. Ole Miss will attempt to assert the running game early and get Zack Stoudt some chances to make throws off of play-action. If Vanderbilt is able to stuff the run early, we could be in for a dogfight late in the game. If Ole Miss is having to win the game in the fourth quarter on the arm of Zack Stoudt or the legs of Randall Mackey, I'll be concerned either way. We have enough talent offensively to put up plenty of points, so long as we're not fumbling four times.

When the Rebels are on defense
Vanderbilt hasn’t been overwhelming offensively. Larry Smith is certainly a quarterback who can win against Ole Miss, as we’ve seen in the past. Fleet-footed quarterbacks have given us trouble in previous weeks...and all of last season, so I’d expect Vandy to run a little more read-option than they have in previous games. Smith’s passing hasn’t been especially impressive and he is prone to throwing the ball into double coverage. Our ball-hawking secondary has picked off five passes, just one less than all of last season. I’ll expect us to play more bump-and-run coverage with blitzes designed to bring pressure off the edges and keep Larry Smith in the pocket. Getting pressure on Smith is a must because that is when he makes mistakes. If he’s able to escape the pocket and find time to throw, I worry that our DBs won’t be able to stay with the wideouts long enough to prevent completions.

With Mike Marry roughed up from last week’s game, Ralph Williams and Joel Kight should see most of the snaps at linebacker. How much Warren Norman can do, no one really knows. He gashed us last season and is Vandy’s answer to Brandon Bolden. His absence/brevity of playing time will make a big difference in what Vanderbilt attempts to do.

The coaches moved CJ Johnson to defensive end this week in hopes of getting a better pass rush from our down-lineman. One of the biggest factors, not limited to just this game, will be how good of pass rush we can generate. While Nix loves to blitz, we simply must get better production out of our four rushers in passing situations. I’m not expecting sacks galore this week, but I would expect some different looks from the D-lineman as well as some blitzes from our safeties and corners.

Generally
This game is unlikely to be an offensive shootout, as neither team has really established an "identity" (excuse my use of sports-buzzwords). Ole Miss is trying to figure out if Zack Stoudt really is "the guy" three weeks in. I'm worried that if he doesn't produce on a couple of drives consecutively, he will be yanked and the "quarterback competition" will continue. I have a hard time thinking either team will score more than 28 points, so this could be a game similar to last season’s

Prediction
This is one of the worst games to try to predict. Vanderbilt loves getting their lone SEC victory of the year against us and we like to turn the ball over…a lot against the Dores. However, I think Nutt and the staff detect the sense of urgency in this game. Last year, the wheels had come off the train before Vandy even thought about us. This year, the Vandy game means more to Nutt than any previous seasons. For that reason, I expect us to come prepared. I think our defensive backs pick off at least one of Larry Smith’s passes and Ole Miss finally wins the turnover battle. Jeff Scott has a big play or two that proves the difference. My money (none of which I’d actually bet on this game) is on Ole Miss to win in typical "are we going to fuck this up in the fourth quarter?" fashion, 24-17.