RCR Theatre Presents: The Empirenemy of the Cup Strikes Back

Share All sharing options for: RCR Theatre Presents: The Empirenemy of the Cup Strikes Back 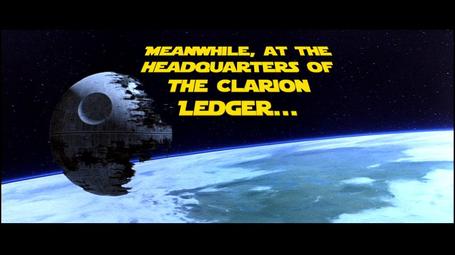 Our scene opens upon Darth Veazey and Emperor David Brandt, walking through the streets of downtown Jackson on their way to the Death Star (The Clarion Ledger Office Building, duh). Yancy Porter and Chuck Rounsaville, sand people, are closely in tow. Porter and Rounsaville can be heard spouting the phrase "on the hoof" over and over again. As Keazey and the Emperor enter the ship, storm troopers shoot Porter and Rounsaville but unfortunately miss. 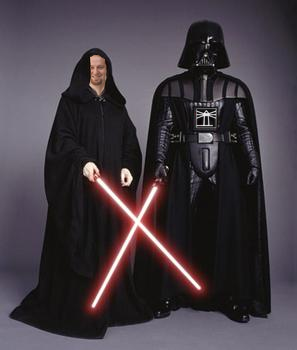 David Brandtpatine: Veazey, why are you breathing so hard?
Darth Veazey: Have you been outside lately? It's like the surface of freakin' Mustafar out there!
DB: Mustard fart? What? You're not making any sense. And why are you wearing that ridiculous black plasticky outfit?
DV: I live in Memphis now, Brandt. I need armor and stuff.
DB: Okay, well, why did you call me here?
DV: Emperor, the Red Cup Rebellion is at hand. We must do everything we can to vanquish our enemies and defend the empire. We successfully wiped out the majority of them, but they've just added to their ranks!
DB: EGADS! Do you believe them to be a threat to us? Surely Gannett, in their infinite wisdom, has added someone adept at defeating the Cup. Who has joined the ranks of our order at the Clarion Ledger in your stead?