As the hype inevitably builds around Ole Miss football, regardless of the pundits' predictions, I've watched as a great deal of praise and our season's hopes have been heaped on the newest Freshman class. Deservedly so, this class comes as one of the most heralded in Ole Miss history. The Rebs cleaned up in February, picking up 9 of the 12 Dandy Dozens (billboards on I-55 be damned). UM beat out LSU, Alabama, Florida, Texas and other programs that have dominated college football recruiting for players such as Tobias Singleton, CJ Johnson, Nick Brassell, Donte Moncrief, Senquez Golson and other 18 year-olds we've already stalked on Facebook...repeatedly. While these players come with promise, especially considering what one good recruiting class can do (Orgeron's 2005 class comes to mind), I'm trying my hardest to be realistic about how many will make a significant, long term impact. My biggest concern comes not with what they will do on the field-there is certainly talent there-but what will happen off the field and whether Ole Miss will retain them through three or four seasons. Though the actions of previous players have no impact on those of current Rebels, looking at some of the issues that have arisen over the course of spring and fall camps, it only makes sense to look at the attrition of high school players who committed to Ole Miss and are no longer on the roster. Below the jump, I'll look at the class of 2009 in particular as one of the reasons that recruiting doesn't mean shit if the players aren't still around. Caution: Lengthy read ahead.

This most recent recruiting class was Houston Nutt's third full class as the 2008 class was split between Eddie O and HDN. So, I'll focus on the 2009 class that featured 37 signees and drew the ire of the SEC and other teams that didn't think to sign so many damn players. This would be the class that would be filling out the junior and redshirt sophomore ranks this season and would be looking at their first or second years of playing time for the most part. For the readers' sake, I used Scout.com as my source for ratings and whatnot.

Looking at the list of 2009 commits from the highest rated down is particularly striking. Of our top 10 commits from that class, only 4 are currently on the roster. Bobbie Massie has evolved into what was initially expected as he is considered one of the better tackles in the SEC. Andrew Ritter-yes, even as the number 13 kicker was one of our 10 best from '09-should be handling kickoff duties again while Mike Marry should start at linebacker. D.T. would have been the heart of our defense this year, so we'll just pour some liquor on the Walk of Champions for him.

Meanwhile, over in Loserville, we've got six highly touted players who either never made it on campus or floundered out in their own respective fashion. Pat Patterson left school after his freshman year despite coming in as one of the top 5 receivers in the country. Though this may be completely unfounded, I have gathered that he has since left his community college team and apparently has no ambition besides smoking cigarettes outside Bishop Hall along with all the other dejected history majors.

Craig Drummond, a stout defensive end and HS All-American who would have been a shoe-in to contribute left his freshman season due to "homesickness", or some shit, and has since gone off the grid (I couldn't find him on Google).

Raymond Cotton, as we all know, left after Jeremiah Masoli came to Ole Miss. The four-star who spurned offers from Auburn, Arkansas and others subsequently transferred to the University of South Alabama and then left for Mississippi Gulf Coast Community College. Considering the quarterback situation we are currently in, it would have been nice to have someone competing who was familiar with the system and was versatile enough to fit Houston Nutt's schemes.

Then there's Darius "Tig" Barksdale. The former Mr. Mississippi for football who starred at South Panola as a RB and safety, enrolled at Ole Miss after spending a year at Hargrave Football Factory. After suffering from a bad case of DUI, Barksdale encountered some health issues before ongoing discipline issues led to his dismissal. He was next seen by Ole Miss fans on CBS cheering on his new team, Jacksonville State. 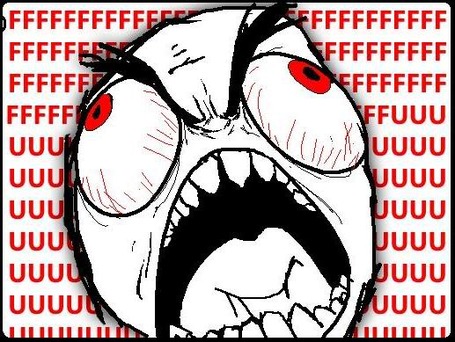 TE Z. Mason spent a year in Oxford and subsequently left for reasons unknown to this writer. He has since turned up at University of Tennessee-Chattanooga where he is expecting to play basketball this season.

Rounding out top 10 was linebacker Willie Ferrell out of Tallahassee.The number 13 linebacker in the country (174 tackles his senior year!?)  who shirked his commitment to LSU on signing day could have provided much needed depth to a currently depleted, inexperienced and young linebacking corps. Instead, he never once got to see the Grove transformed from whimsical forest to the beacon of hedonism we know and love. He is now at FAMU in Tallahassee, where he attended FAMU's Lab School.

And let us not forget the Safety who needed a bit of hep, Jamar Hornsby. Brass-knuckles, McDonalds and Starkville all conspired to prevent a talented but troubled player from ever taking the field.

The losses from the class of 2010 were not as obvious considering they would all be either true sophomores or redshirt freshman. However, the commits from that year that are not on the roster are noticeable because of the positions for which they would have provided much needed depth.

Defensive end Delvin Jones was the highest rated player from 2010 who is no longer on the team. During his redshirt season, he found himself in the unfortunate circumstance of setting university furniture ablaze and was dismissed this offseason by Nutt after further transgressions. He was booted alongside Clarence "My Television" Jackson, the oft-troubled LB who was listed as a starter at OLB this Spring.

FB Martez Eastland left this season after suffering from some academic issues while CB Tony Grimes, who was considered the best DB of the 2010 class is now at a community college in Arizona (I have no explanation for him, readers?). Back in September of 2010, Grimes was one of the freshman who was competing for playing time at corner and would have been on the four deep this season. Corner Eric Mitchell and WR Quadaria Mireles never made it to campus.

I'm sure I've missed a few or have some ill-conceived notion of why one of the aforementioned left, in which case I'll rely on the readers to correct me. However, what is especially troubling is what you see when you look at the positions that many of the players would have filled. There are a lot of linebackers, defensive lineman, and defensive backs that would be competing for playing time, if not as an outright starter this season. Considering how woefully thin we are on the defensive side, it leads one to ask "what happened?"

From my perch, the biggest indicator of trouble tended to be a lack of responsibility. We either pursued players who weren't going to make it to campus to begin with, or recruited guys who had never heard the phrase "Idle hands are the work of the Devil". Nearly all the players, who actually made it to campus and were either dismissed or left, did not play their freshman year. It would seem that when the responsibility of performing on Saturdays goes out the window, the players who are prone to trouble-making seem to shirk their responsibility elsewhere, whether that be in the classroom, on campus or on the Square. Now, this also goes hand-in-hand with the players that we recruit. I understand that we're located in the Southeast where poor academia tends to be an impediment for recruiting, but that's an issue for another post. What I am concerned with, as far as our coaching staff's choices go, is how we choose who we should recruit. With the new signing rules, we'll have to be MUCH more selective of who we recruit considering we won't be able to sign 40 guys and just let 15 fall off the radar. Though 18 year old kids make mistakes and are unpredictable, Coach Nutt has been around enough young men to gauge whether the kid will be trouble or not. I'd much rather have a 2 or 3 star kid who could contribute his junior year than a 4 or 5 star stud who could be a rock-star, but either won't qualify or is obviously going to be a discipline issue.

With all that information digested, I do find reason for optimism with the class 0f 2011. As EtOHReb has reported, most of the highly touted freshman in the 2011 class are eyeing at least some playing time and it seems as if Nutt placed more emphasis on finding high-character guys to go along with the talent. If the previous patterns of Nutt's relationship with commits holds firm, we can hope that Brassell, Singleton, Johnson and others will be focused more on adjusting to the SEC's speed of the game than setting shit on fire, stealing TVs, getting DUIs, skipping class and punching humans. If not, well... I'll see y'all in the Grove.