The University of Jawja recently released its version of the Nike Pro Combat uniforms, seen below.

I think that most of the conference does well avoiding uniforms like this. Around half of the SEC has (in my opinion) done a good job of maintaining consistent and traditional uniforms and keeping the excessively gaudy, Oregon-style uniforms off the field. Personally, I'd like to see Ole Miss stay away from uniforms inspired by things like this: 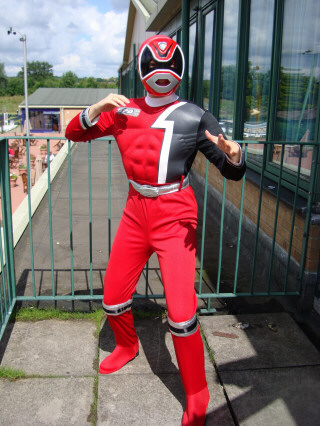 IS THAT YOU, WASHAUN EALEY?

Ole Miss does have a Nike contract, so a Pro Combat uniform is not out of the question. What would an ideal one look like? Powder blue helmets, Col. Rebs, a giant bear costume? Personally, I'd like to see a little bit of a throwback to the powder-blue helmet era, but other than that, I can only hope for something less atrocious than the Power Ranger-inspired uniform of The School Whose State Was Once A Penal Colony (/danmullen'd).

What do you think? Like drinking in the Grove, Photoshop and MS Paint art is optional, but encouraged.