Share All sharing options for: TLV #137 - The Resolve of the Rebels 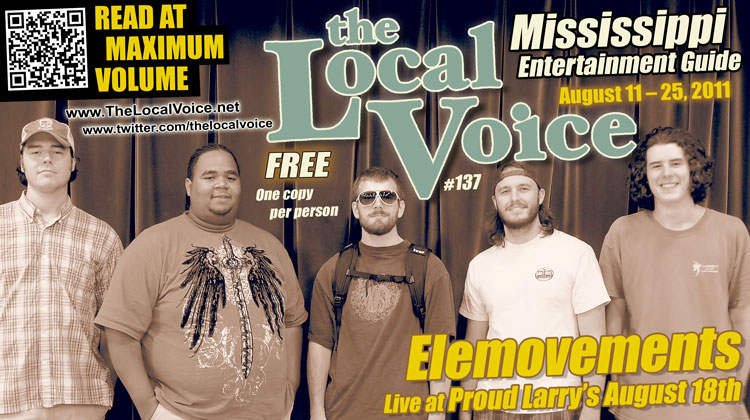 In a move which has been greatly anticipated by many, many Rebel fans over the past several years, the Ole Miss athletics department announced earlier this week that plans are underway to raise nearly $150 million to upgrade existing athletics facilities as well as build, from the ground up, a brand new one.

The north end zone of Vaught-Hemingway Stadium, currently a set of high school-esque bleachers situated in front of a gargantuan high definition screen, will be scrapped. Replacing it will be a properly enclosed stadium with new seating, screens, concession areas, and other amenities.

The parking lot behind the Turner center will, in a few years, serve as the site of the brand new and long overdue Ole Miss Rebel Basketball arena, complete with an effective lighting system and a properly sealed roof.

Tad Smith Coliseum will be, in a perfect world, torn to the ground. In its place will be either an arboretum, a habitat housing an actual live bear mascot, a killer swimming pool, or more parking - at least, those are my ideas for what should be done with that now lame duck building and otherwise useless piece of real estate.

Just as the changes which have taken place at our university's numerous athletic facilities over the past several years have rendered much of the Ole Miss campus nearly unrecognizable from its former self, these changes will absolutely transform the corner of All-American and Hill Drives into something much grander than what it is today. It will take several years, a lot of work, a lot of effective leadership, and a lot of money, but it will happen. And it will all begin on the heels of a school year which marked one of the worst overall Ole Miss athletics performances over the past several decades.

Just a few months ago, many of us and most of our detractors would have thought this impossible - a fool's errand, even. "Who on earth would give money to an athletics department whose football team didn't earn a bowl bid, whose basketball team couldn't escape the first round of the NIT, and whose baseball team completely missed the SEC Tournament for the first time in a decade?"

Apparently, we are going to find out soon enough.

To be clear, these plans have been in the works for quite some time. I can remember hearing rumblings about a stadium expansion plan nearly five years ago, and talks of a new basketball arena are nearly as old as, well, our current basketball arena. But for these plans to be ready, with renderings and some financial support, simultaneously and with serious sports shortcomings a part of our collective recent memories really is a testament to the resolve of the Ole Miss Rebel fan base and athletics administration.

There is one thing we Ole Miss Rebels cannot allow to happen and have never allowed to happen, and that is for Ole Miss - the university, the teams, and the Oxonian community both call their home - to be anything but the best thing that the state of Mississippi has to offer. No asset is spared in reaching this end, even though those of time, money, and oftentimes knowhow aren't as readily available as we would like for them to be. We proudly proclaim ourselves to be the Magnolia State's flagship university, and diligently work to maintain such.

Considering that, I hardly consider the timing of this at all surprising. For starters, if we were going to rebuild the north end zone of our stadium anyway, and were going to build a new basketball arena anyway, and going to conduct a few capital campaigns anyway, why not just roll it all into one event? And secondly, when considering the pride and identity of Ole Miss which hinges on our sense of superiority, one could reasonably conceive that defeats to the hands of Mississippi State and the subsequent gloating as initiated by the Bulldogs athletics department, as well as Dan Mullen in particular, could be significant catalysts to this development.

Fine, I'll even give in and say - even though I know this not to be the case - that what we're doing is entirely in reaction to what is going on in Starkville. They've beaten us in sports, proclaimed themselves "Mississippi's College Town", and even formed a political action committee with hopes of improving their, frankly, meager influence over our state and federal government agents. They are, clearly, aiming to surpass us and they, clearly, think will leave us in their dust.

This is us beginning to show them otherwise.

Even in the wake of a horribly embarrassing mascot controversy - regardless of your stance on the new mascot versus the old, we can all agree that the infighting was nothing but shameful - and a year of shameful sports performances, the Rebel fan base is about as unified and galvanized as I would have thought possible within a month of 2011's kickoff. After this past year, we may be down; but we are very, very far from out.