Share All sharing options for: TLV #136 - Remember, the Coaches aren't us. 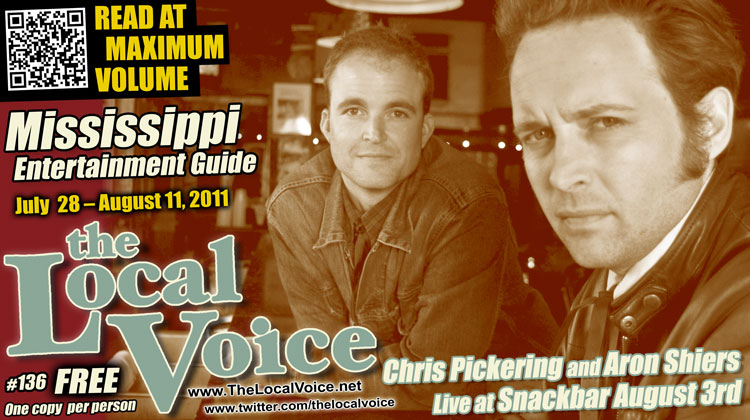 On Monday morning of this week, a group of Southeastern Conference coaches, including our very own Houston Nutt and Mississippi State's Dan Mullen, appeared on ESPN to talk, amongst other things, football. There were some questions about players, schedules, recruiting, and personnel, but the show was a mostly lighthearted affair. There were random trivia questions, responses to fan comments, and even a - I'm not kidding - putting contest.

Shortly after Coach Nutt obliterated his Starkvillian counterpart in the putting contest, once again proving Ole Miss' superiority in all things upper-middle-class and suburban, I couldn't help but realize that both coaches were actually having fun doing this. They both seemed comfortable in front of the Worldwide Leader's cameras; they both seemed anxious to get their schools' respective football seasons started; and they both seemed to actually get along in their mutual company. There was even a bizarre if not unsettling moment where the two of them were caught in each other's gaze, trading, of all things, smiles.

"They were actually smiling at each other?!" Yes, Magnolia State, they were.

There weren't any proclamations of any programs being on the rise. There weren't any recruiting titles being bragged about. There wasn't anyone attempting to claim ownership of the America's most obese slice of geography. And the Golden Egg Trophy, likely still in some case on Mississippi State's campus, the glass of which is undeniably covered in Cheeto fingerprints, wasn't anywhere to be seen.

The Egg Bowl rivalry, truly one of the most unique, fierce, and entertaining in all of college football, was nearly a nonentity while Dan Mullen and Houston Nutt shared a bit of spotlight on a cable sports network.

Of course, I would not venture to suggest that Houston Nutt and Dan Mullen are bosom buddies - they likely haven't the time or patience for each other - but I do posit that the two are hardly enemies. Realizing this, I had to take a serious step back from my fervent Ole Miss Rebel fandom and remind myself that, far too often, we fans project way too much of ourselves onto our football program, players, and coaches.

It has been said that college football fans oftentimes get the coaches they deserve. We're a school of tradition loving good ol' boys? Great, Houston Nutt fits that almost too well. Mississippi State fans are a bunch of annoying goofballs? Dan Mullen practically invented annoying goofballery. LSU partisans are a collection of incomprehensible loons? Les Miles has had a death grip on that image for nearly a decade. But we cannot forget that these men are, in essence, hired guns. The Bear Bryants, Phil Fulmers, and Bo Schembechlers of the college football world are, save for Joe Paterno, no longer. Coaches simply do not pledge loyalty to a program and ride it out, through seasons good and bad, for decades on end. They are now largely mercenaries, collecting paychecks to win games and earning the boot if they lose them, meaning that their loyalty to their program is about as strong as the loyalty any of you reading this fine publication have to your dayjobs.

The same, unfortunately, can be said for most players. With potential NFL contracts, fleeting collegiate stardom, and the thrill and celebrity of playing in what is essentially professional football's equivalent of baseball's minor leagues, far too few footballers invest themselves into the sport they play as much as we fans invest ourselves in watching it.

We would, I feel, serve ourselves best to remember this. While Dan Mullen and company are raking in donations and season ticket bids over snarky barbs and rolled-eye inducing billboards, they aren't actually doing this out of any anti-Ole Miss sentiments. The same goes for Houston Nutt's rebuttals offered at SEC Media Days or the legion of high school football recruits who every season flip-flop amongst various schools of choice.

Just as Tom Hagan, played memorably by Robert Duvall in The Godfather, once said, "This is business, not personal."

While this odd quirk in fan psychology does make it easier or more convenient to maintain ones fandom in that, by coming to terms with the humanity and economics of the sport, one is forced to truly question why they invest so much time, emotion, and money into their fanhood, it does not readily justify the knee-jerk reactions so many of us are so quick to offer. Yes, the idea that Houston Nutt loves Ole Miss football the way that we do, and hopes to rub LSU and Mississippi State's face in the turf after every rivalry victory is a pleasant one, but it's just not the case. The same goes just as easily with the thoughts and feelings of our nemeses.

So playful back-and-forth and putting challenges aside, let us not lose sight of the real purpose of our rivalries this fall. Let us not direct our attention towards our rival fans, coaches, schools, or even players. Let's just watch the game, and either love or truly hate the outcome.