Getting Under Houston Nutt's Skin, or How Dan Mullen Won Media Days | Team Speed Kills
I think this relies on the assumption that coaches take the things said and done by other coaches personally. By and large, they do not. It's not as if Dan Mullen legitimately dislikes Ole Miss (don't tell a State fan that, though, because they've projected way too much of themselves on the guy and would rather not have that resulting worldview shattered), nor as if Houston Nutt legitimately finds Dan Mullen's silliness annoying. What's under Nutt's skin is losing to Mississippi State, period.

Georgia Bulldogs 2011 Season Preview: The Ole Miss Game | Dawg Sports
T Kyle King takes a look at Georgia's chances against our Rebels for the 2011 match in Oxford and concludes exactly what we're thinking: if we can get our running game rolling, we'll be a very tough out.

Eli Manning works magic for children's hospital | The Clarion-Ledger
Eli Manning has done a remarkable job alongside BankPlus and Friends of Children's Hospital, raising nearly $2.9 million for the University's Blair E. Batson Children's Hospital. Money aside, Eli has also spent numerous hours at the hospital visiting with the patients which, when considering the oftentimes hectic lifestyles of NFL quarterbacks - especially those in big media markets such as New York - is truly remarkable. I don't know what position I am in to offer such, but I do want to extend my thank yous to Eli for this. Thanks for giving back to Ole Miss, Mississippi, and people in need, and thank you for using your superstardom as a vessell to do great works. You're making us at the Cup proud. 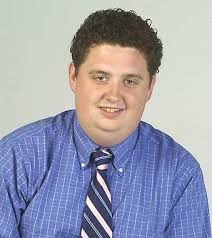 Okay, not really. Hugh Kellenburger (more like Poo Smellenburger amirite or amirite?!) is the Clarion-Ledger's new beat writer, and we're already disgusted with him. And, when considering his coming down to Mississippi from Indiana, he probably hasn't the slightest clue what all of this is about, which makes his EotC status that much more legitimate.