So we're like a week late on this. Whoops. We do want to take credit though for criticizing Mike Bianco (satirically, mind you) in a column published on the Thursday before he led his club to take the series from the #1 baseball team in the country. You're welcome, everybody. 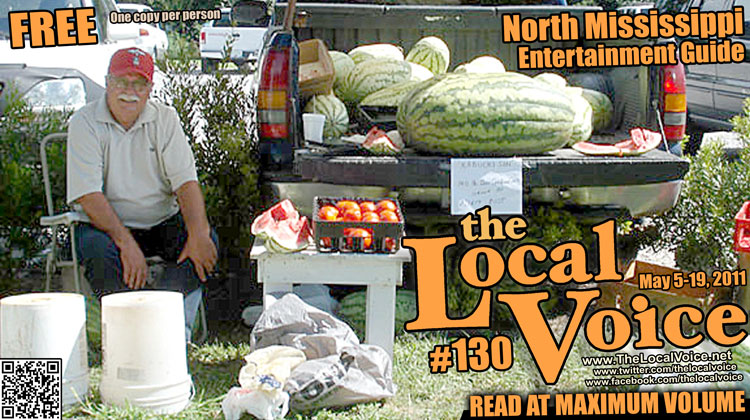 OXFORD (TLV) - In an unexpectedly early decision made well before June's College World Series, Ole Miss Rebel baseball head coach Mike Bianco has been named the 2011 Hat Tipping National Champion according to a statement released by the university.

Bianco, who's penchant for hat tipping began early in his career, has been tipping his hat often and with great effect this season compared to any prior year of his career in Oxford.

"Well, look, when you're getting beat, it's just a great and gentlemanly thing to do to tip your hat," he said. "Granted, it has worn my bill down quite a bit since the start of the season. Damn near had to get a new one after our last series in Florida."

Hat tipping first broke onto the baseball scene as a sign that an opponent had fooled, tricked or downright outplayed a team. As a highly decorated knight would salute a worthy opponent or as a dapper gentleman would have appropriately treated his headwear in more genteel social circles of yesteryear, too in baseball can one gesture with the hands to the bill.

But the motion is not always a literal one.

"No, you don't always gotta actually reach up and touch your hat," he said, with an air of defeat. "That'd be too much. Most of the time I just tell folks I'm tipping my hat to them during a postgame press conference. Like ‘gotta tip your hat to Auburn' or something like that."

Cornell Backleberry, the President of the American Association of Hat Tipping (AAHT) said Bianco was "as hatty a tipper as we've seen at the AAHT. It is a pleasure of ours to bestow our highest annual award onto Ole Miss' Mike bianco." The organization awards the annual honor to the head collegiate coaches deemed most deserving by a panel of judges after nominations are submitted by members of the press.

Ole Miss athletic director Pete Boone said the distinction for Bianco adds to his resume and makes him that much more indispensable as an asset to the university's athletic programs. Boone said a gentleman who values character despite wins and losses is what makes the best kind of coach at the University of Mississippi.

"There's nothing I hate worse than a sore loser," he said. "If we had a coach that got us to Omaha and then lost and had a bad attitude, not tipping his hat and getting all grumpy around the players, throwing perfectly good coupons into the garbage, well I'd fire him the very next day. Mike's hat tipping in super regionals is legendary in these parts, and it's what I like most about him."

Bianco's players have also taken notice of their manager's propensity for tipping his hat.

"Coach Bianco's tipped his hat to just about everybody we've played this year - Auburn, Houston, Tulane, Florida - I really just worry that he might end up tipping his hat to [the Mississippi] State [Bulldogs] here soon enough," said Rebel shortstop Blake Newalu.

Jake Morgan, a Rebel pitcher recovering from an injury, felt that Bianco's hat tipping even facilitated his recovery. "He was always just tipping at my effort, my determination, and whatever other words he likes to use. Lots of tipping," said Morgan after a recent Rebel practice.

To hopefully produce similar successes across other Rebel sports, Pete Boone has organized a coaches hat tipping seminar at the university this fall, in which he expects all university coaches to participate including head football coach Houston Nutt.

"Welp, you know, hats are like a toupee's cousin," Nutt said. "That's a family tree, and that's what we're doing here. Family. Football. Discipleship. There's a lot of Judases that will come around though, so you've got to keep your gloves up like Mick used to tell Rocky. Carl Weathers should've gotten an Oscar. Great drive and tenacity. Competition makes it all worthwhile and gets us where we want to be like gasoline. Adrenaline motor moving."

Coach Nutt then removed his straw hat, a noticeably larger head garment with more overall tipping surface than Mike Bianco's ubiquitous cap, and threw it, in the fashion of a frisbee, towards a nearby David Lee, remarking "whoooooosh! UFO's comin' atcha big man!"

Bianco said he plans to place the hat tipping championship trophy in his office next to a stack of new bills planned for use next season.

"It'd go right really nicely right next to all of these four regional championship trophies I've got."