TLV #129 - Where We Try to Translate Nuttspeak

Share All sharing options for: TLV #129 - Where We Try to Translate Nuttspeak 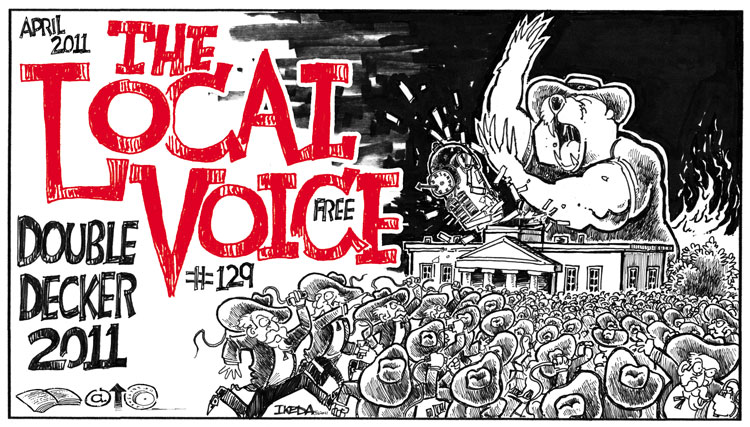 During this offseason, with the immense disappointment of the 2010 football campaign still weighing heavily on the hearts and minds of Rebel nation, Houston Nutt has made some purportedly significant changes to his coaching staff and philosophy.

Gone is Dave Radar, the meddling quarterbacks coach, and in comes new offensive coordinator David Lee. Alongside him, Gunter Brewer - again, welcome home, Dog II - and Keith Burns join the coaching staff to improve the underachieving wide receivers and defensive backs units. But those are hardly the most important changes Coach Nutt made this offseason, if we are to believe what we are hearing.

Coach Nutt, during the 2011 season will, for the first time in a geological era, not have control of the play calling duties. That will go to the aforementioned Lee who served alongside Nutt at Arkansas and with the Miami Dolphins as a position coach. When asked about this change, Nutt said it was necessary for him to focus on other aspects of the team in order to truly live up to the "head coach" moniker.

Sayeth Houston Dale, "Defense. Where usually when you're just on offense, the players know it, and I always tried to, when you're calling plays, you try to go spend time with them during the individual, and different times, but now it's different. Different, where you're there pretty much all the time. I get to sit in the meetings. I can go in the linebacker meeting. I can go in the secondary meeting. And I think it's something too, when the players see, hey, coach Nutt's in here. And just putting emphasis on punt team, kickoff team. It's good."

Tackling Nuttspeak isn't easy - I'm no linguist - but I think that does indeed mean that Houston Nutt will no longer have his arms shoved elbow-deep into the offensive play calling.

This could ultimately be a good thing. Houston Nutt's nearly megalomaniacal control of football programs is notorious, just as any crazed Arkansan can tell you. He lives and dies by himself. You've got to give him as much credit as you would blame, making him as much an easy fall guy as an unlikely hero. The concern thereof comes with the inconsistency intrinsic with such a coaching philosophy, an inconsistency which, after two Cotton Bowl victories culminated in a loss to Jacksonville State, is something no self-respecting football fan can stomach, let alone endure extended exposure to.

It's an exciting thought to think of an Ole Miss offense operated by some fresher thinkers, especially those with NFL and significant college experience, as Lee, Brewer, and Nutt can collectively boast. But is it a realistic thought? How sincere is this proclamation of a new coaching philosophy, and how much of a difference can we reasonably expect between the offenses of 2010 and 2011?

Here's a telling quote from Nutt offered as an addendum to the above, "I won't be shy if they ask me [to call plays]."

Okay, so the only way he won't be involved is if the brand new, been out of college football for several years, once Nutt crony at offensive coordinator David Lee doesn't ask his boss for an opinion. Well, that should just work swimmingly.

Pardon our skepticism, but this sounds far too much like what we saw a few seasons ago when former offensive coordinator Kent Austin, offensive line coach Mike Markuson, and Nutt were a three-headed play calling monster. The offense looked great at times and downright batty during others, and mostly survived on the then NFL-ready talents of Dexter McCluster, Mike Wallace, and Michael Oher.

In case you haven't been paying attention, we don't have such talent on this squad for this fall. Sure, there's talent, most notably Brandon Bolden and Jeff Scott serving as a dynamic duo of sorts out of the backfield, but we're not in any sort of a position to let our individual footballers talents greatly enhance and influence, or even bail out, our coaching staff's play calling. What this football team needs both right away and in the long run is a proven play caller either as a head coach or serving under a head coach willing to humbly delegate duties amongst his staff.

This is not at all to suggest that neither Houston Nutt nor David Lee have extensive and successful track records of play calling. They do, so long as you take those careers with the grain of salt that is their inconsistencies. With the speed and experience we have returning on offense, I think Ole Miss Rebel fans can, at the very least, expect something that is capable of scoring enough points to keep our squad competitive this fall. Just don't expect some great paradigm shift in offensive philosophy, especially if such is being purported by our very own head coach.