Share All sharing options for: Rebels in need of morale and RPI boost (opEn tHrEAd eDiTioN!) 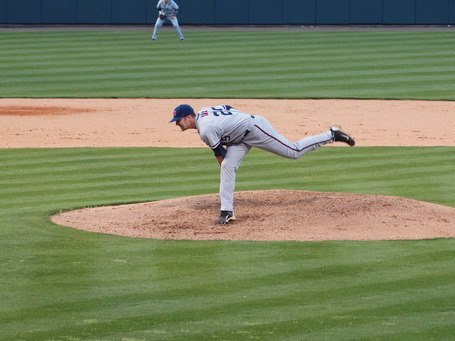 In Memphis last week, Tracy delivers what was probably a hanging curve.

Both the Rebels and the Golden Eagles had weekends to forget. The red-hot eagles traveled to Memphis and lost the series; however, they were able to salvage the finale on Sunday. The Rebels lost a one-run Friday night game for the second consecutive week, lost the series on Saturday, and then pounded out 18 hits to avoid the sweep on Sunday. Both teams are trying to rebound and get back on the right track.

Righty Boomer Scarborough will climb the hill for the Golden Eagles. On the season, he is 1-0 with a 1.82 ERA. He pitched two weeks ago against the Rebels in Hattiesburg allowing 3 earned runs on six hits in 7.2 innings pitched. Matt Tracy will toe the rubber for the Rebels and attempt to right the ship after the atrocious outing he had last week. The senior is 3-2 with a 4.60 ERA on the season.