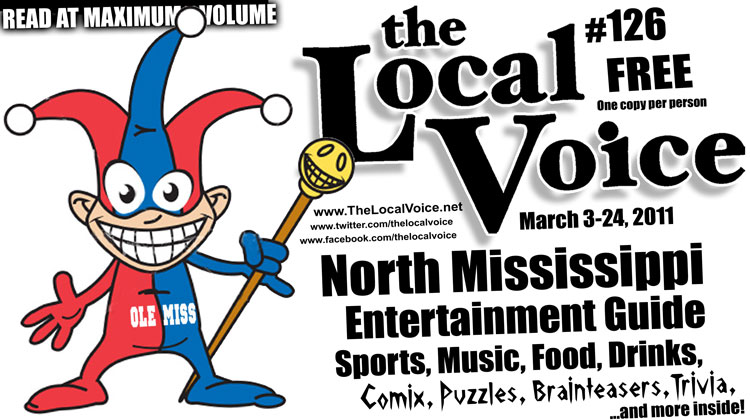 We're a bit late in posting this. That's because Juco's a bum. Ok, just kidding, it's because I was out of town. Anyway, read it.

After two strong weekends to open the 2011 Ole Miss Rebel baseball season, Mike Bianco and company look at a set of games against the Tulane Green Wave mark what will undoubtedly be the toughest non-conference test for the Rebels this season (ED: This ran on Thursday. Like I said, we're tardy). But, as good as Tulane is, they're not nearly the toughest program the Rebs will face over the next few months. In looking ahead to the sunny baseball weekends of April, and May, there are a few key weekends which stick out as pivotal points for this team and their postseason prospects.

Being as how there isn't a better baseball conference in the nation, it is rather difficult to determine the toughest series in SEC play for our Rebels. Just about any team, save for Mississippi State (we're probably going to regret writing that), can come up and thump you for two or three games on any given weekend. That's not only the nature of this sport, but also a result of the great parity amongst the Southeastern ballclubs. But, if we were to pick just one series with grim prospects for a Rebel victory, it would have to be the late April/early May trip to Gainesville to take on the Florida Gators.

There are lots of reasons one wouldn't one to spend a baseball weekend in Gainesville: the poor fashion sense of Floridians, the rumored live alligators roaming the outfield, the scorching temperatures of an open field in the Sunshine State. Oh, and there is also the pesky fact that their lineup is more loaded than an ATO during Gator Bash weekend (yeah, brah, Bubba Sparxx!1!).

As of this publication date, the Florida Gators are the number one ranked college baseball program. They don't exactly have a chokehold on that position, but they're likely to hang about the top-10 range for much of the season. They're outscoring their opponents at about a 5:1 run ratio, and are led by two all-American selections in Preston Tucker and Brian Johnson. They score in bunches and defend well and are truly a legitimate national title contender, even this early into the season.

Another harrowing fact about that weekend: it's sandwiched in between a trip to Auburn, a team which is actually picked by some as an SEC West Favorite, and a series against the defending College World Series champion South Carolina Gamecocks. Getting Carolina at home helps assuage some of our anxiety, but not enough to install any confidence into us, as the world champs return Jackie Bradley and Matt Price, who are both all-Americans off of last year's squad.

And while those three weeks may be the most intimidating up front for the Rebels - and, realistically, for anybody in the country - the final two weeks of the season will be just as important in setting the Rebs up for prime postseason position. The penultimate Rebel baseball weekend sees Swayze field "host" a gang of "visitors" from Oktibbeha County and, even though the first game of the series will be televised on ESPN, very little can excite any Oxonian about an encounter with the maroons of Mississippi State. Sure, State's not all that great at baseball anymore, and the Rebels certainly should take this series, but we all know that probabilities and statistics mean little when the Bulldogs and Rebs encounter in any fashion. The weekend immediately after that, the Rebels travel to Fayetteville, Arkansas to face the second or third most annoying opponent they'll see in Dave Van Horn's Arkansas Razorbacks squad. Arkansas is a good baseball team, but the Rebels have played very well against them as of late.

Rebel victories are probable, and entirely necessary, with both of these weekends. They are nowhere near the most difficult pair of teams we'll face consecutively this season, but to round out the season with these two series gives the Rebels a great opportunity to set up very well for postseason play, not only in Hoover for the SEC Baseball Tournament, but also beyond with NCAA Regionals and Super Regionals. Baseball fans can attest to the value of momentum in this sport. If the Rebs are to perform well in the postseason, they'll need to take full advantage of these two weekends.

A shining glimmer of hope for this upcoming season, you implore of us? Alright, here: the Rebels don't play Vanderbilt, another quality baseball team, this season, marking the first time in what seems like forever that the SEC East opponent rotating off of the Rebel schedule is actually a good one (how many times did bad Kentucky and Tennessee teams just so happen to not be on our schedule?). Regardless, the fact remains that, in this conference, you've got to pitch, bat, and defend well every single weekend because the competition is just that good. Let's all hope that Mike Bianco and his team are up to task.