TLV #127 - The Five Players to Watch This Spring

Share All sharing options for: TLV #127 - The Five Players to Watch This Spring 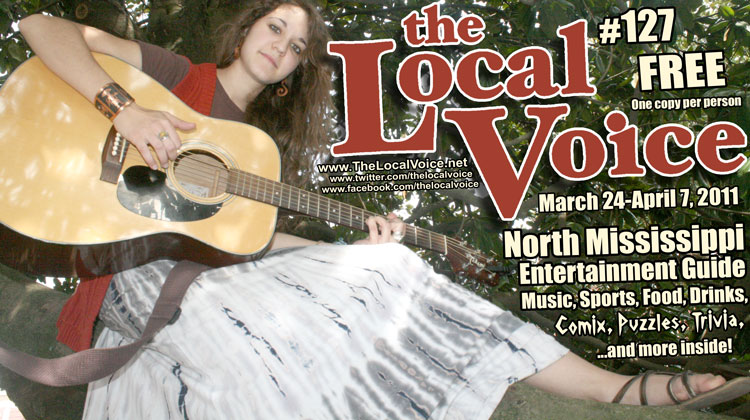 Spring football is here! Yes, Rebel fans, while of little real consequence and mostly indicative of nothing, one of the most celebrated times of year for SEC football fans outside of the actual season itself is upon us. Over the next few weeks and leading up to the annual Grove Bowl, the Ole Miss Rebel football squad will be taking advantage of Spring's newfound warmth and sunlight to prepare for another likely frustrating Ole Miss football season.

But don't let the prospects of a potentially bleak football future temper your excitement for the weeks to come! We at the Cup love spring football and do so for two reasons: Ole Miss cannot lose and we fans get our first glimpses at new or emerging Rebel footballers. The latter will be the focus of this issue of RCR via TLV with this, the five Ole Miss Rebels who we fans should most closely observe during these spring drills:

DT Carlton Martin - The redshirt freshman defensive tackle out of Madison will get his first real work on the Rebel defensive line after the departures of Jerrell Powe, Lawon Scott, and Ted Laurent. Martin looks to be the most promising of a young group of defensive linemen out of whom the defensive coaching staff will ask a lot this season. His performance in Spring drills is paramount to the development and maintenance of a defensive line which has consistently been one of the conference's more capable over the past few seasons.

MLB Mike Marry - This is the horror of greyshirting! It's a terrible practice and must stop now! Oh, wait, Mike Marry is slated to be one of the top linebackers on our team and is an all around stand-up student athlete. Maybe it's not such an atrocious thing that the Rebel coaching staff decided in favor of greyshirting - that is, the controversial practice of not giving a footballer a scholarship during the his freshman year as to not go over the NCAA-imposed 85 scholarship limit for that season, while promising to honor a scholarship offer at a later date - the 6'2'' 237 pound sophomore middle ‘backer. Marry accounted for 22 tackles, three tackles for loss, one sack and two fumble recoveries in 2010, but will most likely be asked to do much more in 2011 with the departure of Jonathan Cornell. As a do-everything linebacker, Cornell led the team with 80 tackles and notched 4.5 sacks, 14 tackles for loss and a forced fumble this past season. The 2011 spring practices and scrimmage should give Marry the chance to step up and become the eyes and ears of the Rebel defense and emerge as the leader of a young, athletic linebacker corps.

WR Vincent Sanders - Redshirt freshman wideout Vincent Sanders had plenty of hype coming out of high school as one of the top receivers in America, but redshirted as a freshman due, in part, to a lingering jaw injury he suffered in high school. This past Signing Day, the Rebels brought in one of the absolute best wide receiver classes in the country with three very gifted incoming freshmen who appear physically ready to play. This Spring will help determine whether Vincent Sanders is able to develop into a significant offensive role before those freshmen arrive this Fall. We've heard that Sanders is developing very well, and having a semester with new wide receivers coach Gunter Brewer is sure to help him, but he's going to have to work hard if he wants to get major reps in the Fall. If he lives up to his hype, then the Rebels will have what is perhaps the best group of young wideouts in the SEC with several freshmen and sophomores earning significant reps.

QB Randall Mackey - The Rebel quarterback battle looks to be a close one this offseason, as the departure of Jeremiah Masoli has left four likely candidates for the starting job. Of those four, the mist intriguing and potentially dynamic is Bastrop, Louisiana native Randall Mackey. Earning both high school and junior college All-American honors over the past several years, Mackey has proven that he is athletic and capable enough to be an elite offensive weapon at those levels of play, but there are a few concerns which lead many to believe that his skills won't readily translate into success in the Southeastern Conference. Some might have reservations with Mackey's size - he measures in at just under 6 feet - while others find their skepticism with the stats-inflating, high-octane offensive systems run by Mackey's Bastrop and East Mississippi CC programs. But the most undeniably interesting concern with Mackey's state as a potential starting quarterback in the SEC is a speech impediment which has affected him throughout his entire football career. Mackey's got a bit of a stammer, meaning that playcalling and general on-field communication are difficult for him, raising legitimate questions about his viability as an offensive trigger-man in the difficult sporting environments of college football. If it's something he can work around, look for him to be a significant part of the Rebel offense this Spring and Fall.

DB Wesley Pendleton - It's no secret that the Rebels struggled a great deal in the secondary last year, posting what was statistically the worst passing defense in the SEC. There wasn't enough size, speed, or experience for the Rebel defensive backs to keep up with their receiving counterparts. Juco transfer Wesley Pendleton hopes to be a part of the change necessary in the Rebel defensive backfield. He has elite speed and is already on campus working to get a starting spot. If he is able to start opposite promising sophomore Charles Sawyer, the Rebels could be in an adequate situation with Marcus Temple relegated to nickel corner. If not, the back end of the defense could struggle even more than it did last year (if that's conceivable).

Of course, Spring football is mostly meaningless in that it's really just an excuse to make sure that our footballers are properly prepared for their "voluntary" Summer workouts and still in SEC football shape, but don't let that deter your enjoyment of it. It is football, after all; it is still worth watching. Hotty Toddy, and here's to a productive few weeks of Spring football.