Share All sharing options for: Even Newer Adventrues of Recrootin' Dale ... And Friends!

This is the story of a football "coach."  Crazy even before he was harassed and dismissed by the school he loved, Houston Nutt left Fayetteville for the red, blue, and greener pastures of Oxford.  Little did he know that in those very pastures where his horses roamed in the rolling hills of North Central Mississippi, he would come across the irradiated National Letter of Intent of Brandon Bolden, turning mild-mannered Houston Nutt into RECROOTIN' DALE!  Where do we find our hero today?

RECROOTIN' DALE! sits indian style on top of his desk in his plush corner office, decorated with the stuffed, preserved heads of various barnyard animals and one mounted paper mache likeness of a moustachioed man with a bronze plate beneath reading "Negative Slant Brandt."  New offensive coordinator Dave Lee is seated statue-esquely in a metal folding chair, hands on his knees, motionless, looking forward.

RD!  Honestly, Davey, I'm glad you're here, but I am just ten-gallon tore up about having to let go of the other Dave.  I mean just tore up.  You know, it hurts me to see good people suffer.  We were like family, you understand, Dave.  I mean, I never even got the chance to even actually talk to or, I guess, even see the man.  But, nevertheless, I assume he moved to Oxford with his family and such.  And just, dagnabit, had to have brought the whole dadgum clan with him over here from . . . y'know, wherever.  And I guarantee you, a man of integrity like that, he prob'ly even came to practices and all.  Take a memo . . . memoooooo . . . that's a funny word.  Take a letter for me.  "Dear Coach . . ." uh . . . Dave what was that other Dave's name?

RD!  Dear Coach Dave . . . thank you for your dedicated service to Ole Miss football.  I assume they paid you.  Nobody let me know one way or the other.  Seems like nothin' gets done without my say-so around here.  Anyhow, I hate that we couldn't really work together so much this past year.  I hope you enjoyed doin' y'know whatever you've been doing these past couple months in Oxford. 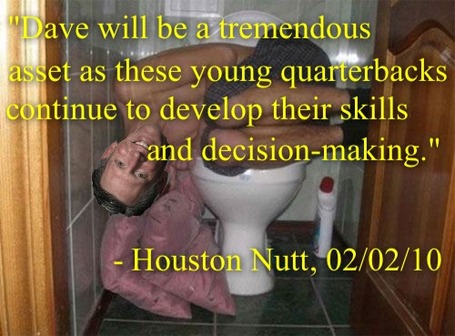 RD!  You gettin' all this Dave?

RD!  Dangit, Dave, you 'bout the Hoot-tootin-est assistant I ever had.  Anyhow, back to other Dave letter.  "'Crootin' is going super good.  If you read any of the magazines and stuff you know all about how we got us a quarterback from the Pac-10.  He took the place of a great good kid we had name Nathan Stanley.  You mighta met him around town or something.  Anyhow, we just had him and another one from the JUCO named Randy.  So we had to get us some more quarterbacks for sure.  And we were able to sign something like sixteen or so." 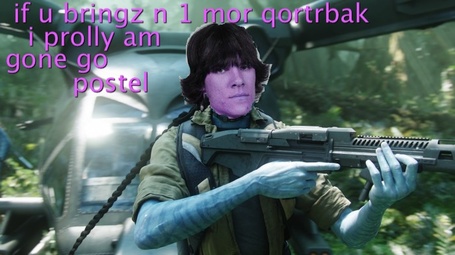 RD!  We had a bunch more kids come in, too.  Good, solid kids with big hearts and yada yada.  I bet we probably got about thirty or so to sign (I don't know why everybody doesn't do that!).  We even stole a couple from that dadgum Dan Mullen.  I think its because I've been secretly logging onto the Clarion Ledger and telling ever'body the truth about them leg-humpin' bullfrauds!  LOL!  I even been using different screen names and such 'cuz I'm smart and all. 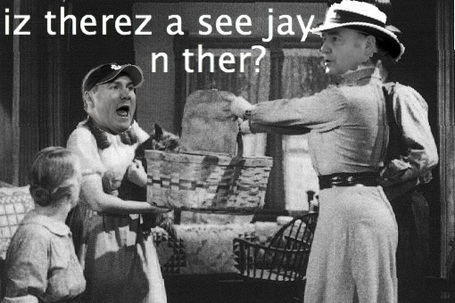 RD!  They were all so mad about that C Jay (I think he's a rapper or something).  The other fun thing about you leaving and me getting to hire my ol' buddy Dave Lee is that I've got the ol' band back together.  No offense, but I just work better with the folks I know.  Some people call that "cronyism."  I don't know what that means, but if there's something wrong with giving top positions to your buddies without having to worry about qualifications or performance, then, dadgum, Dave, I guess I'm a crononym or whatever.  Course there is one team member I haven't got over here to Oxford, yet . . . 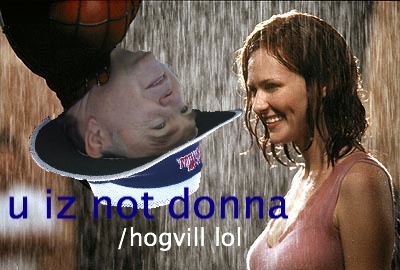 RD!  Lol.  Just jokin' Dave.  Anyway, keep it real and everything.  I hope your future endeavors are awesome.  Things are awesome here, and we're just gonna keep on doing what we're doing.  If you see Nick Saban tell him I think he's a turd-burglar.  He'll know what it means.  Warmest regiggities, Houston."  Okay.  Save . . . aaaand print.

DL:  You have one pending print job.  Please replace the "black" ink cartridge.

Ivory Tower types away furiously on his MacBook, laughing to himself.  He takes a drink of whiskey and thinks about checking the oven.  That's not important; he's just trying to tell you that he is moving to his hometown in a month to open a private law practice and probably get into politics.  And it's not that he doesn't have time for you anymore, it's just that, honestly, you're a political liability.  Don't try to fool anybody into thinking you'd vote for anybody that catered to your type.  Is Ivory a sell-out?  Probably.  But you jerks will get along fine without him. 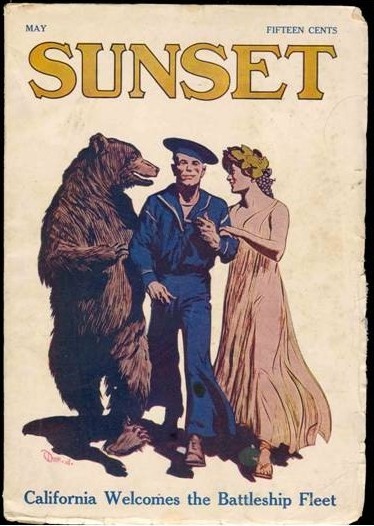 Sunset.  I'm ridin' off into it.  Don't worry about me.  I got my mascot.  And my lady friend.  She's imaginary, but I'll be fine.  More importantly, hate on, haters!