Share All sharing options for: TLV #125 - Three Keys To Rebel Baseball This Season 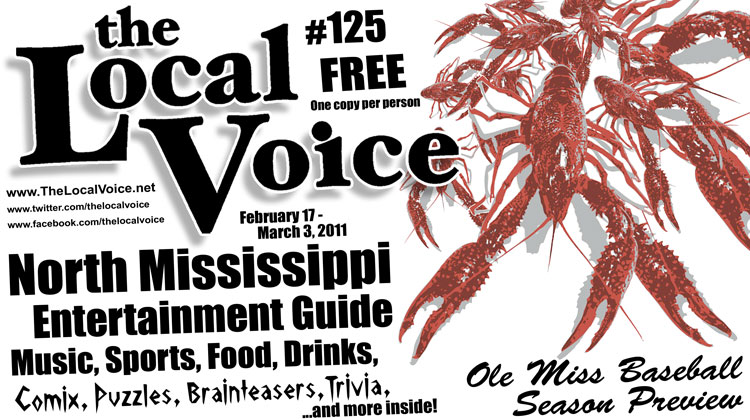 We've reached that familiar and welcomed time of the year when basketball has once again become irrelevant and the hope inspired by a touted football signing class has since passed. That's right, it's Ole Miss baseball season! It's time to bring the cooler to Swayze Field, fire up the charcoal briquettes, make sure your croakies snugly grip your shades, and watch a sport that the Rebels have actually been consistently good at for the past several years. This season looks to again present another in a long string of good Rebel teams, and that is something we at the Cup cannot help but get excited over. We naturally will, and have already been, preparing you dear readers for this season over at our online homestead, but this here is the first of many baseball columns to come via this fine publication. So allow us to giddily get the 2011 season rolling with what we have determined to be the three most significant developments to Rebel baseball since 2010's last out.

The NCAA, in their infinite wisdom, has taken a big step towards slowing down the speed of the ball as it comes off of the bat this season. Citing what are likely legitimate safety concerns, new regulations have been put in place which limit the baseball bats used by collegiate teams to those which, while still aluminum, best replicate the performance of the wooden bats of the Major Leauge. Gone are the days when teams would load up on sluggers and mash their way to a 14-12 victory (see: every Auburn team ever). That's right; the game was exciting, so regulations were drawn up to make it less exciting.

But don't let our cynicism and general distaste for authority fool you. The change is actually a nice one for our numerous fastball-oriented pitchers. The Rebels probably won't see quite as many 93 MPH balls hit squarely and sent out past centerfield as they have in seasons past, simply because college baseball bats won't have the same ping they used to. In addition, Mike Bianco is the king of smallball, or for the unversed, the acquisition of runs one single base at a time. These bats most certainly benefit that style of ball in that they will force more teams to utilize it.

This could, though, cause problems for a Rebel lineup which was set up nicely for a 3 and 4 hole lineup of Matt Smith and Matt Snyder taking shots at the tennis courts. If early reports on these bats are to be believed, such a strategy won't work this college baseball season. And that's a bit sad, because there's nothing more exciting than a walk-off homerun at Swayze.

The Return of Jake Morgan

The last time we saw Jake Morgan, he took the mound against the Virginia Cavaliers in the 2009 Super Regional with a wad of bloody tissue sticking out of his nose. He had a broken nose, and it looked painful. Despite that, he earned the game one win, and pitched another inning in game two in a series the Rebels would, typically, lose to the upstart Cavs. In that offseason, he had Tommy Johns surgery which meant a year's worth of rehabilitation, setting him up nicely for this season as the Rebels' star closer. His 2009 numbers are impressive, especially his 4-1 record, 9 saves, and 8:1 strikeout-to-walk ratio, lending hope to a team which will likely look to rely on its seasoned bullpen a lot this year. If Morgan can return to his previously dominant state, he will likely be one of the most feared closers in the Southeastern Conference.

The Rebels lost a lot of talent in the offseason. Drew Pomeranz, the #5 pick in the Major League Baseball draft, obviously won't be pitching for us anymore, and we lost several other major contributors as well. So Mike Bianco's most recent signing class will need  to go a long way to contribute to Rebel victories this Spring and Summer.

New contributions on offense start with Zach Kirksey, a speedy outfielder who hit nearly twenty homeruns last year in the junior college ranks. Kirksey is a threat to steal and hits for power. Third baseman Preston Overbey will probably see his name in the seven or eight spot in the lineup, which is pretty good for a freshman entering a team with significant talent returning offensively.  The last immediate contributor will be either Blake Newalu or Austin Anderson. Both are vying for the shortstop position, and while neither appears to be the next Kevin Mort defensively, here's hoping they can do a little more than Mort did behind the plate.

The only new player being relied on as a weekend starter headed into the season is junior college transfer Austin Wright. Wright was drafted in the 23rd round of the MLB Draft last season but decided to pass the money and come to Ole Miss. We're hoping that he doesn't follow the Ole Miss junior college pitcher strategy of letting everyone down in his first year only to contribute heavily during his second, because we will need him to shine. Other pitchers are yet to be determined, but highly-recruited freshman Bobby Wahl from Virginia shows a lot of promise.

Even if the Rebels, once again, break our loyal hearts this baseball season. At least take comfort in the prospects of the simple joys this game will provide over the next few months: short shorts, sunburns, cold beer, hot dogs, and a warm afternoon spent at one of the greatest collegiate parks in America. Then you'll remember why we keep coming back year after year. Hotty Toddy, and Go Rebs!