Red Cup Radio to be Hosted by Rebel Sports Radio

Share All sharing options for: Red Cup Radio to be Hosted by Rebel Sports Radio 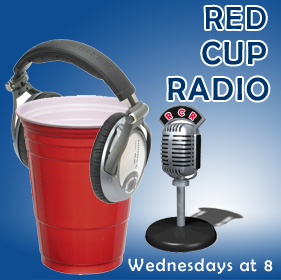 I guess now is as good a time as any to officially announce that starting next week, Red Cup Radio will be a weekly feature on the new Rebel Sports Radio platform. Rebel Sports Radio is, simply, an app you can download for your iPhone or Android device that allows you to listen to original Ole Miss related radio programming 24 hours a day. Already a part of Rebel Sports Radio are Parrish Alford, Steven Godfrey, Kentrell Lockett (no, seriously, he has a radio show now), The EotC Hugh Kellenberger himself, and many others.

We will do what we've always done, and that's namely give our lighthearted, frank takes on the goings on in Rebel athletics from an admittedly biased fan perspective. We'll also bring on guests from Ole Miss and elsewhere as we've done in the past, so you won't have to listen to my voice week-in and week-out.

The show will be initially broadcast on Tuesday/Wednesday (once everything's final, we'll let you know), but through the app (download here) you'll be able to listen to it anywhere.

Gone, unfortunately, is the live chat feature afforded to us by TalkShoe, something wich a handful of you seemed to enjoy every Wednesday night. We'll try to keep this as interactive as possible, though, and will entertain questions or discuss topics left to us in a weekly radio thread and via Twitter.

Once we hammer out the details and get everything official to you, we hope you'll join us and make this as enjoyable a radio show as possible.