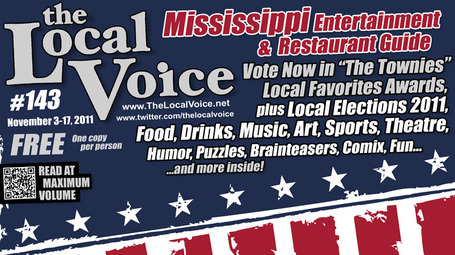 Considering the state of both the Rebel football program and its opponent this weekend - the Kentucky Wildcats - as well as what the latter is most renowned for, we feel it appropriate to use this biweekly space of ours to focus on the clean slate that is the 2011-12 Ole Miss men's basketball team. Trust us, it's better for the health of the author as well as the sanity of the reader if we take this detour; we will have plenty of time to wallow in football self-loathing in December and January, so we might as well use up whatever optimism we have left for now.

Tonight (Thursday, November 3), the Rebels unofficially begin their basketball season with an exhibition against North Alabama in the Tad Pad. The team will obviously cruise through that, but it should be interesting to see what we fans can clean from the scrimmage. The biggest thing to hopefully take away is how good or bad our newcomers look during the game. It may not seem like much, but their play in this game could determine a good bit about how this team lines up and plays during the first few weeks. Four years ago, Chris Warren and Trevor Gaskins were neck and neck for the starting point guard role. They both played a good bit in a preseason exhibition, but Warren's play in that game earned him the first start of the regular season. The rest is, of course, well known to Rebel basketball fans. Fast forward four years later, and we're looking to replace Warren's tremendous contributions to our program at point guard. Who will step up and take his spot? Will it be sophomore guard Dundrecous Nelson, who has the capability to be a prolific scorer? Will it be newcomer Jarvis Summers, a traditional pass-first point guard from basketball powerhouse Provine High School? Will another guard step into the spot and earn playing time?

There are so many questions this "meaningless" game will help us answer. With forward Murphy Holloway's renewed eligibility came talk from head coach Andy Kennedy that he would like to see Terrance Henry play the "three" more. This would place Henry, a 6'9" forward, in a situation where he could exploit tremendous mismatches. He will likely have at least four inches on everyone he matches up against at that position and has shown some good development since his freshman campaign. With Henry's skill set, he could be a terror to opposing teams if he's not relied upon to be a rebound-grabbing board banger down low. If Kennedy is really interested in using him in that position, tonight will be our first chance to witness how the team will flow with three big men, Henry, Holloway, and Buckner, on the court at the same time. It could be a recipe for tremendous success.

Speaking of Holloway, tonight is our first chance to see him back in the red and blue after a year as a South Carolina Gamecock. Holloway was our favorite player while he was at Ole Miss due mostly to his tremendous hustle and disregard for personal safety. He aggressively pursues rebounds and fearlessly gets as close to the rim as he can, regardless of who is defending him. If he can get other players around him to match his intensity, something which we've lacked in the past, his impact could be felt with more than simply the ten points and seven rebounds per game he brought to the team as a sophomore.

[Edit: This went to print before we knew about Kendrick's sports hernia surgery which will keep him out three weeks.] Tonight is also your only chance to see what Memphis transfer and former McDonald's All-American Jelan Kendrick brings to the table until mid-December. A transfer from Memphis, Kendrick will have to sit out a portion of the season due to an NCAA ruling on his departure from the Tigers program. Still, the wait should be worth it if Kendrick's hype is to be believed. If the Rebels go far this year, they'll need Kendrick to play like the player he's capable of being. Kendrick is another matchup nightmare for opponents and plays aggressive defense. While he's not a magnificent scorer, he should be fun to watch. What makes him truly intriguing is the role he is expected to play in our offense. Despite having the body of a small forward, Kendrick will likely run the point in order to take advantage of size on the offensive perimeter as well as utilize his tenacious defense more effectively. Watching a point guard that is six-and-a-half feet tall should be exciting, to say the least.

After this exhibition, you'll need to wait another week for the real season to begin on Friday, November 11th with a home matchup against Louisiana-Monroe. We at the Cup encourage everyone to attend the game. It's a great way to show support for the program, and it will be an easy win which, let's be honest, we all need to see at this point. Go. Be loud. Stick around until it's over.
I know that pundits say this every year, but it remains true that this basketball team has the potential to make the NCAA tournament this season, but they're going to need some legitimate fan support in order to do so. Loud crowds can have a huge impact in the cozy Tad Pad, and they seem to matter much more in basketball than football. The only thing we can do to help the team is to attend games and yell. Do those, because we Rebels are starving for wins anywhere we can get them right now.