TLV #141 or "Why oh Why Can't We Get this Quarterback Thing Right the First Time?"

Share All sharing options for: TLV #141 or "Why oh Why Can't We Get this Quarterback Thing Right the First Time?" 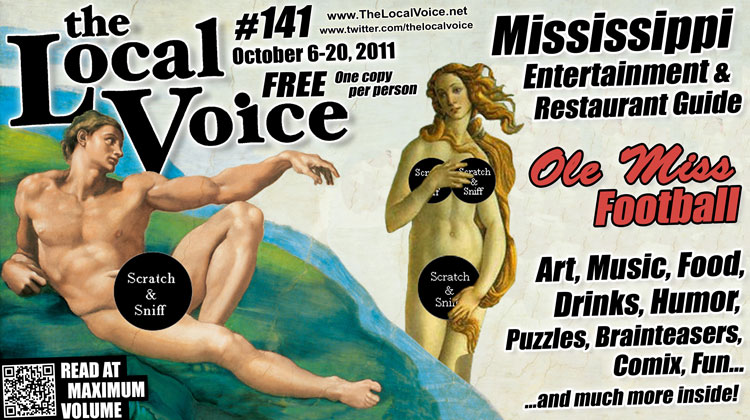 During the week leading up to the Ole Miss Rebels' home opener against the Cougars of BYU, head coach Houston Nutt and offensive coordinator David Lee named Barry Brunetti, a sophomore from Memphis, Tennessee, as the starter at quarterback. The six-foot tall, 200 pound dual-thread signal caller had been impressive enough during Rebel practices to earn a shot to start at the most important position in football in the NCAA's most demanding football conference. After much speculation, gesticulation, and guesstimation, the Rebel coaches had found their man to lead the Rebel offense on Saturdays.

Or, so they thought. Barry Brunetti lasted all but a few minutes against BYU. He was not horrible, per se, but he certainly was not the athletic, accurate quarterback we Rebel fans believed him to be, and he seemed a bit lost on the big stage. After a handful of generally underwhelming drives, Barry Brunetti was pulled in favor of Zack Stoudt, the once third-string quarterback who transferred to Ole Miss this past winter from an Iowa junior college.

Stoudt looked surprisingly capable, making some difficult throws, managing his offense, and generally displaying a confidence that the young Brunetti seemed to lack. The Rebels did not win against BYU - due in part to a fumble given up by none other than Zack Stoudt which led to a Cougar touchdown - but the fans and coaches were generally pleased with what everyone was able to take away from the loss, namely that Zack Stoudt was the quarterback the Rebels would rely on this fall.

Fast forward two weeks past a ho-hum victory over the FCS Southern Illinois Salukis to the Vanderbilt game. The annual "why did we lose/not beat them by more than four points" game the Rebels have had to suffer through for the past decade was, perhaps, one of the most embarrassing in recent memory. In a game which many Rebels expected to be, at the very least, a close and hard-fought contest, our squad was listless, weak, incapable, and downright embarrassing. To boot, the once admired Zack Stoudt transformed himself and the coaching staff into public enemies (although much moreso for the coaches than the quarterback) by throwing a whopping five picks, most of which were on seemingly desperate heaves downfield.

Fast forward, once again, two more weeks past a frustrating close (but not close enough) contest against the Georgia Bulldogs to the Ole Miss' football program's first ever trip to California, with the Rebels taking on Fresno State on their own turf. This game saw Randall Mackey, the highly touted Junior College transfer originally from the storied Bastrop, Louisiana high school program, earn the starting nod and, frankly, impress in a way neither Brunetti nor Stoudt could do.

Against a program which, over the past decade, has earned a reputation as a "giant killer" of sorts, Mackey looked confident, knowledgeable of his playbook and receivers, calm, and deliberate, as he passed for 214 yards and a touchdown while adding 35 more yards on the ground. He was accurate and seemingly making all of the right choices, with most of his incompletions being drops or intentional incompletions, such as throws out of bounds. He forced his opponent to respect his mobility as well as allowed himself enough time for the plays to develop. But, most importantly, Mackey didn't turn the ball over once.

So why is it that, five weeks into the season, we are just now understanding just how valuable Mackey is as an offensive weapon?

When it comes to decisions regarding his quarterbacks, Houston Nutt continues to make bizarre or even wrong ones.

Randall Mackey was, for much of the offseason, named the starter at quarterback. He had been geared for this position after spending a year in the Ole Miss program without playing but, with just a few weeks to go before the season, had that taken away from him after a (largely meaningless) arrest in front of the Lyric Theater on the Oxford Square. Buried in the depth chart as some sort of punishment, Mackey and his starting gig were passed by both Zack Stoudt and Barry Brunetti, the former of which has shown that he is not ready to compete at a higher level while the latter of which has hardly gotten an opportunity to play.

That is perhaps the most befuddling element of this whole manufactured quarterback controversy; that Barry Brunetti was actually named the starter at some point, even though the coaches clearly did not and still do not trust him to run the Rebel offense. He was yanked after throwing only a few passes against BYU and ever since, aside from a bizarre running play against Fresno which amounted to nothing, Brunetti hasn't seen the field.

Just think about that, if you will. The guy who was named the starter for the Rebels' biggest opening game in several years was pulled after barely playing and hasn't done anything since. Doesn't that raise a few interesting questions, namely "what was he doing there to begin with?"

Once again under the Ole Miss football leadership, the Rebel squad seemed downright lost during the first few of weeks of the football season, led by quarterbacks who didn't know their role in an offense which didn't know its function. And while the team seems to be settling into its identity, one can't help but wonder what could have been of the Rebel losses thus far had there been more clarity at quarterback.

It does seem to us that Mackey will remain the starter for the remainder of the season and, presumably, into next season. In an ideal world, this is something that we would have known long ago but we'll take this sort of stability when we can get it.