TLV #142 - Where we Make Some Concessions to Arkansas Fans

Share All sharing options for: TLV #142 - Where we Make Some Concessions to Arkansas Fans 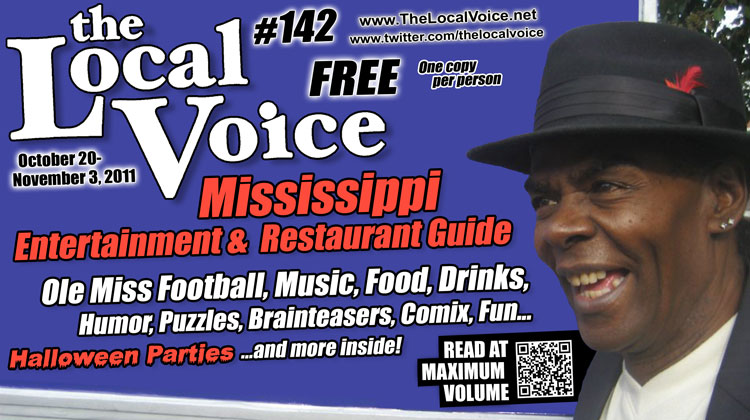 This weekend marks the biannual occurrence where our university and the fair Southern hamlet which surrounds her calls the hogs to spend a weekend with us Rebels. Slipping out of the towns and villages which pepper the Ozarks and the Little Rock "metro" area (the motto of which might as well be "It's just like Jackson but with a few more Wal Marts"), they'll pile their red trucks and SUVs high with cheap beer, Tyson chicken products, and bizarre pseudo-Texans and, with wiggling fingers waving out of every rolled-down window, make the drive across the father of waters, through the Delta, and over the bluffs which lead into Lafayette County.

We, largely, will not enjoy this.

That is because we Mississippians are, mostly by circumstance and no fault of our own, a rather provincial people. It isn't that we dislike outsiders - we are the Hospitality State, after all - it's just that we've been trained to think of situations as having an "us vs. them" element to it. Hell, we're even quick to turn on our own people if there's a proper schism to be exploited. Just look at the attitudes held by Mississippi State fans towards we Rebels if you feel that any confirmation of this is needed.

In this sense, Arkansans are hardly different than we Mississippians. They're just as wary of those who would potentially oppose them as we are. Considering that, it makes perfect sense that such attitudes would reveal themselves in particularly ugly fashions when one of theirs, shamed out of his own home state, would effectively become one of ours. Overnight, by taking in their public enemy #1, we placed all relevant criticisms and burdens therewith squarely upon our own shoulders and, after two victories over the Razorbacks, were largely fine with that onus.

"Let them say what they will," we argued, "because they're all high on meth or drinking crazy water again."

Well, after staring at what is likely the tenth SEC loss in a row, something no Ole Miss coach has ever accomplished since the founding of the conference in the 1930's, we Rebels would like to backtrack on that confidence. You Razorbacks did, in fact, have good reason to dislike Nutt. Now, disliking us by proxy is silly, but read me out on this, because I'm going to tell you where you went right.

You called our enthusiasm for our new head coach foolish, warning us that he would lose games by margins and in ways that would make us want to drink a lot of brown liquor. Erroneous you were in your prediction of Rebel fan behavior in this situation, as such is per the usual at Ole Miss, but you Arkansans were entirely correct to remind us of the headache-inducing losses Houston Nutt teams are prone to suffer. I could point to a half-dozen or so over the past year, but I'll leave it at one word: Vanderbilt.

You called him a "quarterback killer" and whatever terribly unclever misspellings thereof you could come up with, citing gradually poorer quarterback play at Arkansas since his arrival in Fayetteville. This is also largely true. While I do not think he has had great quarterbacks to work with to begin with - he has yet to recruit and hold on to a high school quarterback in Oxford, relying exclusively on transferring athletes - I think it is fair to say that whatever potential a quarterback may have when being recruited by Houston Nutt is likely to not be realized under his tenure. Nobody can put their finger on why this is the case, but it is.

You said he hires yes men; that is mostly true. You said he's a bit of a goober when dealing with the press; this is also true. You said he has an ego; that is painfully true. You claimed he would cause controversy in Oxford, the truth of which can itself be validated by the very column you're struggling to read at this moment.

But you all didn't bat 1.000 with your criticisms of the Houston Nutt regime. He has recruited fairly well over the past two offseasons, putting whoever his predecessor will be in a position to inherit some decent offensive skill players and athletic, yet young, defenders. He hasn't entrenched himself solidly in the Ole Miss Good Ol' Boy Network. And the people you propped up as saints in order to denigrate Nutt, Gus Malzhan and Mitch Mustain, are themselves a  bit overrated, don't you think?

Finally, though - and this can't be stressed enough - Houston Nutt is not a bad person. Of course he is stubborn and of course he has an ego that he has a tough time overcoming, but the same can be said for a lot of football coaches. Such flaws come with the territory. He isn't the monster you all want him to be. He's just a flawed coach who has let the college football game pass him by.

Soon enough, though, none of this will matter. Houston Nutt will no longer coach at Ole Miss, Razorback fans will pester whichever hapless souls end up with the Right Reverend next, and the annual Ole Miss vs. Arkansas game will once again be the SEC contest that we kinda-sorta forget is on the schedule.

So welcome to the newly humbled Oxford. Enjoy your stay, tip your bartenders and wait staff, and clean up after yourselves.