Around the SEC East: Meh.

Share All sharing options for: Around the SEC East: Meh.

I'll have a game preview on Alabama up a little later. In the mean time between time, here's some more things to read.

South Carolina 5-1 (3-1)
Well, this could be multiple columns unto themselves. Journalists in Columbia (besides one) are foaming at the mouth with a number of storylines. The Gamecocks DE-molished Kentucky 54-3, and as Spurrier is wont to do, were still throwing when they were up 40-3. Oh yeah, and Stephen Garcia got kicked off the team for realz. He was benched for the UK game and Connor Shaw said "I got it," going 26/39 for 311 yards and four tubs. Marcus Lattimore continued his impressive campaign, racking up 102 yards on 22 carries. Oh yeah, and USC put up 639 yards of offense. I feel bad about doing that on NCAA 12. Jesus Spurrier, have some compassion for Joker. South Carolina heads to Mississippi’s college town this weekend to take on Mississippi State on CBS in the weekly "What did Dave Neal do to deserve Andre Ware" contest.

Georgia 4-2 (3-1)
Well, Georgia is back in the hunt for the SEC East race to see who will lose to Alabama/LSU in Atlanta this December. The Dawgs downed Tennessee in one hell of a pillow-fight that I didn’t watch. UGA held UT to -20 rushing yards and did not give up a touchdown until the fourth quarter. For what it’s worth, Tennessee is one of the worst rushing teams in the nation. Nonetheless, feshman Isaiah Crowell continues to impress as he rushed for two more touchdowns while Aaron Murray was 15/25 for 227 yards. Mark Richt earned his 100th career victory, probably to the chagrin of many Georgia fans who are, like, so over him. UGA heads to Vanderbilt for a riveting contest that can be seen on ESPN Gameplan at 6:00.

Florida 4-2 (2-2)
Well, Florida was unable to escape back-to-back weekends of back-breaking losses that saw Alabama and LSU down Florida by a combined score of 79-21. The Gators offense is sputtering along these days after RS Sr. John Brantley and backup Fr. Jeff Driskell went down with injuries. UF will basically have to win out to have a shot at the East title as UGA and USC each just have one SEC loss under their belts and neither will face LSU or Bama later. Fortunately, Florida will find reprieve this week in Auburn’s defense. UF and Auburn kick off at 6:00 on ESPN.

Vanderbilt 3-2 (1-2)
As I was typing their record above, I was disgusted even more with our performance against the Dores. Why the fuck do we have to get Vandy’s best punch every year? Why do we schedule them so goddamn early in the year? There is no expletive to express my emotions. Now, as injuries set in, the Dores are putting backups and other players who have no business in the SEC on the field. Thus, James Franklin’s squad looks like its returning to typical Vandy form after a 34-0 licking from the Crimson Tide. That’s all I’m writing about those assholes. Vandy and UGA will play on ESPN Gameplan at 6:00, if you care. I sure as hell don't. 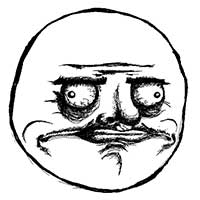 Tennessee 3-2 (0-2)
UT just isn’t very good. They’re not especially bad either, but you can only do so much when you’re averaging less than 50 rushing yards per contest. That average will likely drop even more this week with Tyler Bray sidelined and one of the Sims brothers playing quarterback (I’m convinced that they just rotate around at this point). LSU heads to Knoxville for the 2:30 CBS kickoff. Also, Verne Lundquist. That is all. So, with that in mind, you decide whether it’s worth watching.

Kentucky 2-4 (0-3)
I like writing about Kentucky because it lets me feel what other authors feel when they write about Ole miss. The Wildcats are dismally incompetent on both sides of the ball. After falling to LSU, UK dropped a 54-3 loss to USC in Columbia. Joker Phillips is obviously in over his head and Randall Cobb is clearly much better than I realized. The Wildcats have the week off to recover from their butthurt. If we don't beat Kentucky to get at least one SEC win, Nutt shouldn't even be allowed to defend himself when we decide whether or not to fire him.